Things To Do In Dallas On Tuesday, March 27. 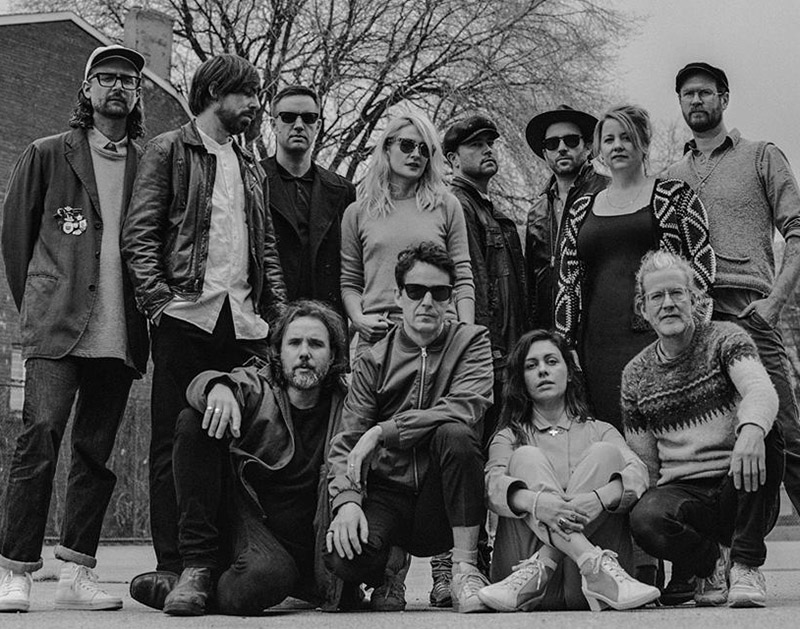 Be Superconnected With Broken Social Scene At House Of Blues, Catch The Fever With 600 Highwaymen At AT&T Performing Arts Center And Watch Mexico And Croatia Duke It Out On The Field At AT&T Stadium.

It’s WrestleMania season in the wrestling world. And as you’ve seen from our past coverage, we’re pretty big wrestling fans.

Of course, WrestleMania is in New Orleans this year. So as the April 8 Showcse of The Immortals approaches, we’re feeling way nostalgic and thinking back to 2016 when WWE put on the Grandest Stage of Them All at AT&T Stadium.

Sure, there were issues with people being able to get into the show on time and the card was a bit meh compared to past ‘Manias. There was the fact that North Texas set a new record for total WrestleMania attendance. That was pretty amazing.

Of course, we’re not sure when WWE will bring the big show back to North Texas. The 2019 WrestleMania is set to take place in New York’s MetLife Stadium. Maybe we’ll be next? We’ll see. And we’ll keep you posted about that and all the other cool stuff that comes through the region. And speaking of cool stuff, check out the list below to plan your evening.

The Fever by 600 Highwaymen at AT&T Performing Arts Center
If you’re looking for some audience participation, then this test of personal and collective responsibility is your best bet tonight. This performance relies almost 100 percent on audience participation. It’s basically a measure of how we interact with each other and how willing we are to be there for others. Still not sure? Check out this video for a taste of what this is all about. Performances run through April 1.

All The Rage at Texas Theatre
This documentary details Dr. John Sarno’s approach to chronic pain. Sarno argued that it was anxieties that caused chronic pains. Though his practices were ignored by most of the medical community, Sarno’s work gained traction and followers. This screening is the Dallas premiere of the 2016 film and will be attended by co-directors Suki Hawley and Michael Galinsky. Screenings starts at 7 p.m.

Broken Social Scene at House of Blues
With its first full-length release in seven years, the 15-member crew put out an album that reminds the public why it fell in love with the indie folk collective from the get-go. The 2017 album, Hug of Thunder, showcases the band’s seemingly endless energy and ambitious approach to making music. Tonight’s show should prove lively, so show up ready to bounce around. Belle Game opens.

Mexico vs. Croatia at AT&T Stadium
When Mexico and Croatia faced each other at the 2014 World Cup in Brazil, the Mexican squad took the field with a bit of a chip on its collective team shoulder. Just a few days before the match, the Croatian team and coaching staff talked mad shit. They said hat it would be the Mexicans’ knees that would be shaking out of fear; they said they had better players at bigger soccer clubs; and they said their strikers had scored against better goalkeepers than Guillermo Ochoa. Of course, Mexico would go on to win that game 3-1. The point is, come get some, Croatia…again.

Hopped Up Cinema: My Cousin Vinny at Alamo Drafthouse Richardson
In this classic, national treasure Joe Pesci stars as an attorney trying to convince an Alabama jury that his cousin and friend are innocent after they’re charged with murder. Hilarity ensues. The screening starts at 7 p.m.

Why Don’t We at South Side Ballroom
In a recent interview with Rolling Stone, the five-pack based out of Los Angeles indicated that it’s not looking to be the next N’SYNC. Less than two years into their collective foray into the music biz, though, it may be too soon to tell. Of course, if the history of boy bands tells us anything, only one of these guys is headed for Justin Timberlake-ness. Of course, we could be wrong. So in the words of Principal Skinner: prove us wrong, children. Prove us wrong.