Things To Do In Dallas On Tuesday, June 12. 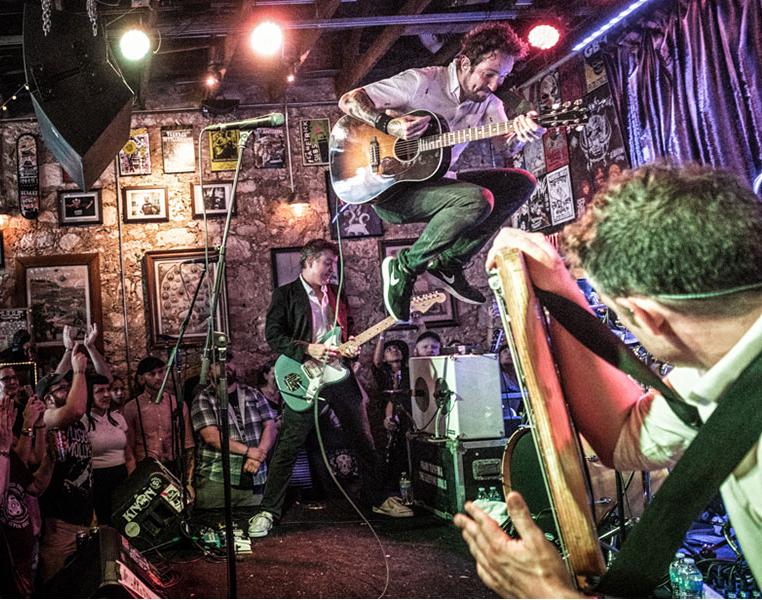 Bounce Over To Frank Turner at House of Blues, Find Your Way to Maps & Atlases, Pick Up Some Tuesday Night Trash or Let The Sun Set on Becca Mancari.

How’s your day going so far? Probably much better than these folks who claim a passing airplane dropped poop through the sunroof of their car, giving them conjunctivitis.

Either way, you can still stand to improve, so here’s a list of happy places to head for the purposes of blowing off some steam, or otherwise forgetting about the outside world for a few.

Because there are some things that can’t be made better with a few sprays of CK1.

Frank Turner & The Sleeping Souls at House of Blues
The English performer responsible for one of our favorite shows of 2017 is back in the Metroplex where he recorded his latest LP. Of that one we said: “[it was] the kind of show that’s too rarely seen nowadays — a bare-bones effort that highlighted musical chops, songwriting mettle and stage presence above all else.” The Menzingers, Lucero and Homeless Gospel Choir open.

Maps & Atlases at Dada
After six years away, the Chicago math rockers are back at it in support of the Lightlessness is Nothing New LP that dropped earlier this month. South African post-punk project Prism Tats opens.

KXT Sun Sets: Becca Mancari, Andy Pickett at Dallas Arboretum
One-third of Alabama Shakes frontwoman Brittany Howard’s Bermuda Triangle side project, Mancari has another gig of her own. The spacey Americana artist was one of last year’s New Country Artists You Need to Know in the ol’ Rolling Stone.

Sorry Wrong Number at The Magnolia
The classic suspense thriller from 1948 returns to the big screen for one night only. A chance to relive the horror of those days when we still had landlines and those silly things almost ruined our murder plots.

Natalia Sylvester at The Wild Detectives
Author Natalia Sylvester will be on hand to present her new book Everyone Knows You Go Home, a fictional work that deals with the complicated issue of immigration head on, from the inside out.