Leon Bridges Is Still The Truth. 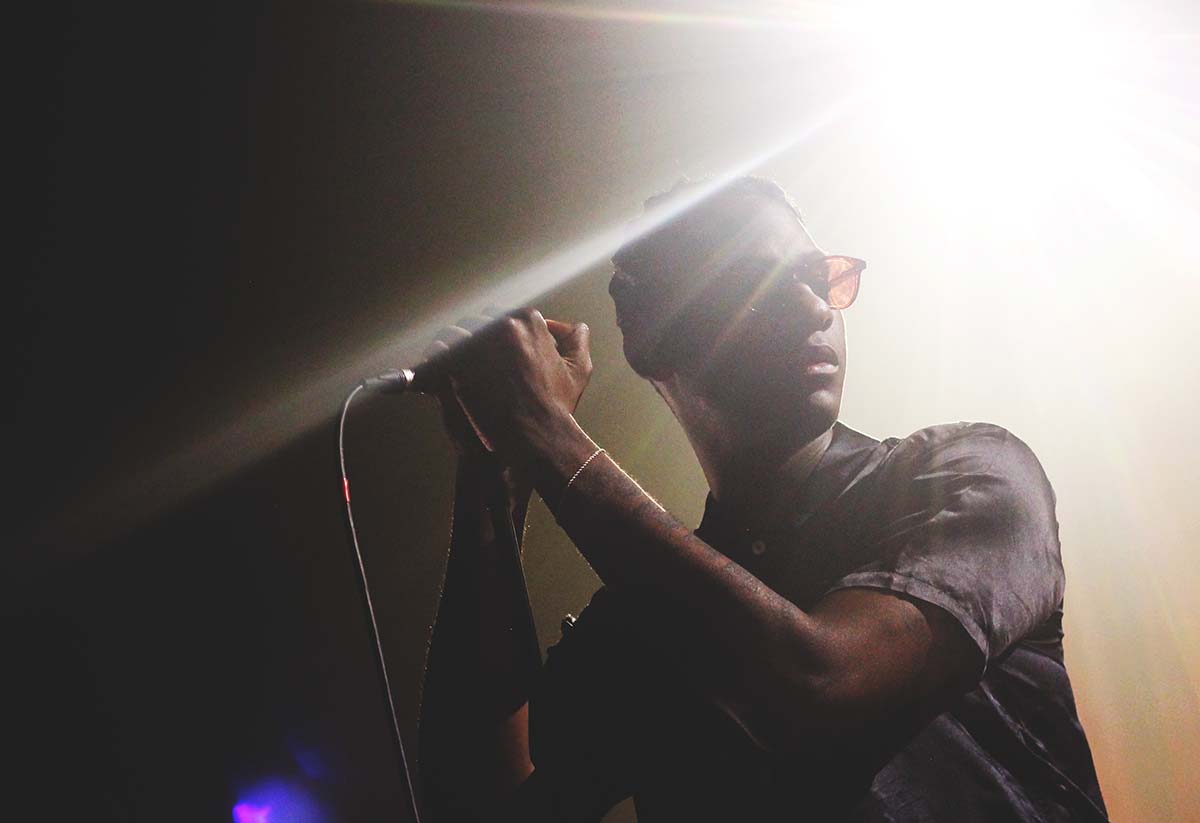 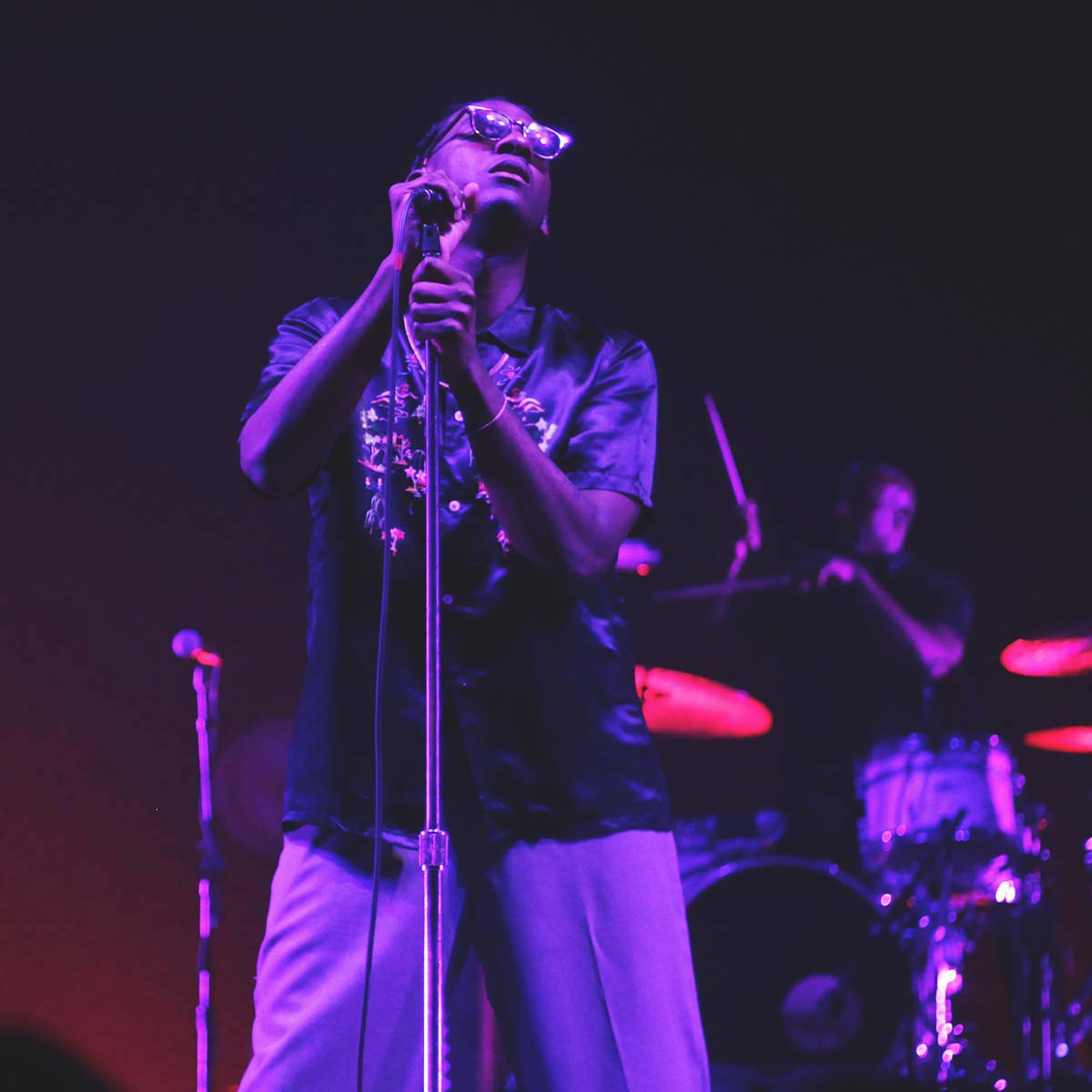 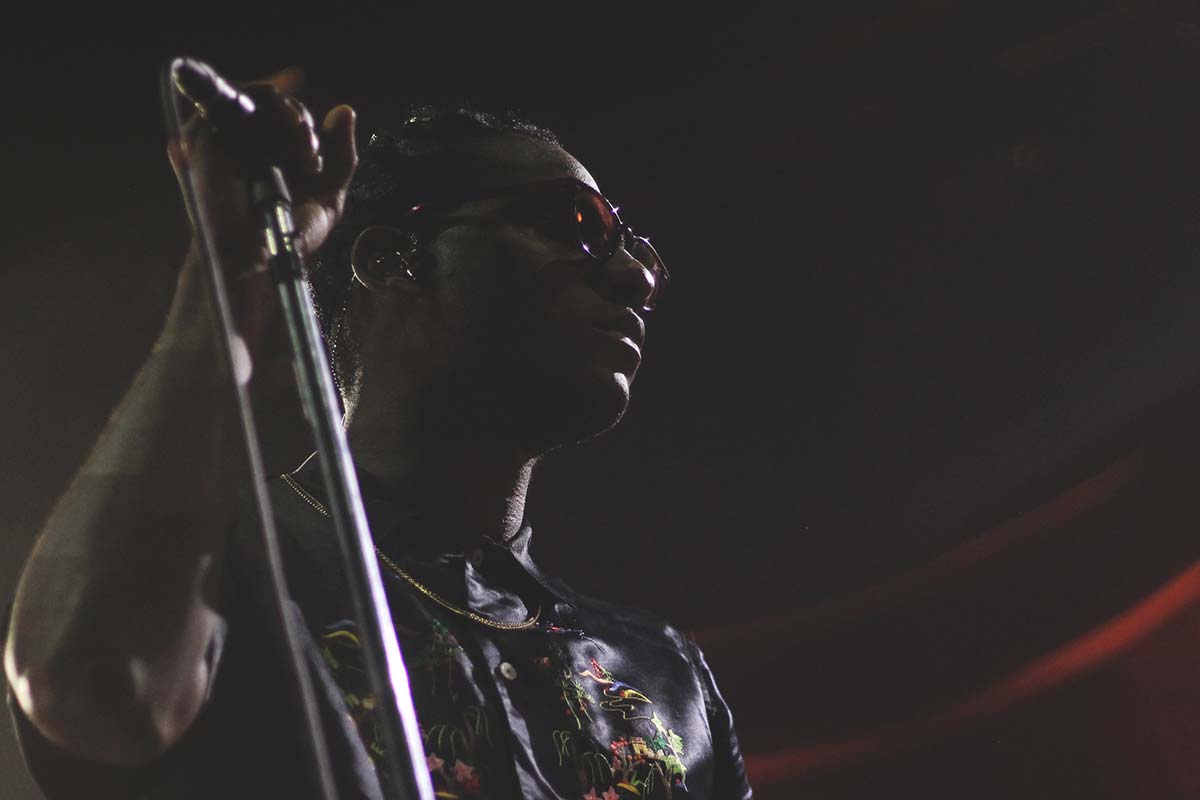 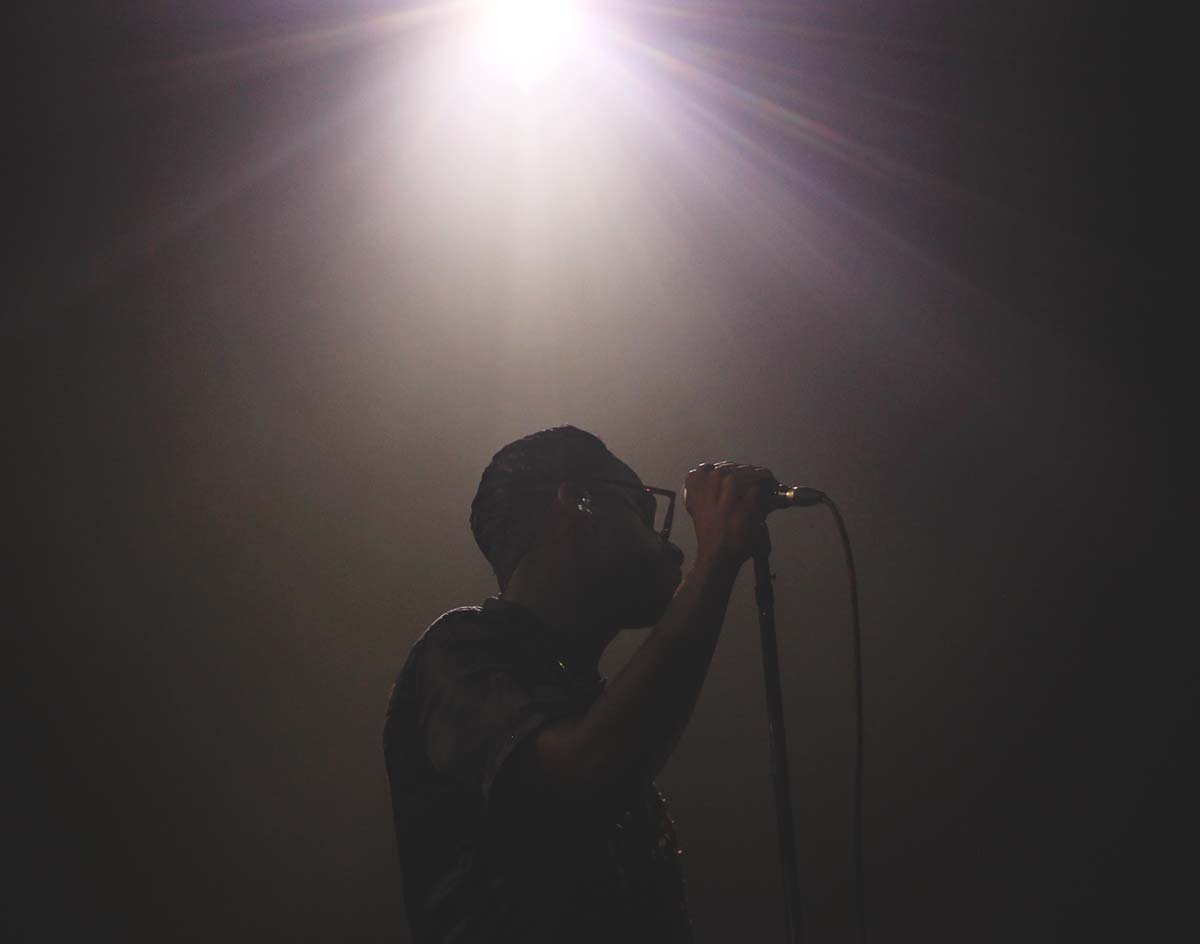 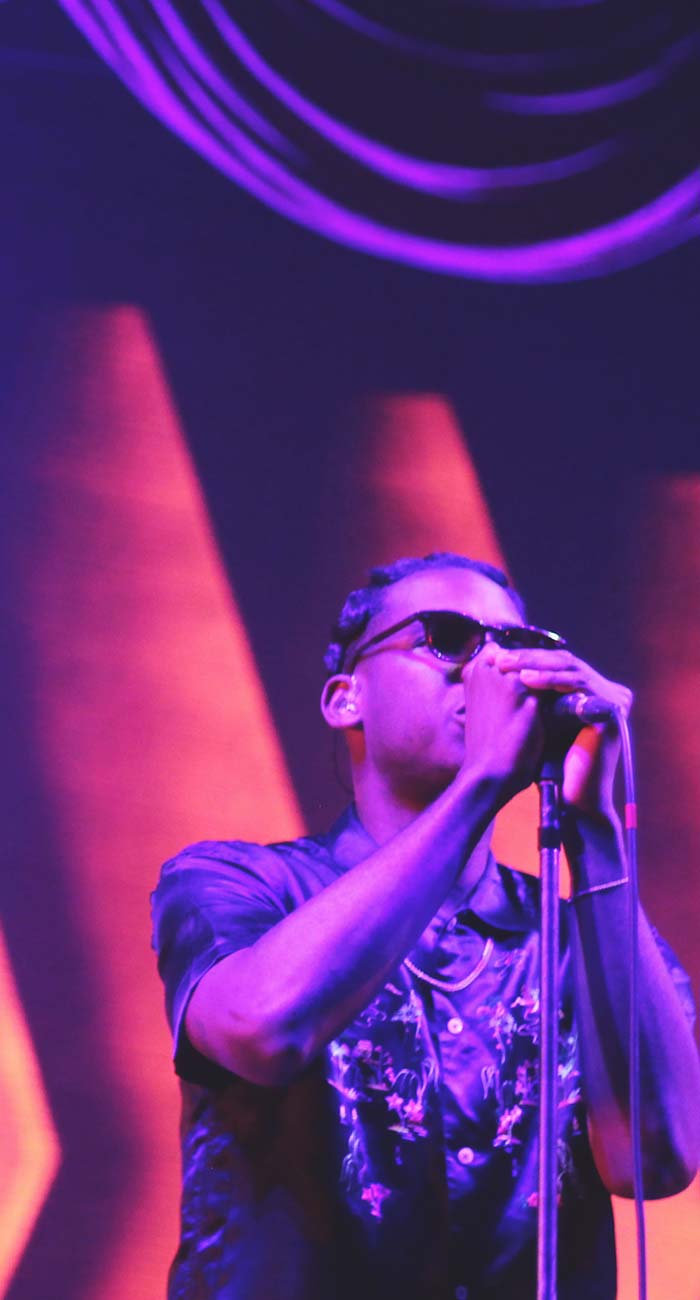 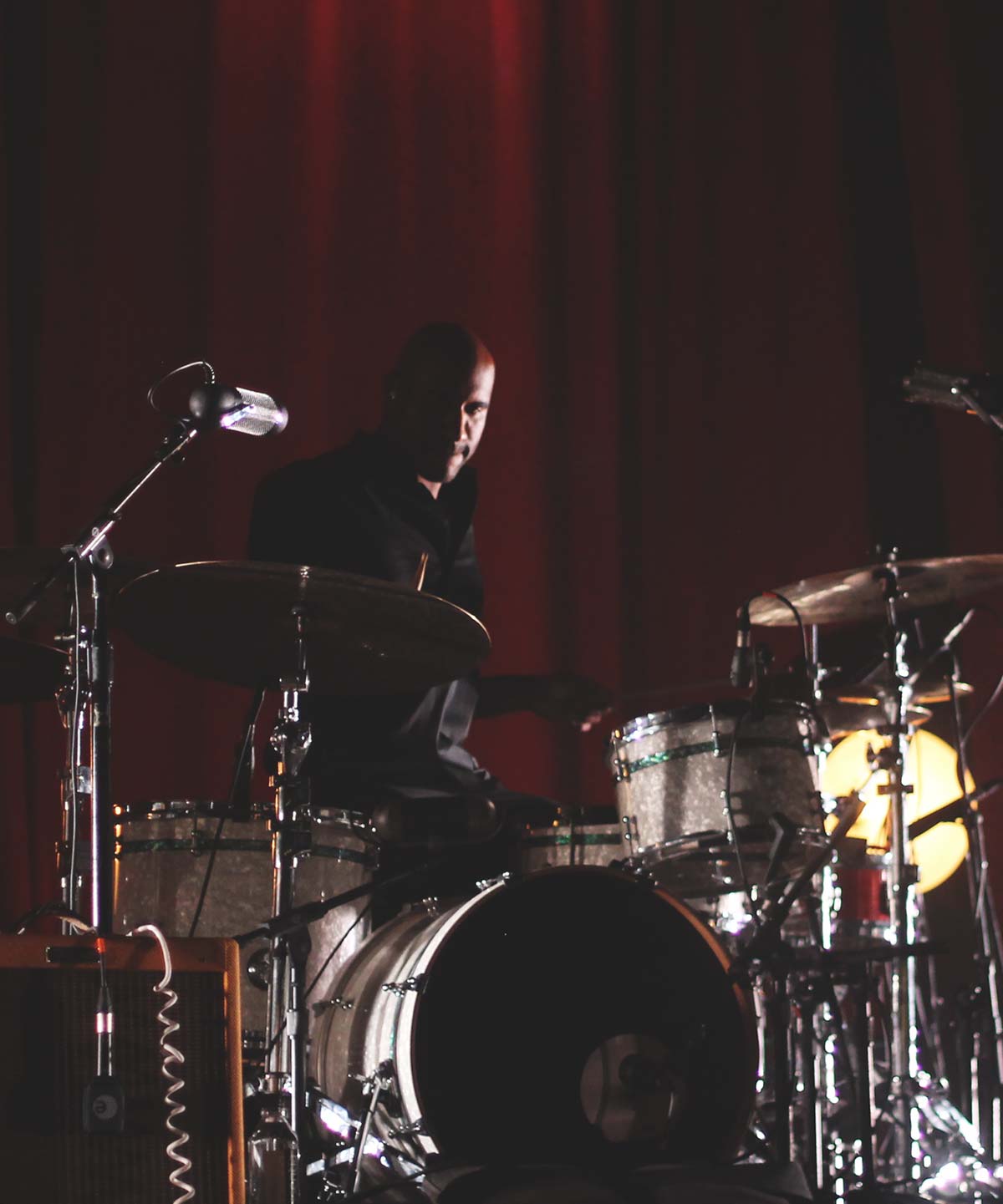 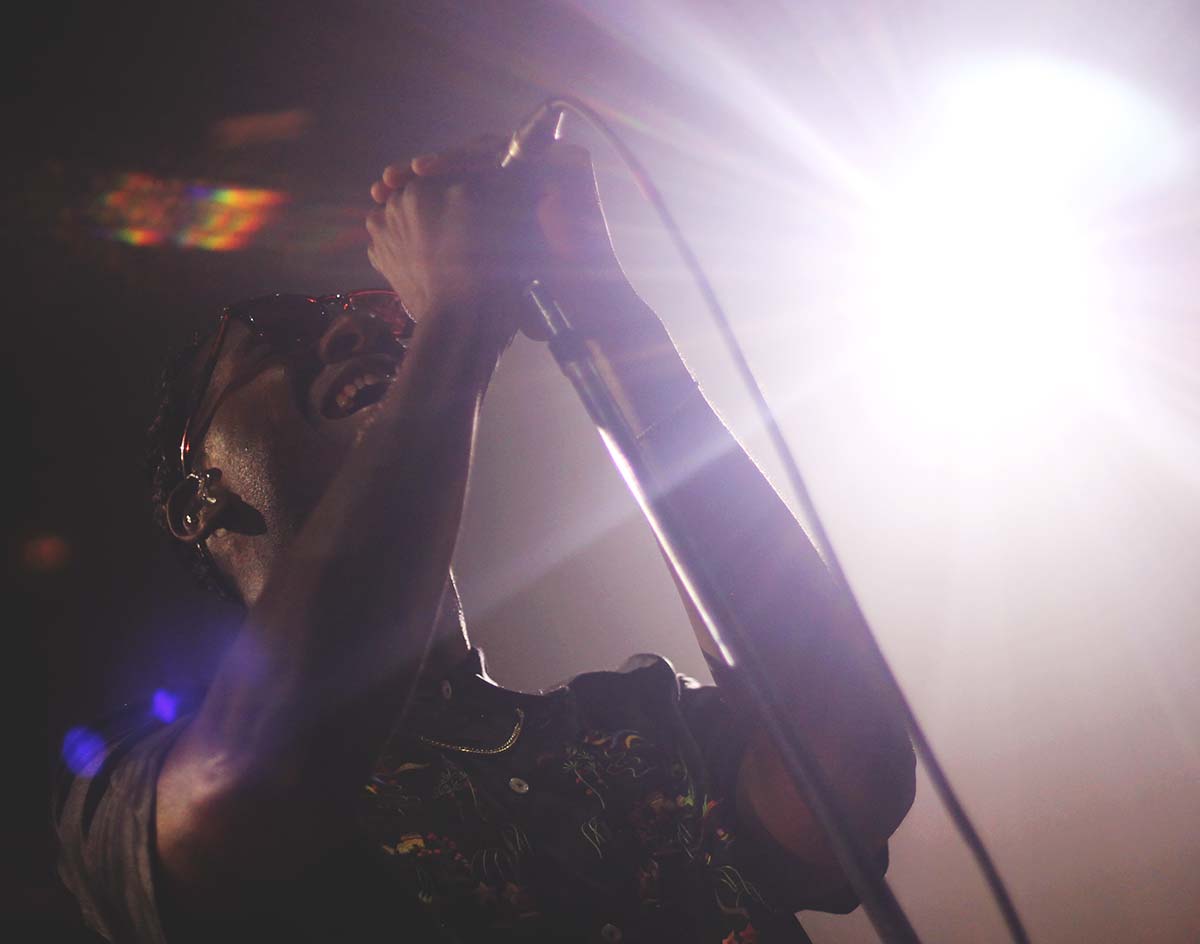 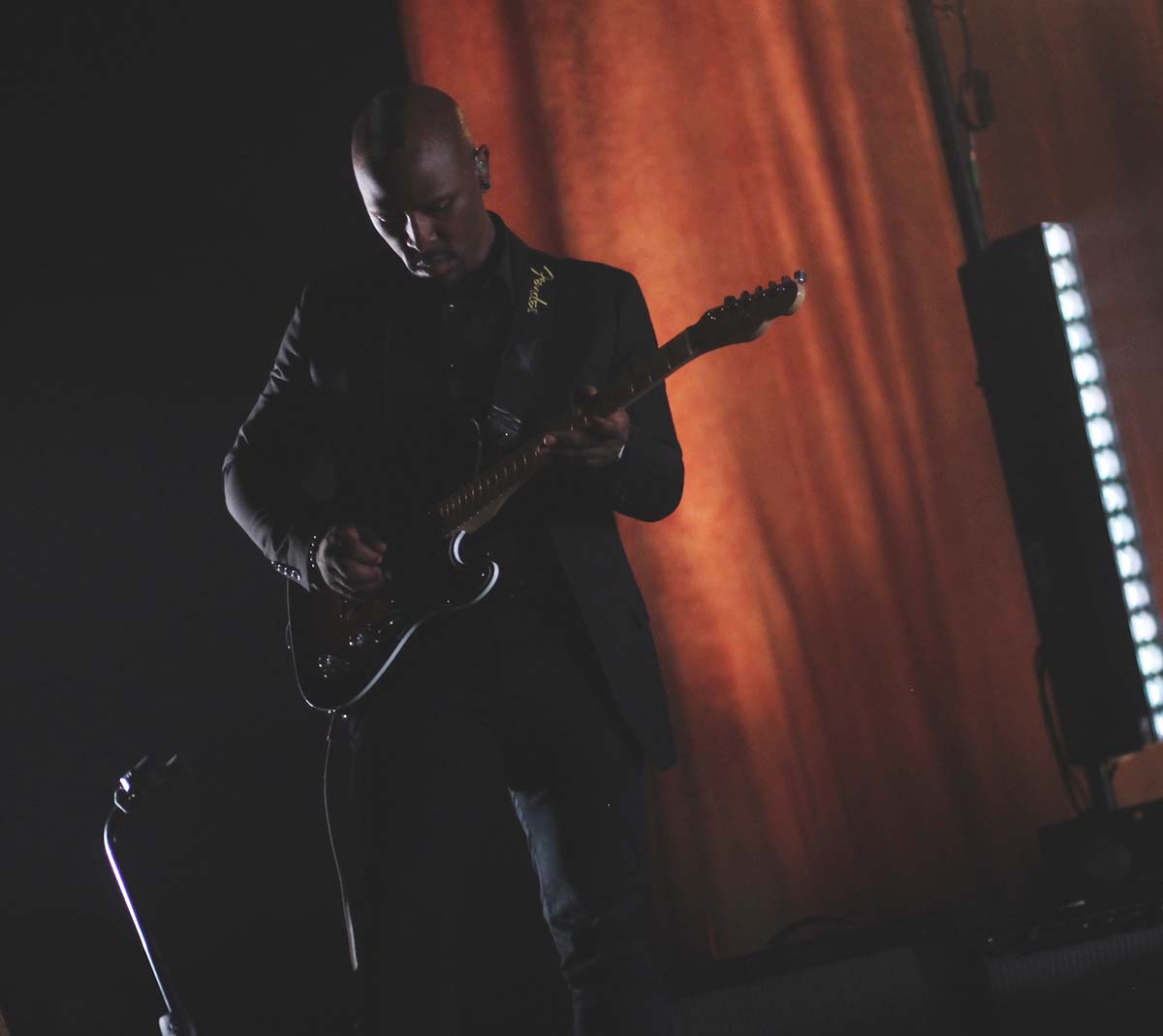 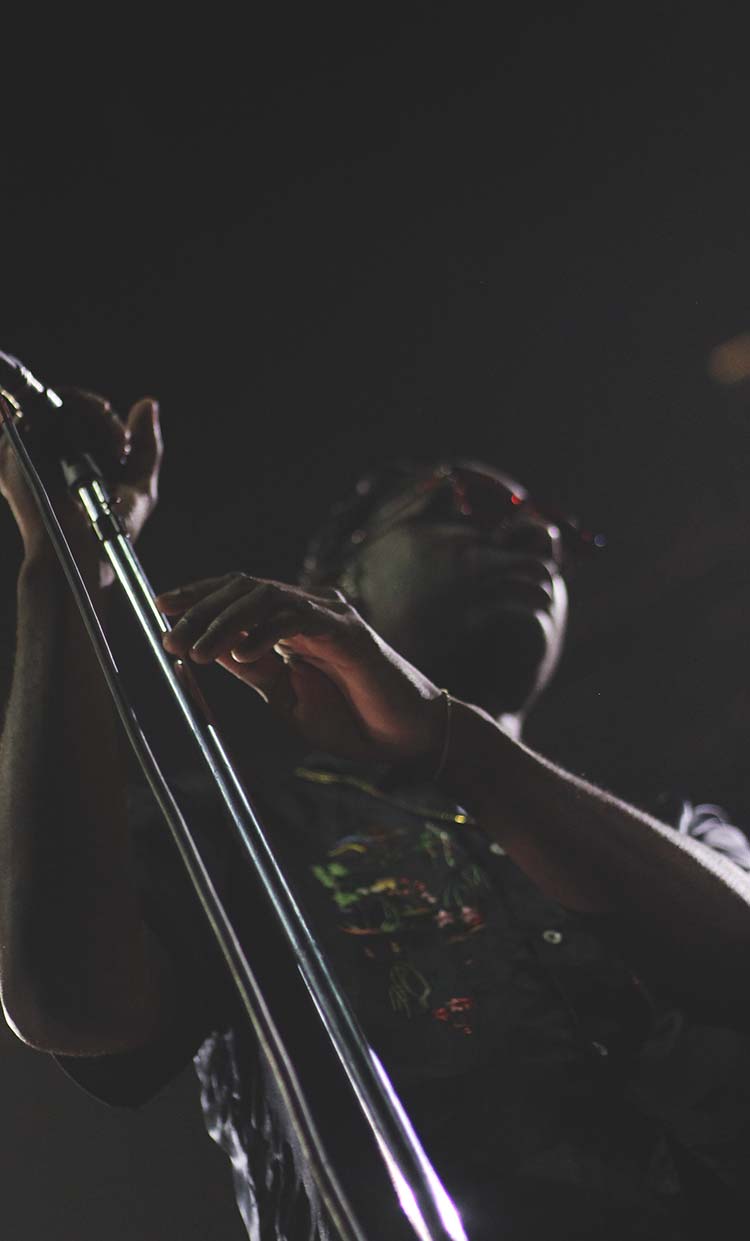 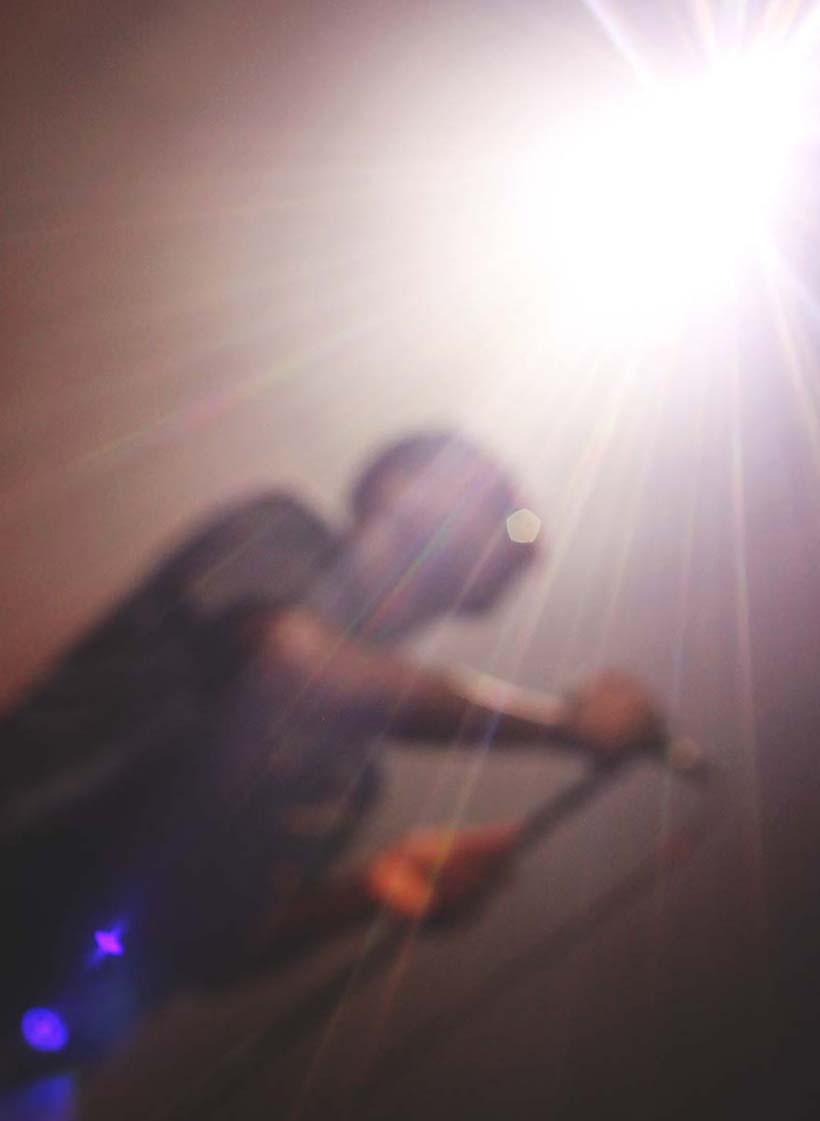 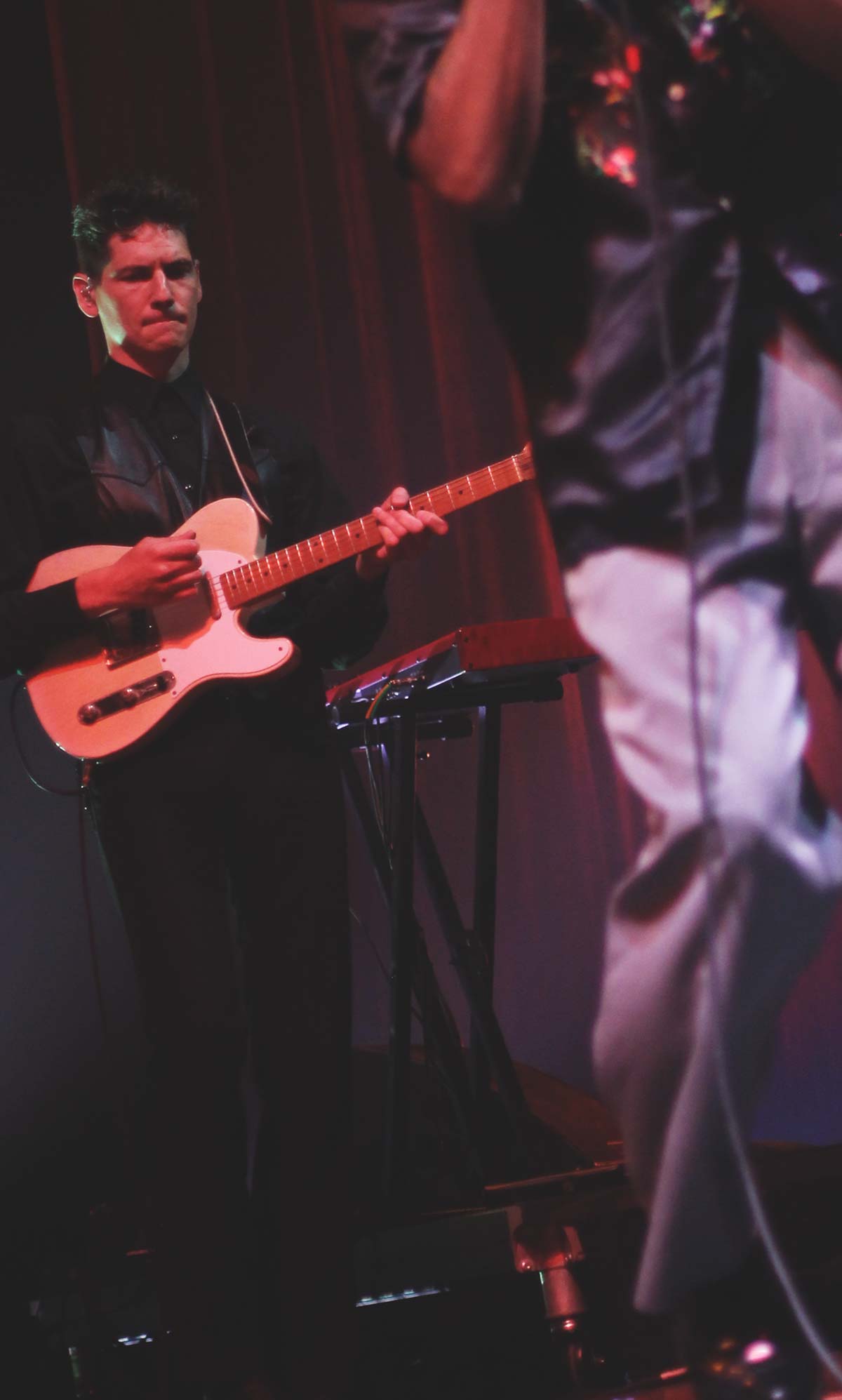 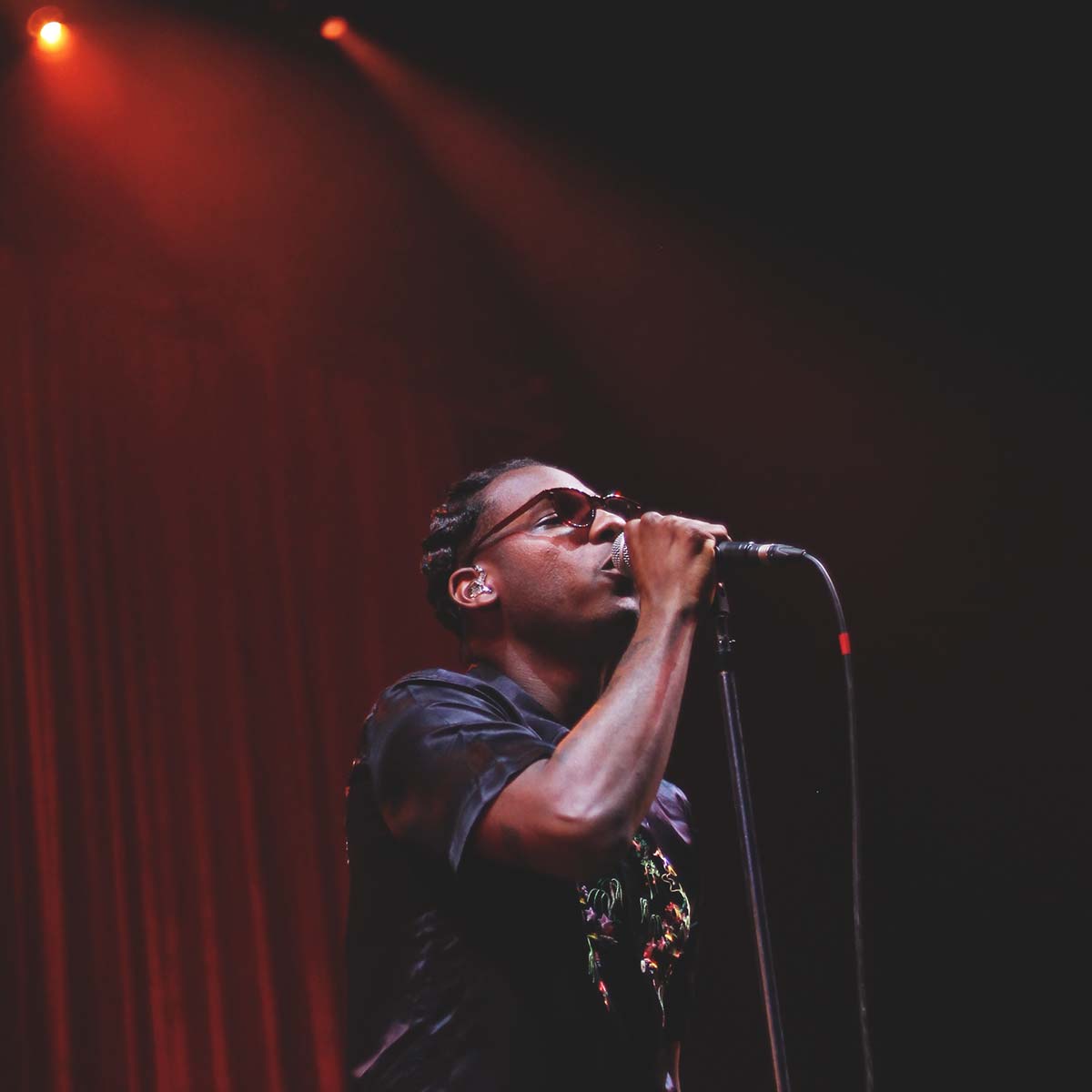 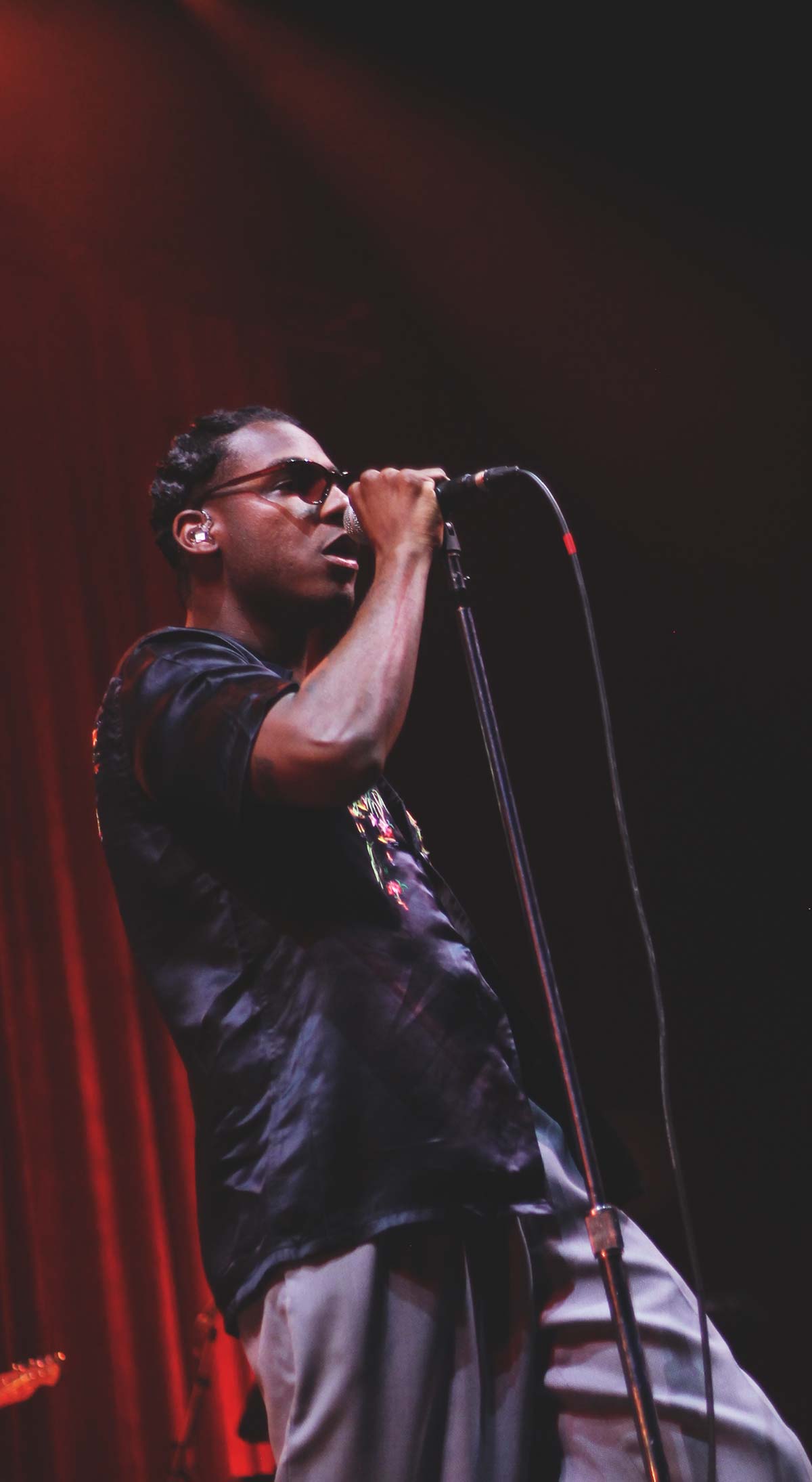 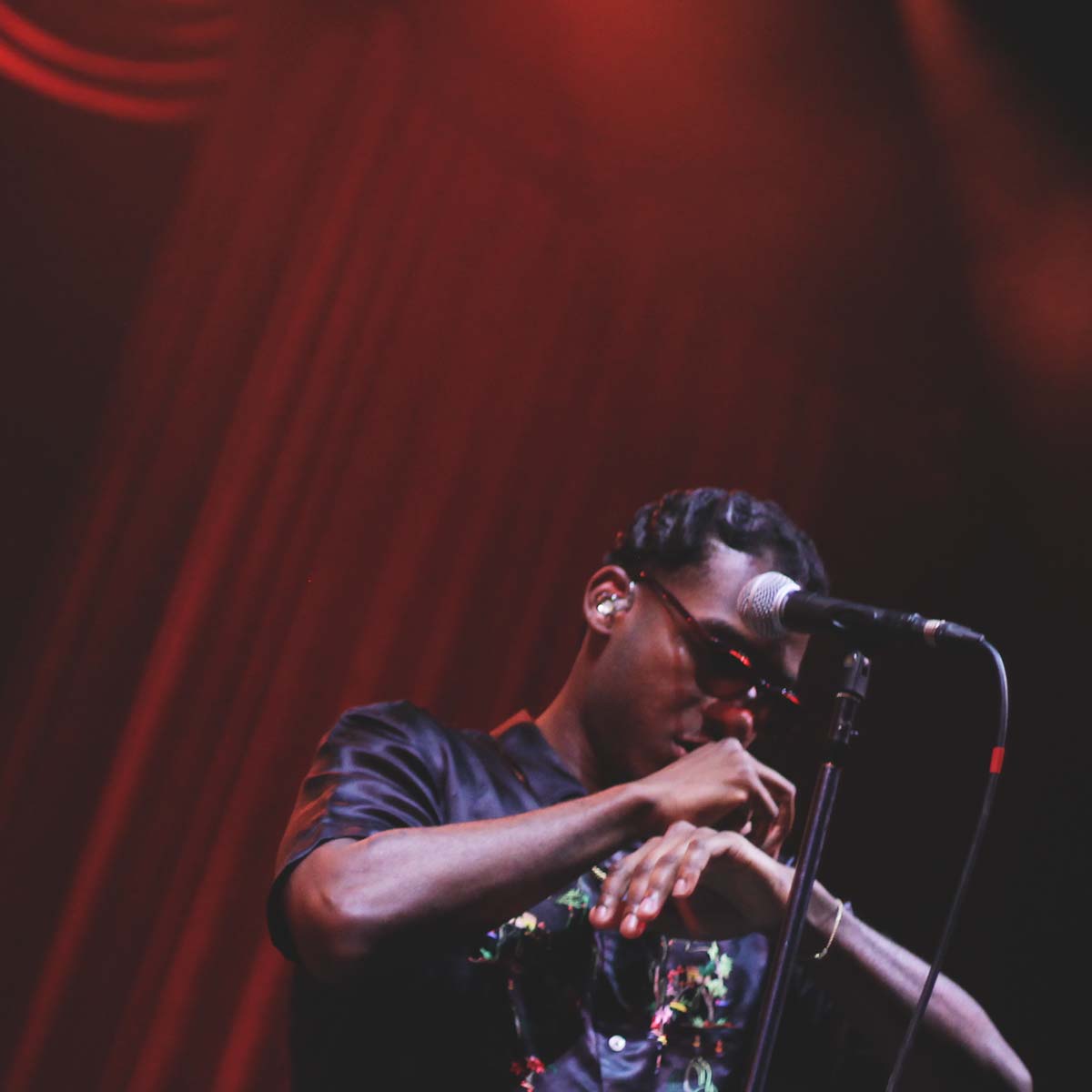 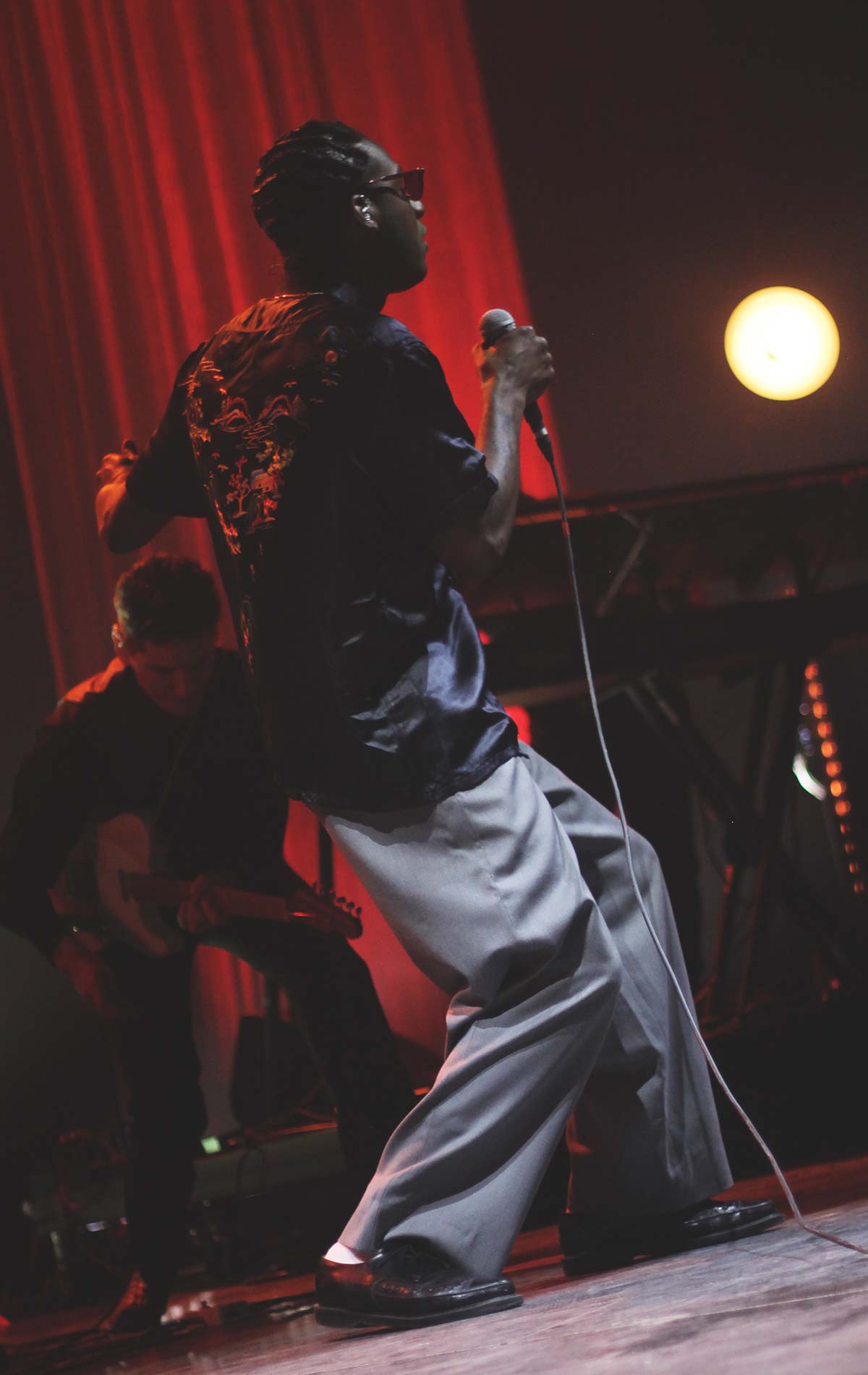 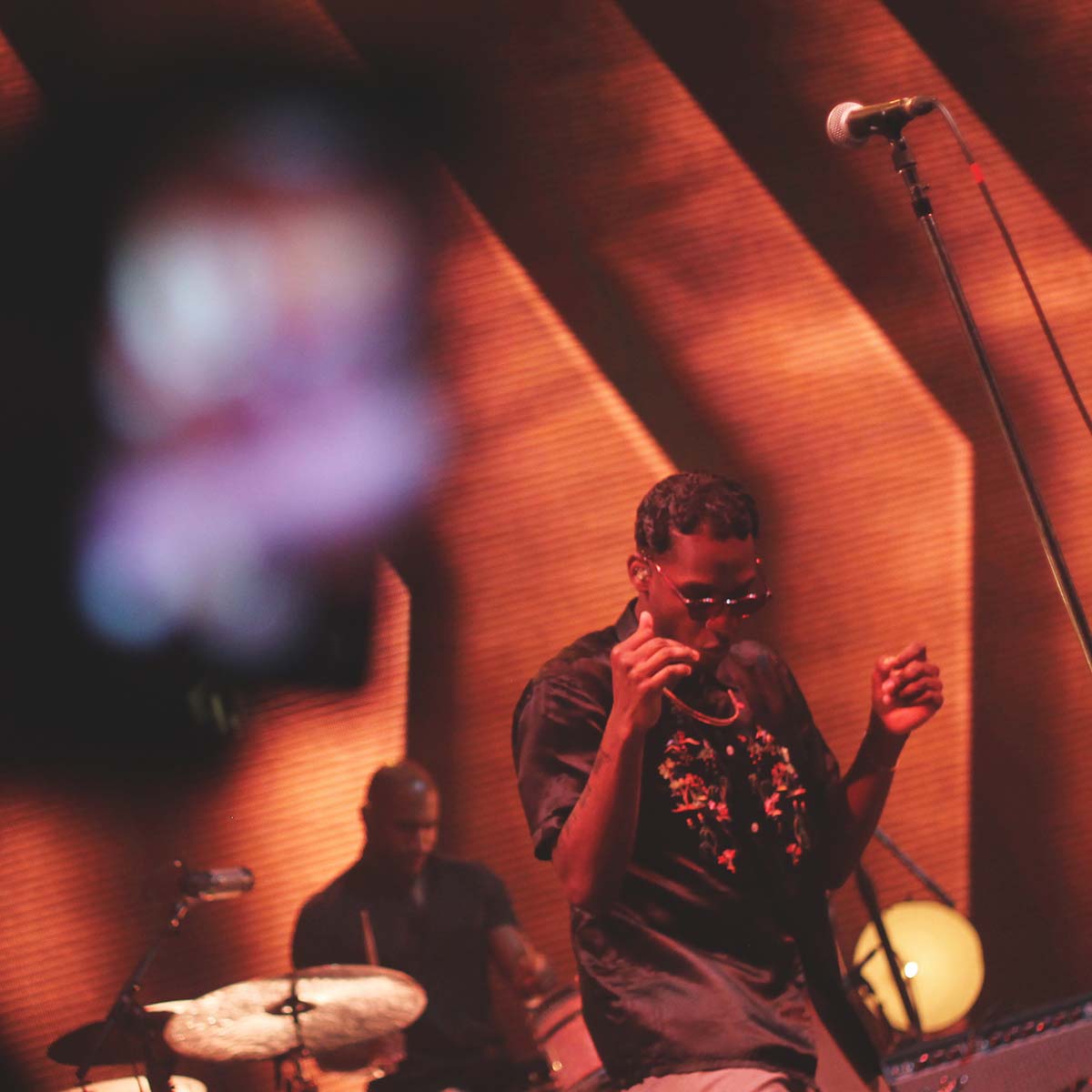 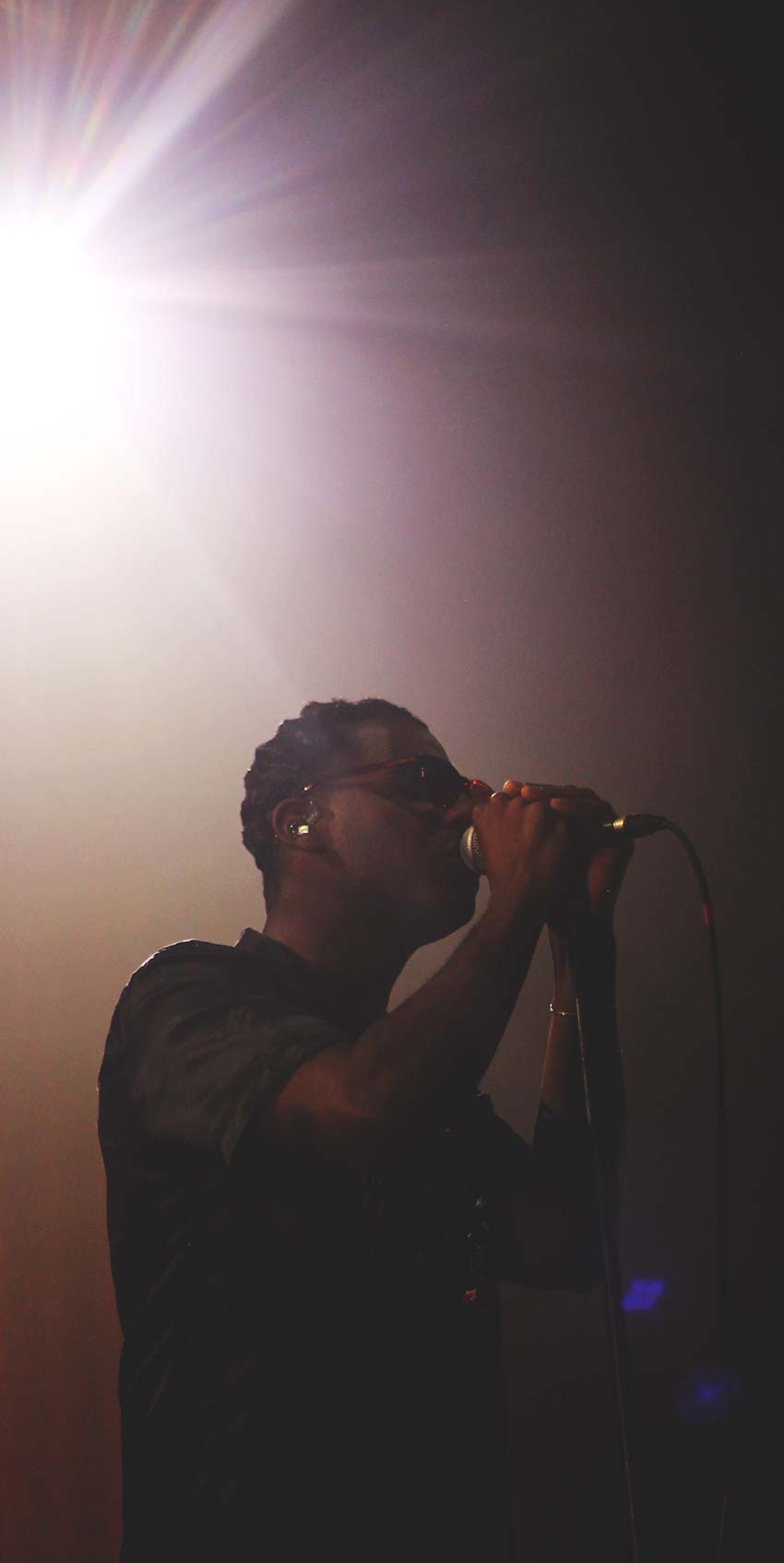 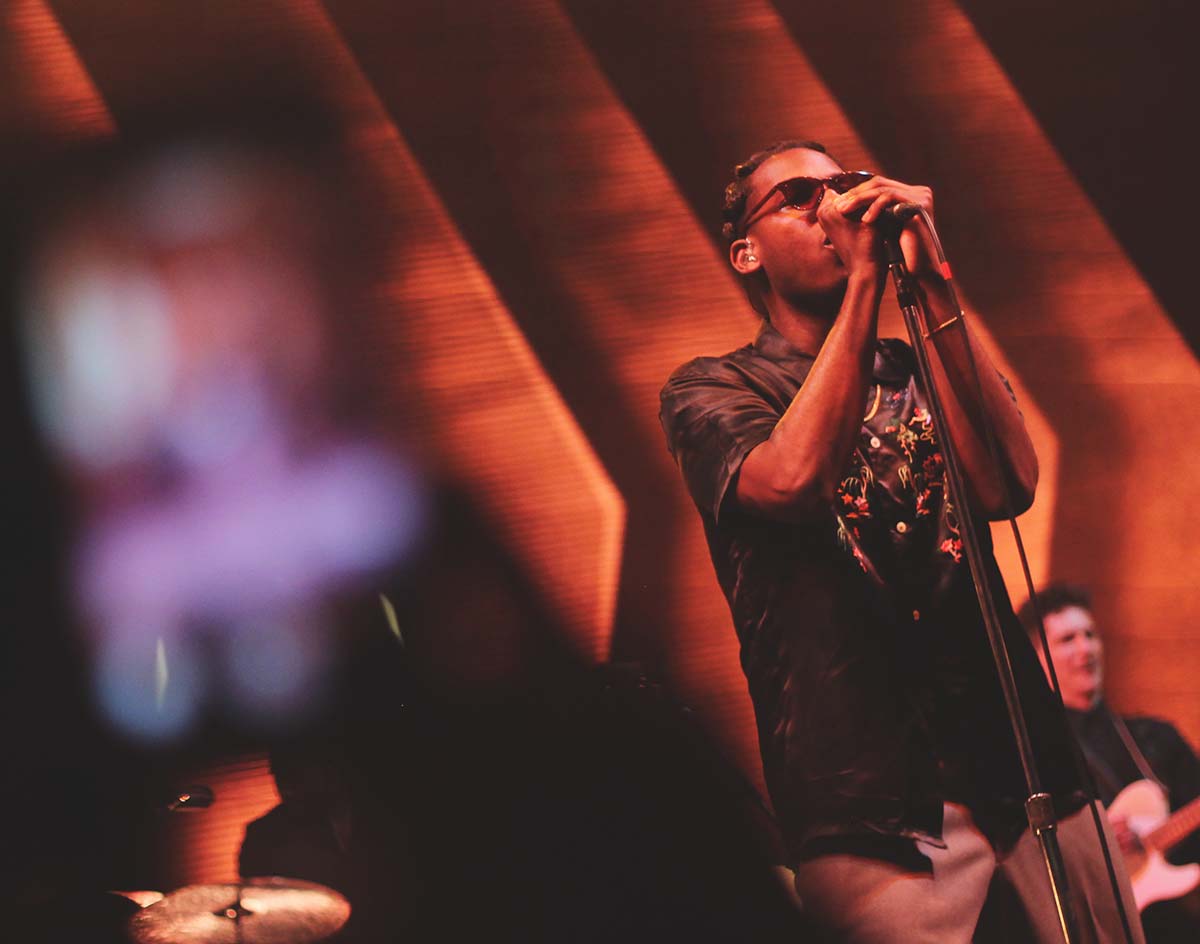 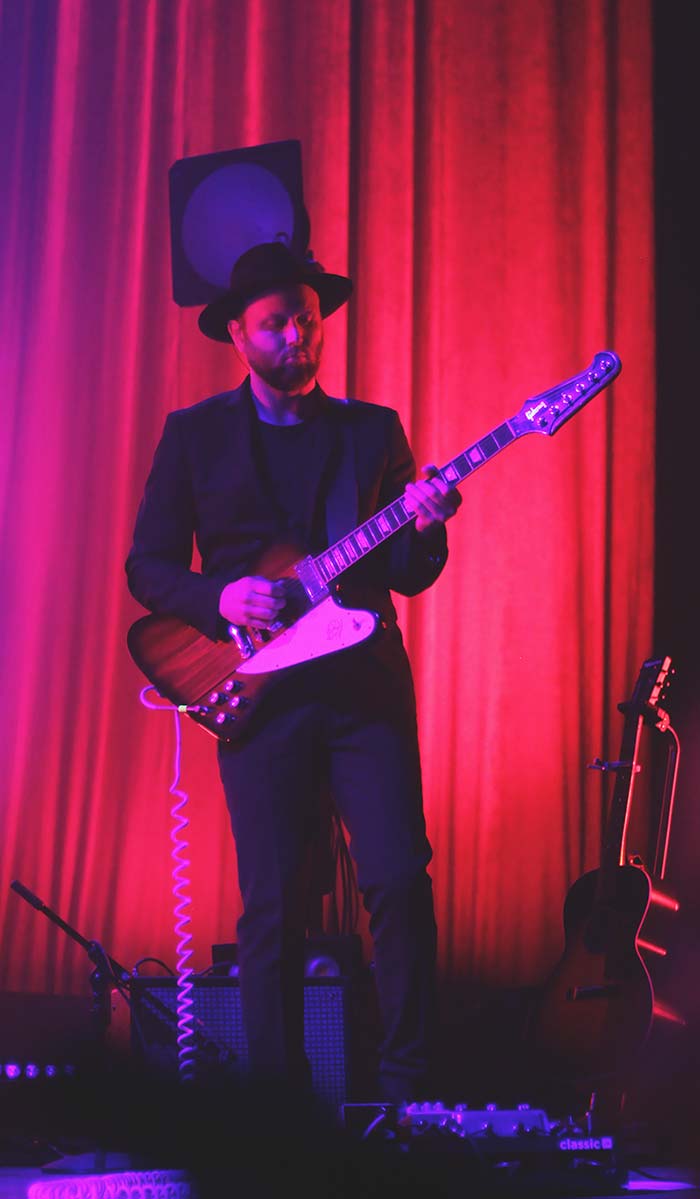 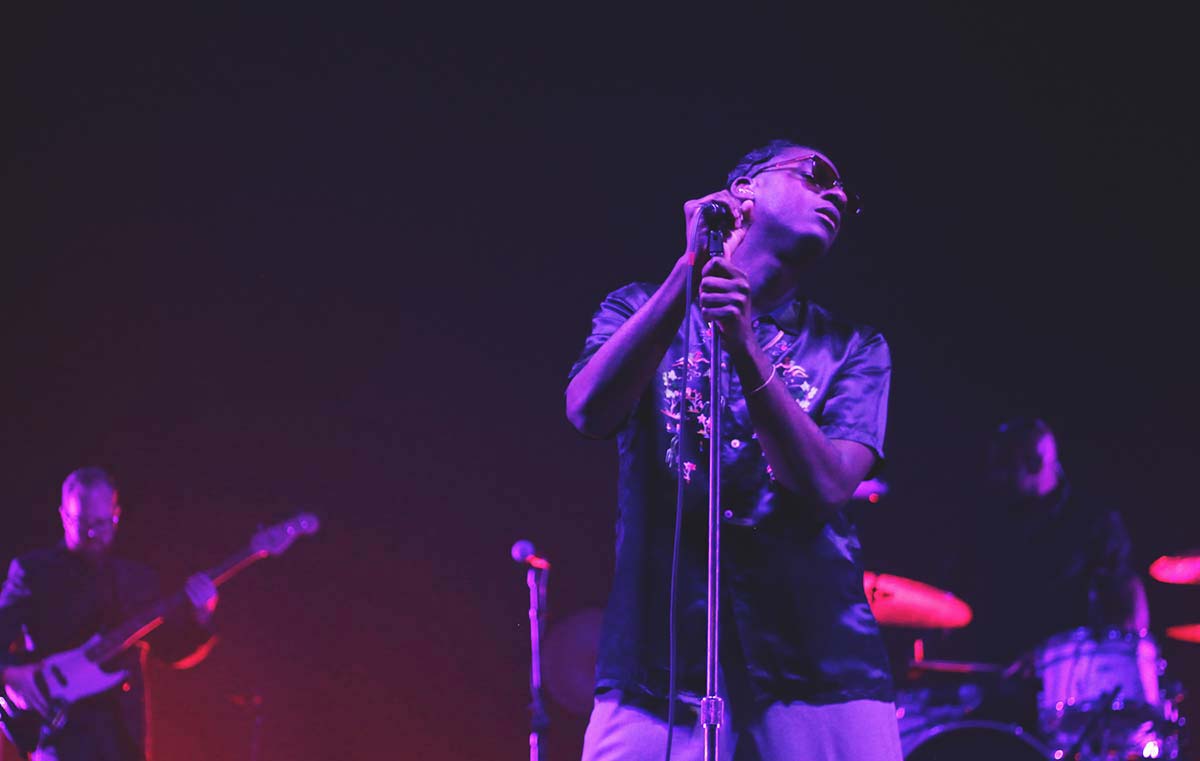 The Fort Worth Crooner Proved A Few Things While Celebrating The Release Of His Latest Album With Hometown Fans On Saturday Night.

On Saturday night at The Pavilion at Toyota Music Factory in Irving — sorry, but that will never not be a mouthful — a few undeniable truths came to light about Leon Bridges, who was celebrating the release of his sophomore Good Thing LP in front of a hometown crowd.

Let’s run them down.

1. The Kid from Fort Worth has sure come a long way since opening for Whiskey Folk and Wesley Geiger at Three Links just four years ago.

No shade to those other acts or to the venue in question, each of which appears to be doing just fine on their own, thanks. But it still brings a smile to our faces to recall that, just a blink of an eye ago, Bridges was resigned to winning over crowds of dozens (as opposed to the almost 8,000 hometown fans he performed in front of on Saturday) and angling to open up shows for his fellow locals as opposed to former members of One Direction (as he did in arenas throughout South and Central America last week while opening for Harry Styles).

In those days, Bridges could be seen somewhat timidly picking at a guitar to give his attention-grabber of a voice a bed to float upon; on this night, he might’ve only once pulled out the instrument, but he reduced the otherwise steamy venue to chills as he did so, performing his gospel-inspired cut “The River” with the backing of his spare electric guitar to close out his pre-encore set. That’s maybe not the most difficult song to play on the guitar, granted, but it was clear in the instrument’s brief cameo that Bridges is a better guitar player these days than he used to be, nowhere near as shy about his abilities now as he was back then.

Hey, when Barack Obama and Will Smith count themselves among your fans, it’s bound to do wonders for your confidence, which was on full display as the 28-year-old Bridges, following an opening set from The Late Show house band Jon Batiste & Stay Human, strutted his stuff across the Pavilion stage on Saturday night, capably acting as his own dance crew and hype man throughout his almost 90 minute-long offering.

2. Leon Bridges has found his voice.

And I don’t just mean his vocals, although those too are greatly improved these days, as should be expected after four years of them being put to the test on a near-nightly basis. Rather, I mean his sense of self.

Between the releases of his two albums, I ran into Bridges outside of a DJ Sober party at the It’ll Do and found him in that moment to be thoughtfully uncertain about what his next step might be following the success of his debut Coming Home LP, realizing full well that a throwback sound had elevated him to fame but might not be the thing to keep him there. What that meant for his sonic direction, well, he wasn’t so sure in that moment; he just knew it meant something, and that his new material was going to somehow reflect it.

The most impressive thing about Bridges’ May 4-released Good Thing is how it answers those concerns. Across its ten tracks, the album manages to be both backward- and forward-thinking, toeing that line with the agility of dancer (fittingly) and all the while playing to Bridges’ strengths. Far less the clear throwback album that Coming Home was, Good Thing is a mostly contemporary soul album (lyrically, see the very modern ankle-breaking basketball references in “Bad Bad News” and calling towns by their nicknames in “If It Feels Good” and “Georgia to Texas”) that just so happens to boast a classic sheen (shout out to strong songwriting and ace musicianship). This isn’t to say that it doesn’t have its nods to the past — it definitely does (“Beyond” borrows its bridge’s melody from Prince, and “Shy” lifts its verse melody from Starship) — but the difference is that Bridges is no longer hiding behind those cues so much as using them for his own means.

Indeed, if Bridges established himself as a talented mimic on Coming Home, he proves himself on Good Thing to be capable of steering his own ship. And while the differences between Bridges’ two albums justifiably dominated the discussion surrounding Good Thing‘s release, they get thrown out the window in live settings. Performed within the context of one another, the differences between the songs take a backseat to their similarities, which center around Bridges’ vocal talents and the abilities of his crack, mostly Fort Worth-based backing band.

If anything, the differences between the material on each of his albums is a strength in live settings, adding a little undulation — not to mention an even grander pop appeal — to the proceedings. That’s the funny thing about constant hand-wringing: While it can in some cases lead to cramps, it can just as easily build dexterity.

3. Leon Bridges is for everyone.

Speaking of hand-wringing: There’s sure been a lot of discussion about Leon Bridges over these last few years, although very little of it has involved the man himself.

In 2015, he was pretty unfairly thrown into the middle of an National Public Radio debate about black identity, although no one ever thought to ask him for his thoughts on the matter. Earlier this year, meanwhile, a similar debate reared its head when he was booked to perform at the Houston Livestock Show & Rodeo’s Black Heritage Day and then subsequently criticized for not having a strong enough fan base to justify that booking. In the second instance, when the discussion finally came within his vicinity, he took the high road, skirted getting involved in the debate and offered up a critically acclaimed performance.

While there’s certainly merit to having open discussions like these about race in 2018, I’m not entirely sure that this show review is the place for it or that Bridges’ music necessarily needs to be the catalyst for such talks. That said, allow me to point out this one observation: I found Saturday night’s crowds at the Toyota Music Factory Pavilion impressively diverse — not just in skin color, but also in age.

And there’s for sure something to be said for an artist with such wide appeal. In Bridges’ case, it’s a testament to the fact that his music is able to pull off the rare feat of being inoffensive and interesting at the same time. There’s a word for that — it’s called “charm.”

Throughout his set, Bridges’ own calculated brand of charm impressed. While not entirely loquacious between songs, Bridges’ few words to his audience were well-chosen. Beyond announcing that it felt “good to be home,” his few specific crowd shout-outs at this show were reserved for his mother, his father, for the women in the crowd and, specifically, for the single women in the crowd — a set that even he couldn’t help but chuckle at himself for including.

Most savvy and important: Rather than shouting out Dallas, his native Fort Worth or even *gasp* Irving, Bridges exclusively referred to the setting of this night’s show and to the people in attendance as being “DFW,” which meant that everyone in the spot felt included in the proceedings.

As if our nightlife photographers’ regularly spotting of Bridges out and about throughout the region weren’t proof enough of it, it’s clear at this point: Bridges cares a great deal about inclusion and involvement.

4. Leon Bridges is going to be around for a long time.

He may not have been a man of too many non-sung words on Saturday night, but Bridges still made a statement just the same from the stage on Saturday night. And fittingly, he did so without uttering a word himself.

It came about about two-thirds of through the performance — and not long after Bridges employed the tried-and-true musician’s method of conjuring up some applause by walking to one side of the stage and asking how this side of the room was doing and then repeating the same act from the other corner of his workspace. After that move elicited warm but by no means thunderous cheers, Bridges’ next move was downright daring: While performing his debut album’s title track, Bridges dropped his microphone and asked the audience sing the chorus to “Coming Home” in his stead — all of it — on its second pass through in the song.

And the crowd didn’t just do as Bridges requested; it did so confidently, loudly and, more impressive, reverentially.

See, here’s the thing about the truth: It sticks.

It did on Saturday night in Irving and, with two albums worth of material now backing up its gospel, it’s pretty clear at this point that it will continue to do so for years to come.