Things To Do In Dallas On Thursday, September 28. 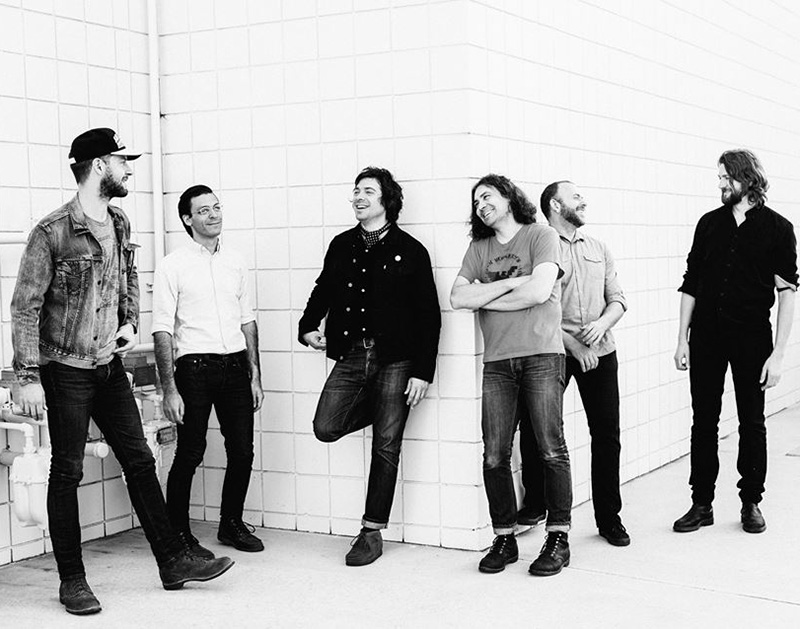 Get Lost In The Dream With The War On Drugs, Keep The Car Running With Arcade Fire And Get Nostalgic With Lauryn Hill And Nas.

The Dallas music market has been sorely missing a music festival, but all that is going to change in less than two months.

The organizers of Denton music festival Oaktopia announced this week that they will be bringing the festival to Deep Ellum on November 17 and 18, specifically to three venues: The Bomb Factory, Trees and Canton Hall. Some of the featured headliners are 21 Savage, Phantogram and STRFKR.We can expect another round of artists in about two weeks.

The founders of the festival cited the Denton market’s difficulty to please and Dallas’ ability to lure big-name acts as main reasons why they decided to move the festival. Well, that and the fact that last year, folks in Denton purchased only a third of the tickets to Oaktopia.

Still, as excited as we all may be that we’re getting a dope music festival here in Dallas, we still have some waiting to do. In the meantime, however, there’s a jam-packed Thursday to get through, so feel free to peruse and plan your night with the following list of happenings. — Obed Manuel

Arcade Fire at American Airlines Center
Arcade Fire’s 2017 album  Everything Now debuted at the no.1 on the Billboard Top 200 in August, making it just the second rock album to do that this year. See what all the fuss is about tonight when the Canadian music collective takes the stage at the AAC. — Kelly Benjamin

The Dig at Three Links
The New York City outfit is bringing its pop rock/indie style to Dallas. It’s been a busy year for the group as they released the full-length Bloodshot Tokyo back in February and the two-track EP Tired of Love in July. KOLARS opens. — OM

Deerhoof at Club Dada
Deerhoof’s latest album Mountain Moves is one the band’s widest ranging album to date in terms of its sound. It borrows from jazz, hip hop, indie rock and to provide a listening experience that is thumping and soothing at the same time. So head on out and be sure to take water breaks in between songs to avoid overheating from all the dancing. Thor & Friends and Christina Schneider’s Genius Grant open. — OM

Lilly Hiatt at The Prophet Bar
Running on the steam of her latest album, Trinity Lane, Lilly Hiatt’s songs focus on the expression of her inner-self, ranging from struggles with anger, depression and anxiety to dealing with pain and grief. Hiatt intricately shares her vulnerability through her musical themes, as well as explores the gender barriers that comes with having certain emotions. — KB

The War On Drugs at The Bomb Factory
Not to be confused with Reagan’s war on drugs, the band brings their tour to Dallas fresh off of the release of the critically acclaimed album A Deeper Understanding. The band has partnered with PLUS1, so that for every ticket sold, $1 will be donated to HeadCount, a program that promotes community engagement and to educates and registers young voters. — KB

Cameron Esposito and Rhea Butler at South Side Music Hall
The comedy duo is likely to be in a good mood and ready to put on a hell of a show when the “Back to Back” national comedy tour comes to town because the couple’s web series Take My Wife has likely been rescued by Netflix after receiving widespread support from fans online.  — OM

LANY at House of Blues
LANY’s electronic, EDM style is a bit of a stark contrast. The lyrics on the Los Angeles group’s tracks are pretty emo, but the beat is one that will get you grooving and dancing. It seems that LANY has bridged the gap between emo and EDM. Check it out for yourself here or live. Dagny opens. — OM