Things To Do In Dallas On Thursday, September 13. 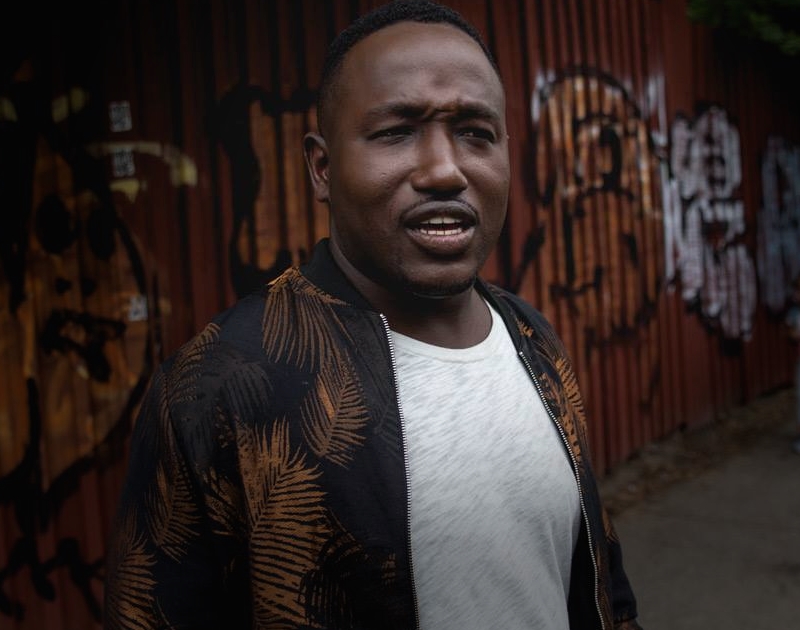 Do Anything For Selena at House of Blues, Laugh-Cry With Hannibal Buress or Expand Your Mind With Some Local, Abstract Art.

If today were Friday the 13th, and not just a run-of-the-mill Thursday the 13th, I might not be advising you to go anywhere in Dallas tonight. You don’t wanna tempt the fates, do you?

Hey, I’m only kidding. I honestly don’t believe any of that noise. The way I see it, superstitious people are the only ones who get bit in the butt by superstitious things.

It’s like someone once told me: “If you don’t believe in it, it won’t happen.”

It’s good advice — if you ignore the fact that my friend also believed he wouldn’t get pulled over going 95 in a 55 miles per hour speed zone. Or that he eventually found himself with five state troopers tailing his ass and helicopter buzzing overhead.

Now that I think about it, I’m not sure what to believe. I just know two things for sure: 1) The next Friday the 13th isn’t until exactly one year from now, on September 13, 2019, and 2) the below list of things to do around Dallas today is fairly spook-free. — Claire Lin

Independencia Festival at House of Blues
Featuring a tribute to the late American singer, Selena. She passed in 1995, but has made one hell of a resurgence in recent years. — CL

Rise Against at Toyota Music Factory
Eight albums and almost two full decades into their career, these left-leaning political punks are arguably bigger now than they’ve ever been. — CL

Hannibal Buress at Majestic Theatre
For better or worse, Hannibal Buress’ obituary is probably going to include a note about how his stand-up routine was what helped bring down Bill Cosby. As the brash comedian brings his unapologetic humor to Dallas tonight, we imagine he’ll be trying to continue to add to a resume that already deserves more props than that one note. — CL

The Office Trivia at Tin Panther
If you know who said the line “I’m not superstitious — but I am a little stitious,” then go and have a great time at this event, which comes complete with themed drinks. — CL

Summer Eclipse with DJs Sober and Bemyfriend at A Secret Location!
DJ Sober, long the king of Thursday night parties in Dallas thanks to his recently ended but long-running Big Bang! weekly at Beauty Bar (and, for a stretch The Travis), teams up here with Bemyfriend, long one of the city’s most-respected DJs (by anyone but club owners who somehow have never given this dude a residency anywhere), for this secret location-hosted bash. It’ll be just like those warehouse parties your aunties and uncles used to attend around here in the ’90s! Expect a packed dance floor. Anticipate much sweat. — Pete Freedman

Boyz II Men at Winspear Opera House
One of the most iconic R&B groups in music history? Here in Dallas? I guess Motownphilly’s back again. — CL

Lucki at RBC
Try not to get “Starstruck” tonight when this long-bubbling emcee — one of Earl Sweatshirt’s favorites, and also an old pal of fellow Chicagoan Chance the Rapper — chops it up with Dallas on stage. Lil Dude, a GoldLink and Goonew collaborator, opens. — Raul Mascorro

Perfect Blue at Texas Theater
This seriously rare film is returning to the theater for its 20th anniversary restoration. — CL

Hyukoh at Trees
This South Korean indie band came out with its newest album — titled 24: How to Find True Love and Happiness — earlier this year after a successful run on Korean variety show Infinite Challenge. Here in the States, they’re most known for one of their song landing in an iPhone X commercial. Inner Wave opens.

LVL Up at Three Links
Get your lo-fi indie rock on at this show — and for maybe the last time, at least with these headliners, anyway. The New York four-piece announced its retirement just before this string of dates was revealed. Dead Sullivan and Skirts get the distinction of opening for them on their way out. — CL