Things To Do In Dallas On Thursday, October 5. 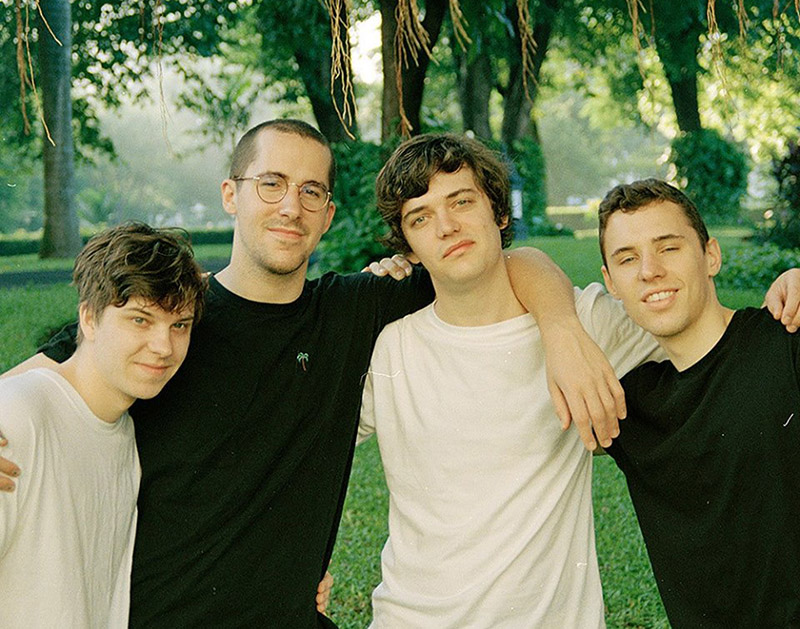 Get Good With BADBADNOTGOOD At Trees, Join The Dollar Taco Club At Bowls & Tacos And Stay Actin’ Crazy With Action Bronson At South Side Music Hall.

Natural disasters have seemingly come one after another in various places. South Texas. Puerto Rico. Florida. Mexico. And as you know, we tried our best to help out where we could.

And local barista Jesus Galvan has helped organize a fundraiser this Saturday at Top Ten Records in Oak Cliff for a group of rescue workers in Mexico in the hope of reminding people that just the TV news crews have left affected areas doesn’t mean the people there no longer need assistance.

The fundraiser will benefit the Topos of Mexico and will feature live music, slam poetry performances and raffle giveaways. He hopes that people who attend understand that any little bit helps at times of disaster.

While Galvan’s hopes for the event are great, the fundraiser is still a couple of days away, and there is all sorts of cool shit going on tonight. So feel free to use the list below to plan your Thursday night out. — Obed Manuel

BADBADNOTGOOD at Trees
The group caught Tyler, The Creator’s eye early on in its career and haven’t stopped receiving well earned praise since. New band member Leland Whitty, a man with many talents, has proven to be a great fit for BBNG. The new album IV is the group’s most flexible and jazz-forward piece of work yet. Apparently, the changes embraced by the boys has allowed its sound to shift in a new direction and we are here for it.  — Marlene Núñez

Tesla at The Pavilion at Toyota Music Factory
The older we grow the more truth we find in the famous quote, “Life is what happens to you while you’re busy making other plans.” This is especially true for band members that have stayed together for as long Tesla’s. These boys have been through thick and thin but always manage to come out on top. Just goes to show that great music will always persevere.  — MN

Morgan Heritage at Gas Monkey Bar N’ Grill
This reggae band composed of siblings is coming in hot with its new release Avrakedabra. The group began creating music around the early ‘90s and lucky for us it hasn’t stopped. The new album features Ziggy and Stephen Marley, two legends in their own right. Avrakedabra is on the hunt to keep Reggae music relevant in today’s ever changing music scene.  — MN

An Evening with Richard Marx & Rick Springfield at Majestic Theatre
These two rock dads have promised to deliver the intimate solo acoustic tour of your dreams. With classics like “Jessie’s Girl” and “Endless Summer Nights,” these two charmers will have you calling your ex whose number you swore you deleted.  — MN

William Clark Green at The Rustic
William Clark Green’s passion for music assumed control of his life while he pursued a degree in Agriculture Economics years ago. We’re glad that he got that diploma, but we are more please he chose to pursue music full time. His breakthrough album, Rose Queen peaked at 34 on the U.S Country Albums charts.  — MN

Action Bronson at South Side Music Hall
Action Bronson is having a pretty good year. Not only did the rapper/celebrity chef/TV star drop his latest album Blue Chips 700 but now he’s getting another TV show on Viceland. The project is formally titled The Untitled Bronson Show and will premiere October 23. So yeah, this guy’s on fire, so you know the stage will be hot when he takes it at South Side tonight. — OM

The Beatitudes at Three Links
The local jam band is kicking off this monthly series with a performance of its experimental hip hop jams and hosting an open mic portion that will put local talent on display. — OM

Mortal Kombat X Tournament at The Cidercade
Get over here! And test your might as you face off against your fellow Mortal Kombat enthusiasts. First place winner will take home $1,000 in cash! Just to be safe, aim for a flawless victory. — OM