Things To Do In Dallas On Monday, August 13. 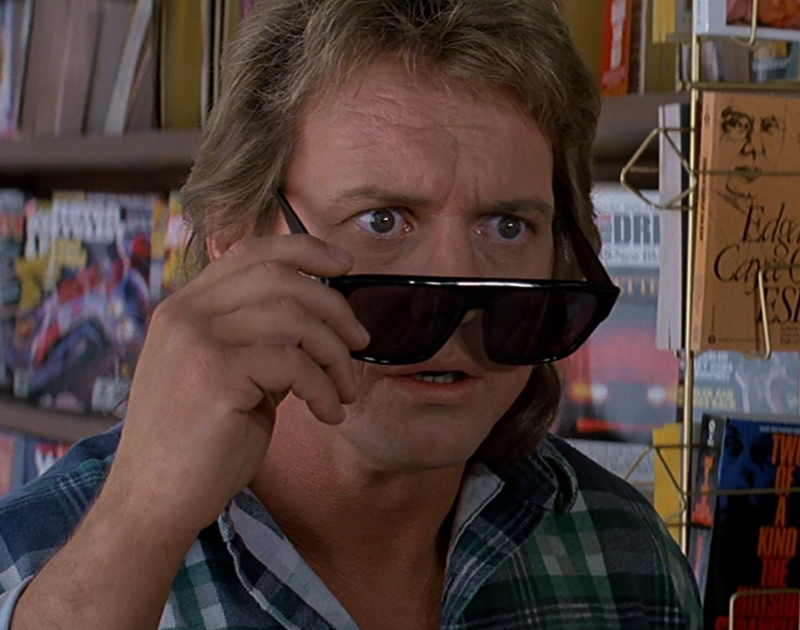 Belly Up To The Bard, Dine With Dawes, Enjoy the Strange Magic of ELO or Pay the Piper at a They Live Screening.

How much free time you got on your hands tonight? Enough to make a stop motion video out of Legos that makes it look like you’re doing a shit ton of woodworking?

But with the time we’ll save you from having to make your own plans tonight – see, we’ve done that below – you’ll have at least enough time to watch a short clip of some other dudes that did it. — Cory Graves

Shakespeare in the Bar: Measure for Measure at The Wild Detectives
Shakespeare in the Bar is quickly becoming one of Dallas’ most sought-after tickets — as it should, really. The basic premise is pretty rad, after all: You go to a bar, you watch a Shakespeare play performed live and, the whole time, you drink and be merry. — Angela Travis

Dawes Live Lunch at Good Records
Before opening that big stadium show for ELO at the AAC, some of the Dawes boys will play a free acoustic set from the vaunted Astro-turf stage. The catch? It’s at 2 p.m. Better take a late lunch! — CG

Jeff Lynne’s ELO at American Airlines Center
After Dawes gets done lunching with their Dallas fans, they’re trucking it over to the Mavs’ house where Lynne’s bringing his first proper Electric Light Orchestra tour to town in 37 years. Fortunately, he’s the only original member on board for this one. — CG

They Live at Alamo Drafthouse (Cedars)
In this John Carpenter classic, Rowdy Roddy Piper finds some special sunnies that help him see aliens hiding among us and shit. It’s the exact premise from the Bart vs the Space Mutants NES game. — CG

Black Oxygen at Curtain Club
The Los Angeles-via-Kansas City alt-pop band are the kind of dudes that can pull of Post Malone covers and get away with it. Surrender Stella, Candybone and Bibeau open. — CG

idontknowjeffery at The Prophet Bar
The monster that wrote ”Rape Rape” is in town. BankRoll Rico also performs. — CG

NorthPark Car Show at NorthPark Center
Local luxury car dealers are rolling out Alfa Romeos, Aston Martins and other beautiful machines you can nary afford. — CG