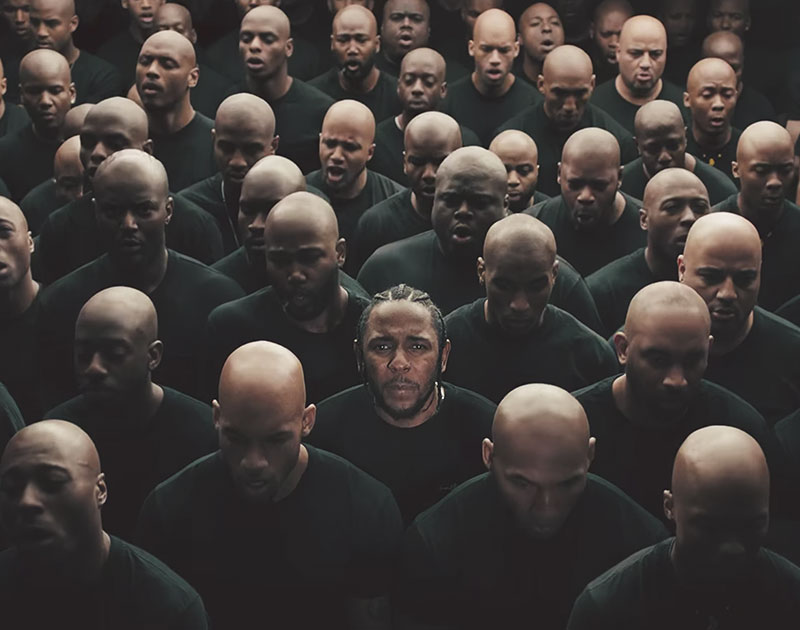 Be Humbled By Kendrick Lamar, Live Out Your Fantasies With Tony Romo, Get Wet In A Water Gun Fight And More Than 40 Other Ways To Have A Kickass Weekend.

If weekend thoughts are making you feel kind of lazy already, we’re gonna pile it on — especially for you homebodies out there.

What if, instead of ordering just a pizza, you could order the whole store? Well, that’s what the Moby Mart is for. It’s a futuristic conceptual mobile store that comes to you — a kind of space-age 7-Eleven attached to a driver-less vehicle that you can call up on your phone.

OK, yeah, sure: There are clearly still a lot of regulatory and safety-related wrinkles to iron out before you see these mobile stores crowding the streets. And, in the meantime, you’ll still have to actually leave the house for essentials.

So why not check out one of these weekend happenings while you’re out anyway? — Alex Copeland

Kendrick Lamar at American Airlines Center
You’ve been jamming the fuck out of “HUMBLE.” since it came out. Now hear it live. — Pauline Esguerra

B.o.B. at Gas Monkey Live
The Atlanta rapper, flat earth truther and guy who once wrote a song around a hook wondering if airplanes are actually shooting stars has the enviable task of trying to compete with Kendrick Lamar for an audience tonight. Good luck, dude! — Pete Freedman

National Fantasy Football Convention at Fair Park
After years of unsuccessfully trying to get this notion off the ground and getting road-blocked by the NFL at every turn, Tony Romo’s dream of hosting a national fantasy football convention is now a reality — granted, one that takes place in Fair Park and not in Las Vegas and one that features guests like his former Cowboys teammates and also Johnny Manziel for some reason. But, hey, you gotta start somewhere, and this three-day offering aimed at fantasy football nerds like you and me starts right here. — PF

A League of Their Own at Texas Theatre
There’s no crying in baseball? — PF

CONCACAF Gold Cup Matches at Toyota Stadium
Up in Frisco, Costa Rica will square off against French Guyana and Canada will face Honduras in an early-round, Group A doubleheader. — PF

Bruce Bruce at Addison Improv
This double-named comedian promises to bring bring the the funny funny at this show. — PF

Adele Givens at Arlington Improv
You might’ve seen her on shows like “The Hughleys,” “Moesha” or “The Parkers.” If you’re not familiar, get a taste of her comedy from her hilarious Twitter feed. — PE

Mt. Eddy at Three Links
The Oakland band has made waves since forming in 2015 and now stops in Dallas to play songs from its latest album, Chroma. — PE

BJ Stricker & The Kings of State Street, Ryan Berg at Sundown at Granada
These locals add their own flare to classic rock n’ roll. — PE

Summer Kickball Soiree at Stirr
Step aside, rookies. This is a 6th grade P.E. legend’s job. Enjoy some free beer while reminiscing on the glory days of your childhood. — PE

Amber Does Dallas Presents: The Rocky Horror Picture Show at Angelika Film Center Dallas
Sing along as you watch the iconic ‘70s movie in the limelight once again. It never gets old. — PE

Polyamory Dallas Millennium at Crowne Plaza Dallas Market
The event explores the culture of polyamorous relationships with guest speakers and workshops. The more the merrier! — PE

The Voyerotic Carnival at Viva’s Lounge
A night of fun circus activities and sexy burlesque as part of PolyDallas Millennium. Bring your boas. — PE

Nu:Tone, The Insiders, Collette Warren, McQuestionmark at Wits End
Check out these performances featuring artists from all over, and listen to their take on east coast blues. — PE

Midnight Madness: Cowboy Bebop at Landmark’s Inwood Theatre
It’s 2071 and a virus is spreading through the city. Only Spike Spiegel can get to the bottom of this! — Obed Manuel


RL Grime at The Bomb Factory
This EDM producer oozes his way into Dallas. — AC

Pop Princess Video Dancer Party at Alamo Drafthouse – Richardson
Normally, the Alamo crew hates it when you don’t shut up during screenings. Here, though, as the projectionist flashes videos from single-named pop princesses such as Britney, Christina and Madonnna in rapid-fire succession, they encourage you to sing — and maybe even shout — along. — PF

Today Is The Day at The Curtain Club
Does the average band not have enough dissonant screeching or gut-churning thrumming for your tastes? Well, my friend, here’s a act for you. — AC

Saturday Open House at Deep Ellum Brewing Company
The brewers have opened their doors and their vats. Now you just need to open your mind. — AC

2017 Dallas Film Crew Premiere at Texas Theatre
Short films made by more than 100 of Dallas’ filmmakers, all for your viewing pleasure. — AC

Water Gun Fight at Klyde Warren Park
Grab your SuperSoaker and plan to get super soaked at this annual flash mob event. Get your friends wet. Get your relatives wet. Get total strangers wet! — AC

K. Michelle at Fair Park Music Hall
You might’ve seen her on Love & Hip Hop. Well it turns out she’s got some R&B tunes in her, too. Bring some good energy and a bottle of her peach Jack Daniels for a bottle signing at the end of the show. — PE

The Polyphonic Spree at Trees
As part of Trees’ ninth anniversary celebration, this performance from Dallas’ renowned, robed, life-affirming band will surely make you question why bands need to be restricted by size at all. — AC

North Texas Comic Book Show at Irving Convention Center
Whereas other conventions rely on TV and movie stars to draw their crowds, this upstart local offering is truly dedicated to the actual craft of comic books themselves — and, in turn, it has developed an appreciative, loyal audience of its own over the years. This event runs through Sunday. — PF

Saliva at Bronson Rock’s Black Hole Theater
These ’90s nu-metal rockers barrel through Keller on their Only The Sickest Survive Tour. — AC

Pearl Earl, Mother Tongues, Acid Carousel at Dan’s Silver Leaf
Three fuzzy psych-rock groups, back to back to back. For headliners Pearl Earl, this show will double as their album-release party. — AC

Heart Byrne, Depeshi, Panic at Granada Theater
A trio of tributes to Talking Heads, Depeche Mode and The Smiths. — AC

Late Brunch at The Nines
It’s okay if you woke up late, kid. You won’t be missing out on Sunday brunch. Get $3 mimosas and a special brunch menu starting at 3 p.m. — PE

Jonny Craig, Hearts Like Lions, Dreamhouse at The Dirty Thirty
For those with a eclectic music taste, there’s gonna be all types of genres at this gig — soul, indie rock, and dance-pop. — PE

Ice Cream Wasted Grand Opening
It’s your favorite summer treat… except with it’s own adult twist. Dish out on the debut of boozy ice cream treats with a huge menu to choose from. — PE

Subculture: Samma Lone at Off The Record
A DJ set of underground music strategically placed at the end of the weekend so as to confuse you as to whether the weekend is really just beginnning. — PE

July Social Ride at Continental Avenue Pedestrian Bridge
Start your Sunday right by getting your weekly workout in and help raise awareness about those suffering from PTSD. Bring your friends. — PE

July Flea Market at Double Wide
Those neat one-of-a-kind vintage items you yearn for are the stuff you can probably find at this flea market. And this one comes packing. Come early to snag yourself the good stuff. — PE