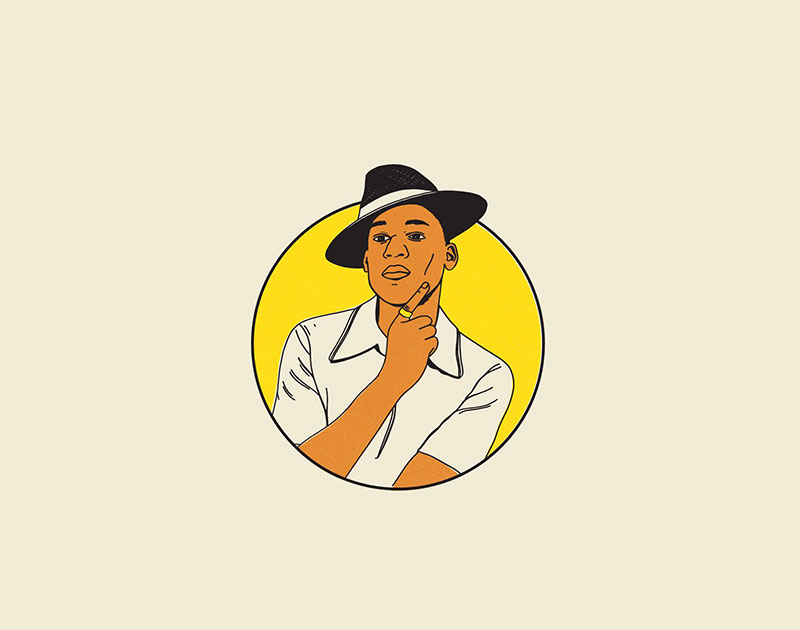 Celebrate Leon Bridges’ Birthday At It’ll Do Club, Spend An Evening With Author Neil Gaiman And 44 Other Ways To Rock This Weekend In Dallas.

If you somehow managed to make it through the 4th of July without firing off all of your fireworks, make sure you use the remainder of your stash appropriately.

Otherwise, you might just end up like Mike Tingley of Michigan, who burned down his garage after trying to smoke out some bees that had taken up residence there. Seems Tingley tried swapping in smoke bombs for proper bug spray to get the honey makers out, only to cause a fiery ruckus in his neighborhood.

This is one instance when you don’t want to Be Like Mike.

Instead of risking your home with cheap pyrotechnics, we’d recommend checking out one of these events happening around town this weekend. — Alex Copeland

Vinyl Thoughts 7 at Quixotic World
These aren’t the kind of toys that you gave away to Goodwill. This is designer vinyl, man. The good stuff. I mean, it still exists to take up shelf space, but what art does not? —AC

Pearl Gem at Granada Theater
This Pearl Jam tribute band is still alive. Well, so is the original. But these guys are too.— AC

Leon Bridges’ Birthday Bash at It’ll Do Club
Leon Bridges is celebrating his birthday, and he’s bringing some friends. DJ Sober spins, and surprise performances will be happening. Who knows who might show up? Proceeds from this show go to KEEN Group, a nonprofit working to revitalize southeast Fort Worth and educate children about healthier lifestyles. — Obed Manuel

Faster Pussycat at Trees
Glam metal never truly died — and, judging by Pussycat, it’s just as raunchy as it ever was. — AC

Remembering Chris Cornell: Tribute to Soundgarden at House of Blues
Carry on. — AC

Reel Big Fish at Gas Monkey Live
Get your ticket before it sells out. — AC

An Evening with Neil Gaiman at AT&T Performing Arts Center
The prolific comic book creator, author and screenwriter behind Sandman, American Gods, Coraline and much, much more. — AC

Emo Nite La at RBC
Travel back to not-so-long-ago with ’00s emo and pop-punk jams.— AC

9th Annual Big Weekend of Improv at Addison Conference and Theatre Centre
Today and tomorrow, 18 improv acts will perform imrpvoisational comedy across eight stages in Addison and Dallas. We’d tell you what to expect, but a lack of planning beforehand is kind of the point. — Pete Freedman

Pootie Tang at The Texas Theatre
Lance Crouther has some moves — and one powerful belt buckle. — PE

Kickin For Defenses at Veterans Park
This kickball tournament is hosted by The Boot Campaign in memory of fallen Dallas Police officer and U.S. Navy veteran, Patrick Zamarripa, who died in last year’s Downtown Dallas attacks. All proceeds to this event will go to the Zamarripa family and the Military Relief fund. — PE

Ted Nugent at Billy Bob’s Texas
The legendary guitar man behind “Stranglehold” is still at it, perhaps unfortunately. Expect a lot of MAGA hats. — PF

Master of Puppets at Gas Monkey Bar N’ Grill
A Metallica tribute band that fuses its own vibes to the original songs. They’re your source of self-destruction. — PE

Dove Hunter at The Foundry
Hey, remember when Dallas’ low-end-heavy, roots-influenced rock band Dove Hunter broke up? Neither did its members, apparently. This is a free show. — PF

Run For The Blue 5k Run at Trinity Groves
All proceeds from this event will go to the Blue Guardian Foundation. — PE

Sedated at Three Links
This three-piece Ramones tribute band adds some modern flare to classic hits from the Ramones. — PE

The Dallas Five Police Concert at Crossfit Heat
Proceeds from this event go to the Halo Fund, which supports of the families of the fallen officers. — PE

Desperado, Forever Mac, Bad Moon Rising at Granada Theater
Have you not gotten your fill of tribute bands? Tag along to this jam-packed event for an Eagles, Fleetwood Mac and Creedence Clearwater Revival tribute extravaganza. — PE

Callahan Divide at Sundown at Granada
It’s the soft rock ’60s movement all over again,. with a little bit of west Texas country vibes thrown in.— PE

Tony Schiavoni Podcast Recording Live at Three Links
The voice behind Jim Crockett Promotion, WCW and the “What Happened When” podcast goes live, discussing the results of WWE’s Great Balls of Fire. — PE

All Jay- Z Everything At RBC
In the wake of 4:44‘s release, here’s another timely offering from the All/Everything squad. — PF

Late Brunch at The Nines
Brunch doesn’t always have to end at 2 p.m. Treat yourself to $3 mimosas and some cheap brunch eats. — PE

The Color Morale, The Plot In You, Dayseeker and Picturesque at The Dirty 30
You’re not post-hardcore unless you live post-hardcore. — PF

Pool Party at The Stoneleigh
Two of Dallas;’ finest DJs, Mutemor and Colly T, rock the decks as you soak in the sun and get wet. — PF

Lone Star Bash at 3015 at Trinity Groves
Cure your Sunday cravings with some of the best culinary creations Texas has to offer.  This event benefits the Texas Restaurant Association Education Foundation and its efforts to develop culinary arts programs in schools. — PE

Hemingway Book Club at Black Swan Saloon
Sip on wine as you discuss James Crumley’s crime novel, The Last True Kiss, a story about a detectives decade-long search for a missing girl. — PE

Jax Jones at SiSu Uptown
The London DJ skips across the pond to spin his beats. — PE

The Yacht Club: Cocktail Cruise at Off the Record
Yacht rock with Kenny Floggins and Haulin’ Boats — plus $3 cocktails. No actual yachts, sure, but it’ll have all of the vibes of being on a yacht, maybe. — AC

Skinny Cooks at Sundown at Granada
The saying goes “you can’t trust a skinny cook.” Maybe not to cook, no. But you can trust this funk-tinged jazz fusion group to serve up consistently sharp jams. — AC

Class of 87’ Series: Summer School at Texas Theatre
Another installment in this nostalgia-inducing series. This time around, it’s the underrated high school comedy classic. — AC

Community Beer Company Dinner at Uchi Dallas
Expand your pallet and explore different flavor combinations. We’re talking about more than just sampling morsels. This is a meal with six courses and a dessert, each paired with Community Beer Co. brews. — AC