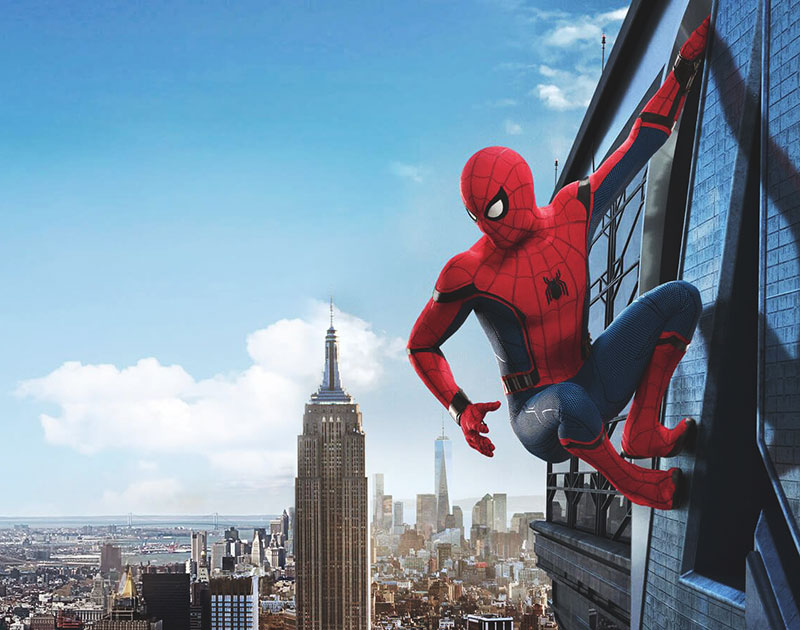 On Spider-Man: Homecoming, Dunkirk, War For The Planet Of The Apes And The Rest Of July’s Wide Releases, Limited Showings & Repertory Screenings.

Is it July already? It feels like it’s been an eternity between movies we’ve actually been excited about.

But July? July feels different. There’s very little “Geez, I hope this is good!” going on this month, and whole a lot of “This looks like it’s going to be awesome!” That’s rare, no matter the season.

So, since it’s going to be hotter than the devil’s balls this month, seek shelter in the frigid A/C of your local theater. Here’s what you’ll be watching as you do.

Spider-Man: Homecoming.
Director: Jon Watts.
Writers: Jonathan Goldstein, John Francis Daley, Jon Watts, Christopher Ford, Chris McKenna, Erik Sommers.
Cast: Tom Holland, Marisa Tomei, Robert Downey Jr, Michael Keaton.
Opens: Friday, July 7.
I know Tom Holland is the third actor to play Spider-Man in 15 years. I know it’s a little exhausting. But Holland is the first actor to be anywhere close to teenage to play your neighborhood web-slinger. And this is the first one to be made under the watchful eye of Marvel Studios (although it’s a co-production with original studio Sony). Plus, it features a villain (Michael Keaton) who is sure to be the best since Alfred Molina’s Dr. Octopus in 2004’s Spider-Man 2.

War for the Planet of the Apes.
Director: Matt Reeves.
Writers: Matt Reeves, Mark Bomback.
Cast: Andy Serkis, Woody Harrelson, Steve Zahn, Toby Kebbell.
Opens: Friday, July 14.
Speaking of reboots that I didn’t expect to be great, the recent Planet of the Apes series comes to a close with an all-out battle. Rise was a surprisingly solid “science gone awry” thriller. Dawn was an superior sequel with a serious melancholic streak. If returning director Matt Reeves pulls off this tete-a-tete between Caesar (Andy Serkis) and a sadistic general (Woody Harrelson), it might just be the best trilogy of the decade.

Dunkirk.
Director: Christopher Nolan.
Writer: Christopher Nolan.
Cast: Tom Hardy, Cillian Murphy, Kenneth Branagh, Mark Rylance.
Opens: Friday, July 21.
Christopher Nolan doesn’t make small movies anymore. Sometimes I wish he would again, but that’s for another time. No, these days, he only makes big, epic, awe-inspiring movies. So even if it seems we’ve had 18 million World War II movies in the last few years, I’m ready for his big IMAX take on the evacuation of Dunkirk, in which hundreds of civilians came to the aid of the British army that was stranded on the beach. Like those waves, I’m ready for Hoyte Van Hoytema’s building-sized images to wash over me.

Atomic Blonde.
Director: David Leitch.
Writer: Kurt Johnstad.
Cast: Charlize Theron, James McAvoy, Sofia Boutella, John Goodman.
Opens: Friday, July 28.
When I was at SXSW this year, people kept jokingly calling this action flick – which I sadly did not get to see – Jane Wick. After seeing the trailers, it’s easy to see why. The co-director of John Wick takes the lead here, giving Charlize Theron yet another kickass role as a spy in 1980s Berlin. Combining John le Carré mystery with Brian de Palma seediness and action scenes crafted with care that look like they hurt? That’s ticking all my boxes.

A Ghost Story.
Director: David Lowery.
Writer: David Lowery.
Cast: Casey Affleck, Rooney Mara, McColm Cephas Jr, Kenneisha Thompson.
I’ve been trying to avoid learning anything more about this extremely acclaimed film other than what I know already: Affleck’s character dies but haunts Mara as a ghost (sheet with eye-holes included). Mara also eats an entire Emporium Pie by herself. Since they were so great in Lowery’s last indie film, Ain’t Them Bodies Saints, I don’t need to know anymore. Sign me up.

Score: A Film Music Documentary.
Director: Matt Schrader.
If you’re a film music nerd like me, you’ll lose it over this fascinating documentary that covers just about every important film composer of past and present to learn about their creative processes, including challenges like only having three weeks to get something out and trying to be thoughtful even when the movie you’re scoring isn’t.

Pootie Tang.
Director: Louis CK.
Writer: Louis CK.
Cast: Lance Crouther, J.B. Smoove, Reg E. Cathey, Chris Rock.
Playing At: Texas Theatre.
Showing: Saturday, July 8.
Does anyone actually understand Pootie Tang, or are they just giggling because it’s so absurd? No one knows for sure, but Louis CK’s corporate satire maybe shouldn’t have rested on a character who talks solely in gibberish. Even so, there’s been a solid cult growing around this ridiculous comedy in the last 16 years, so much so that the Texas Theatre even tracked down a 35mm print. Sa-da-tay!

The Thin Red Line.
Director: Terrence Malick.
Writer: Terrence Malick.
Cast: Jim Caviezel, Sean Penn, Nick Nolte, John Travolta.
Playing At: Alamo Drafthouse Cedars.
Showing: Monday, July 10.
In 1998, 99 percent of all working actors appeared in one of two World War II films — this one and Saving Private Ryan. Both went on to be nominated for Best Picture and Best Director, although only one went on to be played endlessly on TNT every weekend. That’s because Saving Private Ryan, even for all its emotional impact, is still a relatively straightforward movie and this one is by Terrence Malick. Meaning? It’s less a war movie and more a meditation on what it means to be alive, and what it means to be alive in a world with so much death. While we’ll never get to see the original five-hour cut (that one included a lot more of the top-billed stars), this version is still astonishing.

Cat Ballou.
Director: Elliot Silverstein.
Writers: Walter Newman, Frank R. Pierson.
Cast: Lee Marvin, Jane Fonda, Michael Callan, Tom Nardini.
Playing At: Inwood Theatre.
Showing: Friday, July 28; Saturday, July 29.
A few years before Blazing Saddles, Cat Ballou similarly made a mockery of the wild west, with Jane Fonda as the titular heroine trying to save her family’s land from some shitty developers. She’s wonderful and sexy and funny, but she’s no match for Lee Marvin, who won an Oscar for his dual role as the drunken hero and sinister villain. And there are musical interludes with Nat King Cole! This one has it all.