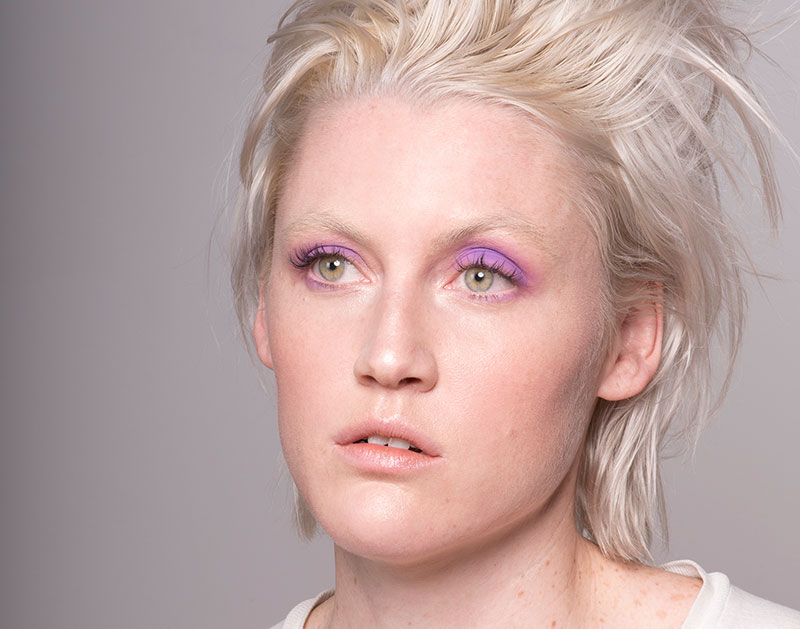 This Week, Sarah Jaffe Did Bad All By Herself.

Just like she did last week, Sarah Jaffe once again tops our Dallas music power rankings this week. But there’s one notable difference: Whereas last week’s win came on the heels of Jaffe earning some national shine via National Public Radio’s early stamp of approval of her fourth full-length studio album, this week’s W comes thanks to the expected local media fawning over that disc, called Bad Baby.

Says D Magazine of the effort: “Bad Baby offers a more cohesive take on the bright and shimmering electronic-tinged sound that she introduced with Don’t Disconnect, and may well be her strongest effort since Suburban Nature.”

Giving it four out of five stars, here’s the Fort Worth Star-Telly‘s take: “The North Texan delivers her most confident effort to date on Bad Baby.”

Says the Dallas Morning News‘ Guidelive arm: “[The] near-perfect Bad Baby, is another winning effort… Bad Baby is another bold step into a path where Jaffe can seemingly take no wrong turns.”

Did each of those takes also mention Jaffe’s breakthrough “Clementine” hit from 2010 as well? You bet they did! Seems the more things change — and Jaffe’s indeed sound has, a lot, over the years — the more they stay the same.

So what are our thoughts on the album? Um, well, we’ll probably have more to say on it at some later date, but for now we’ll say this: We really like it!

Anyway, even without our published approval, that kind of love for Jaffe pretty much guaranteed her the win this week. It’s her 14th No. 1 overall since we started doing these weekly rankings five years ago — not bad considering she hasn’t released any new music since 2014! That puts her just below the top tier of Buzz Rankings winners — Erykah Badu (24) and Leon Bridges (23) — and tied with Maren Morris for third place, just a few wins ahead of even the Old 97’s (12) in total first-place finishes.

Bridges, interestingly, comes in second-place this week, thanks to the fact that he’ll be doing a little celebrating of his own this week, partying it up at the It’ll Do with DJ Sober, who’s throwing Bridges a birthday bash.

Tripping Daisy, meanwhile, scored highly this week thanks to the fact that it’ll on Friday perform its seventh show since returning to the stage — this time on the Friendly Side Of The Metroplex, over at the NYTEX Sports Centre in North Richland Hills, which makes its hay as a hockey rink but is trying to re-position itself some as a home for live music.

Sam Lao, on the other hand, is about to embark on a Texas tour that kicks off at The Dirty 30 tonight, and the Texas Gentlemen continued to ride high after announcing their new album is coming out this fall under the New West Records banner.

Lower on the list, Tay_K 47 got pinched, St. Vincent dropped a new album, Snow Tha Product dropped a new video and so too did Loafers — each of which you can read about in our White Noise column.

Elsewhere: It was revealed that Grand Prairie’s Own Selena Gomez makes some serious bank for her IG posts; Blake Ward through a fun party at the Stoneleigh; Crit Life is throwing its third annual #FreeWiFi fest at Pryme on Friday; the Toadies got into the rehearsal space business; Lord Byron, Teenage Sexx and Jon Bap sounded real good at last weekend’s Dada benefit for Michael Moreno; Vandoliers briefly returned from tour and played a homecoming show at Sundown; Crown The Empire announced a hometown show at Dirty 30; and Curtis Mayz, FlexinFab and Tum Tum released new music. 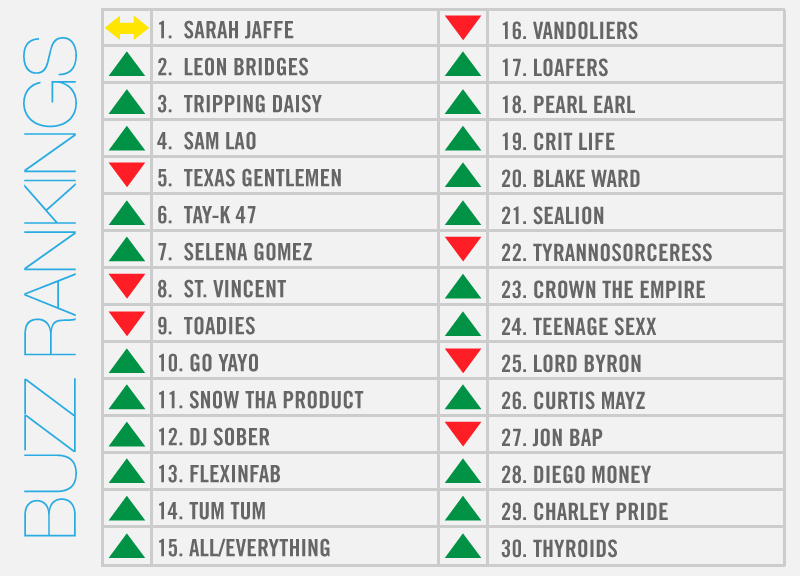