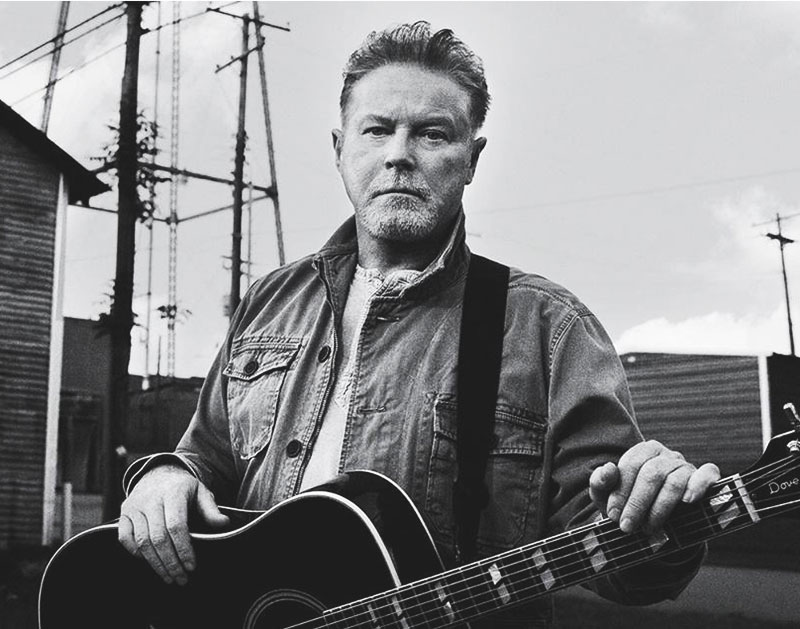 Grow Old With Don Henley, Rock Out With Neil Diamond, Enjoy Free Music At The Granada, Fall In Love With Shawn Mendes And More Rad Ways To Spend This Week In Dallas.

This is a big week for Dallas. Big shows, a full week of free music and big names coming through town left and right.

And while we’re on the subject of big things, take a look at the world’s biggest Super Soaker. Imagine how many people you could knock out in one blow with this thing! That’s a water gun fight champion there — and it’s a lot more powerful thank you might think.

We’re sorry to inform you, though, that there aren’t any massive water gun fights planned for this week — even though there was one last week! — but there are still plenty of other big happenings to check out, so feel free to peruse this handy list and plan your week accordingly.

Monday’s Don’t Suck at Action Park Prarie
Cool ass cars you wish were in your price range. At least there will be free live music…

Trivia Night at LUCK at Trinity Groves
Bring your smart friends and maybe win a prize. Even if you don’t, enjoy some good beer on tap.

New Math Monday’s with Ursa Minor at Off the Record
Ursa hits those vibes.

KXT Sun Sets: The Wild Reeds, Wesley Jensen at Dallas Arboretum
A little folk music never did anyone no harm.

Post Animal, The Evening Attraction at Club Dada
If you had a hard day, at least you know you can listen to some guitar-shredding rock n’ roll at the end of the night.

Jacob Metcalf at Granada Theater
Music that’ll make even the grumpiest among us feel good.

The Big Movie: The Great Race at Magnolia Theatre
Push the button, Max!

The Bodyguard at Fair Park Music Hall
A musical featuring a ton of Whitney Houston classics.

Rooney at Club Dada
Hey, it’s the band that the gang from The O.C. went and saw that one time.

Shawn Mendes at American Airlines Center
Baby, there’s nothing holding him back.

In the Whale, Behold the Brave at Gas Monkey Bar N’ Grill
Indie rock tunes to beef up your hump day.

School of Rock Continental Tour at Hard Rock Cafe
No Jack Black but at least there will be kids shredding the electric guitar.

Free Week: Micky & The Motorcars, Dirty River Boys, Atlantis Aquarius at Granada Theater
Free live music, but if you purchase a $5 ticket, you get your first drink for free.

Ralphie May at Addison Improv
Crack a laugh or two.

Thou at Three Links
This is no Shakespeare. If anything, it’s the complete opposite: sludge metal rock.

Matthew Sweet at Kessler Theater
He wants to be back in the arms of a girlfriend.

John Taffer’s Rescue Tour at Hilton Anatole
If you own a bar and it sucks, you should go to this. But if you hate yelling, maybe don’t.

Ralphie May at Addison Improv
Crack open a laugh one more night, eh?

Whiskey Shivers at Three Links
This folk band has a description for themselves: barefoot, sleeveless and sweaty.

Good Morning Bedlam at Poor David’s Pub
Out in the breeze.

The Rocket Summer at Trees
The local boy is celebrating 10 years of his Do You Feel album.

Killer Queen Tribute Band at The Bomb Factory
Another one bites the dust. Don’t worry, they miss him, too.

Illenium at Lizard Lounge
What comes after tiny fractures?

The Ghost Wolves at Armoury D.E.
Get your face melted off.

Addison Summer Series: The O’s at Beckert Park
Soak up some live music on your Saturday.

Girls Rock Dallas 2017 Showcase at Kessler Theater
Young girls of all ages performing their own original songs. They got some serious talent.

Delta Rae at Club Dada
We were born to live a long and happy life.

The True King Band 45th Anniversary at Trees
45 years of hip-hop, rock, and latin jazz. Three very different genres made up into one musical masterpiece.

Dante at Hyena’s Fort Worth
One of the comedians from NBC’s Last Comic Standing.

DJ Shadow at House of Blues
Dude’s a legend, just as Run The Jewels.

DJ Heather, DJ Colette at It’ll Do Club
These Soundcloud sisters got a few body-bumping beats.

Joan Shelley at Kessler Theater
Music to make you cozy on a Sunday afternoon.

Andrew McMahon at House of Blues
Former frontman of rock band Something Corporate takes the stage solo with his piano blues.

The Church 23-Year Anniversary at The Church
Celebrate The Church’s 23rd birthday party. Free champagne and cookies til’ 11 p.m., too.

Benefit for Mitchell Mears at The Dirty 30
Musicians take care of one another, and we think that’s cool.

Galactic Empire at RBC
Not as menacing as the real Galactic Empire from Star Wars, folks. But at least they dress up like them and play some good music.

Drag Knockout! Drag Queen Lip Sync Battle at The Nines
The lip sync battle of the century. With a free nacho bar. — PE