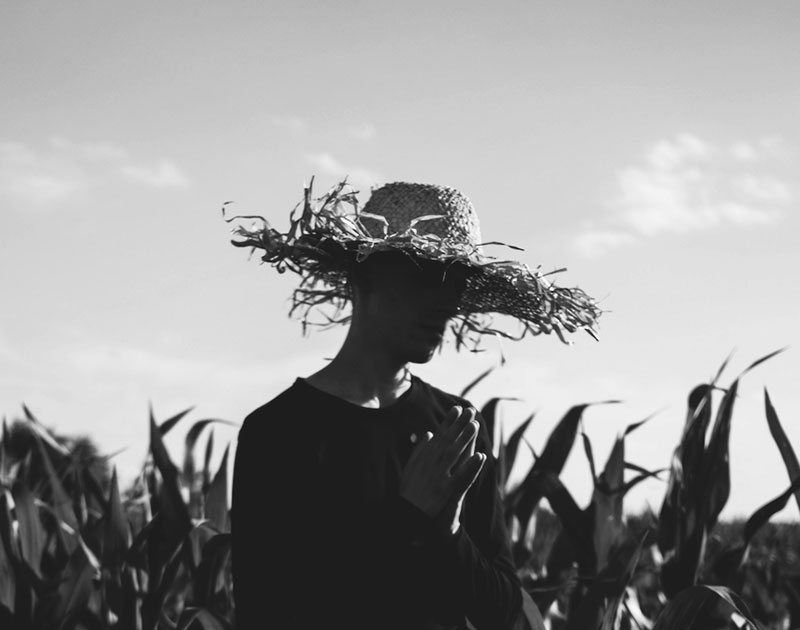 Sarah Jaffe – Bad Baby
RIYL: Being a hard act to follow.
What Else You Should Know: The conversation that surrounds Sarah Jaffe’s music typically includes chatter about the evolution of her sound from acoustic folk ballads to electro-indie pop. That’s fair enough, we suppose. But on Bad Baby, Jaffe fully showcases the repertoire of styles and sounds she’s developed over the years, creating an interesting, varied dynamic in her tracks, all of which are paired with her ever-present great songwriting ability. It’s an excellent album.

Zach Witness – “Keep Faith ft. Jon Bap”
RIYL: When worlds collide.
What Else You Should Know: There’s a lot that happens here in this four-minute song, but it’s all fantastic — and oddly seamless. “Keep Faith” brings together two experimental Dallas artists: Zach Witness, who earned wide notoriety for his collaborative work with Erykah Badu, and Buffalo transplant Jon Bap, who’s known for his acclaimed experimental jazz and soul music. All those elements are here — from hip-hop to soul, jazz, electronic and gospel moments — and they combine for one great journey of a track, which the folks at Okayplayer premiered earlier this week.

Herrick & Hooley – “Validation”
RIYL: Slow and sensual summer jams.
What Else You Should Know: “Validation” is a new single off of the once Dallas-based and now New York-based Herrick & Hooley’s upcoming Summer of Love album — and, if this first listen is any indication, the album is going to be grown and sexy, despite the fact that none of the band’s members are old enough to drink yet.

Jacob Parra – twenty first century misery
RIYL: Self-deprecating artists.
What Else You Should Know: Just the other day on Twitter, Jacob Parra posted that he doesn’t really like the music he makes, which is kinda crazy, since we’re really into it. On his latest release, Parra makes great use of subtle samples for a slightly new-wave sound, and the melancholic tones the run throughout it are a perfect backdrop for his lamenting lyrics.

12 Gage – “Indecisive Ft. Zayhube”
RIYL: Not knowing why you commit crimes.
What Else You Should Know: 12 Gage is a new face to us, but “Indecisive” is definitely stirring our curiosity about this new artist. On the track, the rapper touches on hard truths about his own decision-making that landed him a two-year prison sentence, as well as all the consequences that come along with such a fate — like insecurities about what your girl is up to and why your friends keep walking away from you.

Cardiac – “Kundalini”
RIYL: Reaching for supernatural powers.
What Else You Should Know: Cardiac is another new face on the scene, but he’s been plenty busy performing shows all over town, most recently opening for Que last month at RBC. He’s Dallas-raised, but spent some time in Chicago and recently returned home. Ever since, he’s hit the ground running with his music career. He released 1% in April, and it’s a pretty great debut, mostly because of its genreless structure. Cardiac isn’t bound by hip-hop standards, and we’d be hesitant to simply call him a rapper. We highly recommend checking out that debut, in particular “Barcelona,” “Right Now” and obviously “Kundali” featured here.

Silas Nello – “Rosie #2”
RIYL: Playing 20 Questions.
What Else You Should Know: Folk rock singer-songwriter Silas Nello is the latest signee to the North Texas-based label Hand Drawn Records, and he’ll be celebrating the release of his debut album, Out of the Light, at Three Links on July 29, but until then enjoy this sweet, Springsteen-ian little love song that serves as his album’s second single.

“Set It Off” Cypher featuring Lil Lady.
RIYL: Early 2000s Texas Rap.
What Else You Should Know: No disrespect to the first three performers on this cypher, but we’re really just here to highlight the closer, Lil Lady, who comes in at the 2:30 mark. Her final verse is commanding, crisp and so Dallas. The delivery is maybe a bit dated, but it’s a style that never really gets old.

Ghoulfive – “find ur time_g7”
RIYL: Freeing yourself from the Devil.
What Else You Should Know: “find ur time_g7” is a departure from the funky sounds that Ghoulfive offered up on its debut Plastic Sex…Dance! EP, but it’s definitely a welcome one. The latest track from Lord Byron’s side project with his pals in the Dolfin Records crew features a low-key groove with some slightly distorted, repetitive vocals. It’s nearly trance-inducing and super easy to keep on repeat.

Coach Tev – “Maxine”
RIYL: Paying homage to the greats.
What Else You Should Know: Before you hear the hook and ask yourself where have I heard “Beep beep, who got the keys to the jeep?” line, just know that it’s from Missy Elliott’s “The Rain” and that it’s perfectly employed by Coach Tev on this downtempo ode to his old car. Tev has a knack for creating soundtracks to would-be late-night cruises, and “Maxine” is welcome complement to past tracks like “Midnight Cruiser” and “bougie heaux.”