Things To Do On Thursday, January 5. 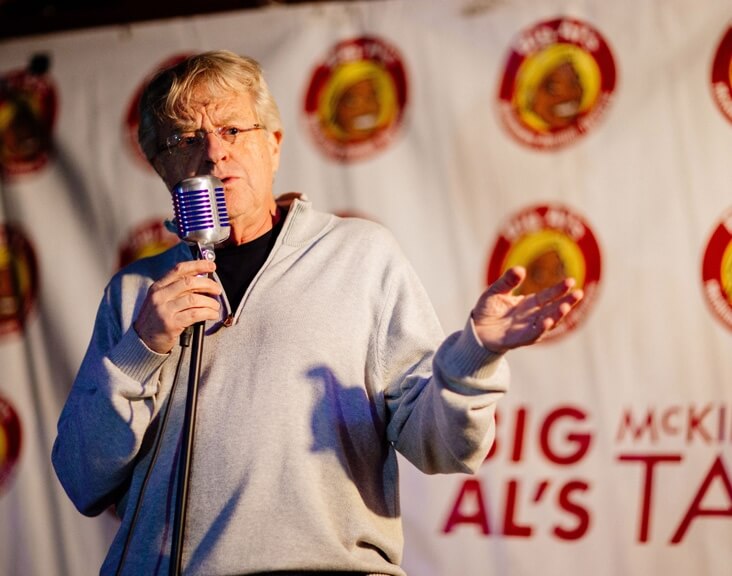 Have A Little Less Conversation.

When you’re Parks and Recreation star Nick Offerman, all you need is a glass of scotch and an hour to sit calmly and think to be both entertaining and interesting.

But you’re not Nick, so you’re going to have to work a little harder at it. Fortunately, we’ve got you. Here are some spots you can go and have a raging good time. — Cory Graves

Dallas Safari Club Adventure Convention at Kay Bailey Hutchinson Convention Center
Aside from being one of the biggest annual gatherings of its kind, the Dallas Safari Club and its yearly convention are perhaps most well-known for being the place where a hunter bid $350,000 to shoot an endangered black rhino in Namibia. While the hunter received all kinds of death threats, a recent episode of the Radiolab podcast points out that there are actually some pretty noble, rhino-saving, conservation efforts at the heart of that notorious hunt. It’s an aspect of this whole thing organizers are making a more concerted effort to highlight with this weekend’s “Conservation”-themed convention. — CG

Hip-Hop Karaoke at Crown
Always wanted to sing along to Master P’s “Make ‘Em Say Uhh!” but never been certain where in public you could pull off such a feat? Head on over to the Crown and Harp’s downstairs venue tonight for your chance to sing (or rap, as it were) to your heart’s desires. — Erika Lambreton

Disconnect to Reconnect at Dallas Museum of Art
Most of us never put down our dumb smartphones. But you’ll have to at this unplugged, fellowshipping event. — CG

Marvel vs Capcom 3 Tournament at Tomcats West
No fee to enter, prizes if you win, drink specials all night. — CG

Jaret Reddick, Zac Maloy at Rockin’ Rodeo
Acoustic sets from The Nixons and Bowling for Soup frontmen, who co-wrote classics like “Ohio (Come Back to Texas)” together. — CG

Jerry Springer at Big Al’s McKinney Avenue Tavern
This too-hot-for-TV Elvis tribute comes a few days ahead of what would have been The King’s 82nd birthday. Whether it’s a gimmick is hard to discern. No, you probably weren’t previously aware you wanted to catch The Ringmaster convincingly croon along to midi versions of Elvis’ biggest hits, but for his part, Jerry’s not doing bits. He’s genuinely an Elvis fanatic, and does a pretty spot-on job impersonating the guy to boot. Our final thought? You can’t help falling in love with the cardigan-clad Elvis impersonator. — CG