Things To Do On Thursday, January 19. 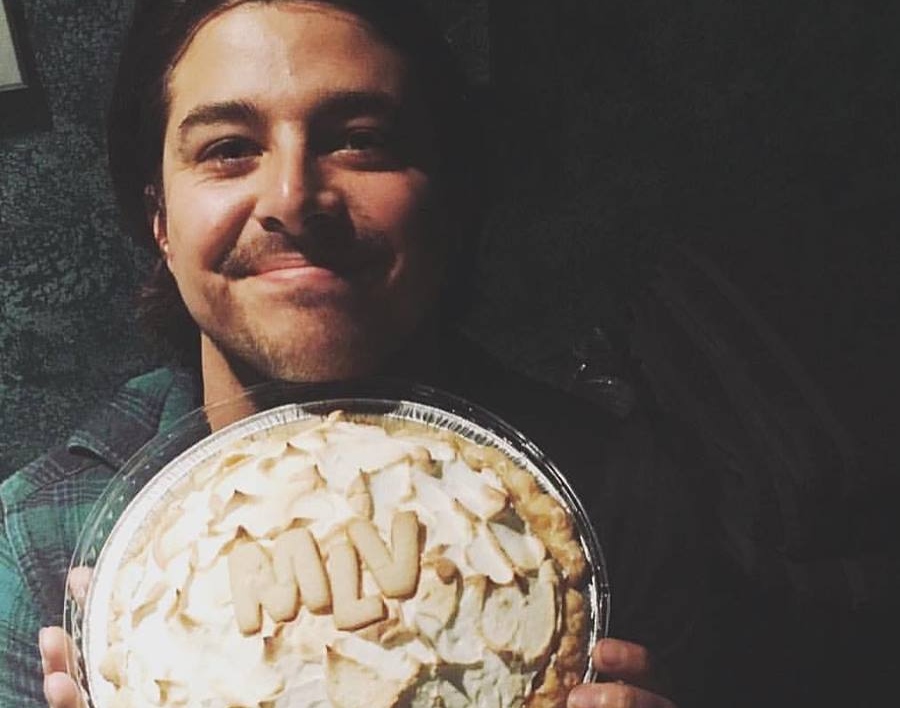 Someone has made an 8-bit game based on “This is Fine” Dog, one of last year’s most popular memes. It’s a short game, too, taking just about five minutes to finish.

While not complicated, it does illustrate that things will continue to be fine, even after Trump’s impending coronation tomorrow. Says The AV Club: “There is a lot of heart… as well as a message that points to the importance of friendship and community in times of strife. That’s a message worth remembering, even if it comes from an unexpected place.”

Another message worth remembering? That there are many ways to occupy your time tonight, and that, no matter which one you choose, everything will indeed continue to be fine. — Cory Graves

Dark Blue at Double Wide
The Philly post-punk outfit’s frontman sounds so much like Ian Curtis, entire articles have had to be written reminding everyone that he died in 1980. Lace, Slimy Member and Garden of Mary open. — CG

The Sound Society at The Live Oak
One easy way to become the best is to learn from the best, and, for all you aspiring hip-hop producers out there, this offering promises just that, as producers MP808 of 808 Mafia (Meek Mill, Future, Lil Wayne, Ty Dolla $ign), Mayo (Trey Songz, Ne-Yo, 2 Chainz, The Game) and Big Tra Music (EA Sports, Kevin Gates, Paul Wall, Dorrough Music, Charlie Boy) sit in on a panel meant to teach you up-and-comers the ins and the outs. — Pete Freedman

Falling in Reverse, Issues, Motionless in White at Gas Monkey Live
Less than a year after being released from prison a few years back, Escape the Fate frontman Ronnie Radke released his debut album with his new post-hardcore outfit Falling in Reverse (formerly From Behind These Walls). The band sophomore effort, 2013’s Fashionably Late was a bit of a clunker, incorporating country, rap, auto-tuned pop, dubstep and chiptune into the band’s repertoire. Fortunately, critics agree its latest effort, Just Like You is not only a bounce back record, but its best to date. — CG

War Flower at the Bath House Cultural Center
This latest work from the ever-inventive Danielle Georgiou Dance Group promises a look into “the cyclic and savage laws of time, nature, and ritual” by “referencing political and philosophical texts, political and ritual practices in animal ecosystems” in an attempt to “unlock the systems of human survival.” Sounds trippy as fuck, if you ask us — and the fact that it has also been created in collaboration with the always-loopy Donovan Jones (Black Taffy) only seems to further that suspicion of ours, as foes this behind-the-scenes video the Dallas Morning News created about the production. Also: Lest anyone doubted where this event and its creators might stand politically, they’ll be hosting a protest of the presidential inauguration prior to the show, too. — PF

Kane Brown at House of Blues
From YouTube sensation to Florida Georgia Line opening act to HOB headliner, it’s been a crazy year-or-so for the 23-year-old country singer. — CG

Art Schmart’s Thirsty Nite at The Nines
BYO art supplies, and Mr. Schmart will provide the live model to sketch, and The Nines will keep the booze flowing. — CG

Eric Lindell, Bobby Patterson at Kessler Theater
The immensely talented bluesman has been called a quadruple-threat thanks to the strength of his songwriting chops, virtuosic-yet-tasteful guitar playing, impressive harmonica-blowing skills and a set of soulful pipes that have been compared to folks like the late, great Bobby Womack. Some call that the complete package.— CG

Whistlepig Tasting Dinner at Independent Bar & Kitchen
Not just a shot of Whistlepig with each of your dishes, but the rye whiskey has been incorporated into four courses worth of dishes, from soups and salads to dessert. — CG

Luke’s Pint Striders Social Run! at British Beverage Company
Every Thursday, the Pint Striders meet up to drink and walk 2-6 miles down the Katy Trail. Get there by 6:30 to meet your new workout buddies before they take off. — CG

The WELD Show at WELD
Co-working spaces are neat places, as entrepreneurs of all types looking for office or studio space to rent are often forced to intertwine and expand their networks just by being a part of that whole scene. This annual event is meant to highlight those interactions, as WELD’s collective of creatives and whatnot show off their stuff because they’re proud of it but also because, hey, marketing! — PF

Drank and Draw at Mudsmith
Finally, the opportunity to hole up and sketch in a coffee shop without fear of embodying a stereotype. For once, there’ll be a whole heck of a lot of like-minded doodlers to keep you company. — CG