Things To Do On Thursday, December 15. 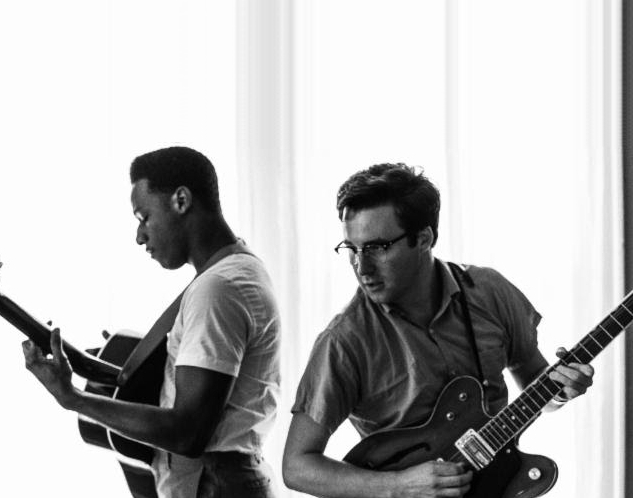 Get Katchi All Night Long.

According to Americans’ top 10 Google searches of 2016, data reveals we were most interested in looking for information on registering to vote, how to play Pokémon, work Snapchat and move to Canada. But let’s face it, the election’s over, Pokémon’s over, you’re not really moving to Canada, and anyone still trying to figure out Snapchat probably shouldn’t be on Snapchat anyway.

For the rest of us – and we’re basing this on zero kind of Googling or data or analytics – the top search priority was looking for things to do on any given night. Sure it was. But look no farther, you’ve found what you seek. — Cory Graves

Nick Waterhouse at Dada
The old-school R&B, blues performer brings his Never Twice tour and new tunes to Dallas. Hey, maybe Leon Bridges, who appears on one of those new tunes, will pop in to reprise that roll live? Vincent Neil Emerson opens. — Obed Manuel

Niykee Heaton at South Side Music Hall
Niykee Heaton’s The Bedroom Tour Playlist, her first release since 2014, debuted at No. 39 on the Billboard 200 when it dropped. The noted Instagram thirst trap stops in Dallas on her Centerfold Tour tonight. — OM

Flosstradamus at South Side Ballroom
Kid Sister’s big brother, aka one half of this Chicago DJ duo released, “Came Up,” its newest original jam since last year, which features Post Malone. Go dance your butt off. — OM

Marshmello at Stereo Live
Hey, another masked anonymous EDM DJ. Speaker of the House will be there, too. Not the Trumpy oil guy, but like another EDM DJ that goes by that name. — CG

American Aquarium at Trees
Last year, the North Carolina-bred country rockers released their sophomore long-player, Wolves. After burning through over 20 different bandmates, the album is one that finds the band’s hard-partying, road warrior frontman B.J. Barham finally locking down a more solidified lineup. At least you won’t be drinking alone tonight. — CG

Rogue One at Texas Theatre
Another little indie film you’ve probably never heard of screens twice at this little boutique theatre, at 7 p.m. and again at 10. — CG

Scotch + Cigars at Dallas Chop House
Scotch, steaks and potatoes, then cigars on the patio. An evening designed to put hair on your chest, no matter your gender. — CG

Dasher and Santa at GAPCo
A fucking reindeer will be at GAPCo tonight from 4 to 7 p.m. for selfies. Stick around for pizza and beer specials afterwards. — CG

Deep Ellum Wine Walk
Enough of these monthly wine walks have gone down now that you should know the drill by now. Grab a wine glass at Kettle Art and get free refills from various Deep Ellum vendors whilst shopping small. The catch this time around? Bring an unwrapped toy for a child in need and your wine glass is free! — CG