Things To Do On Thursday, April 20. 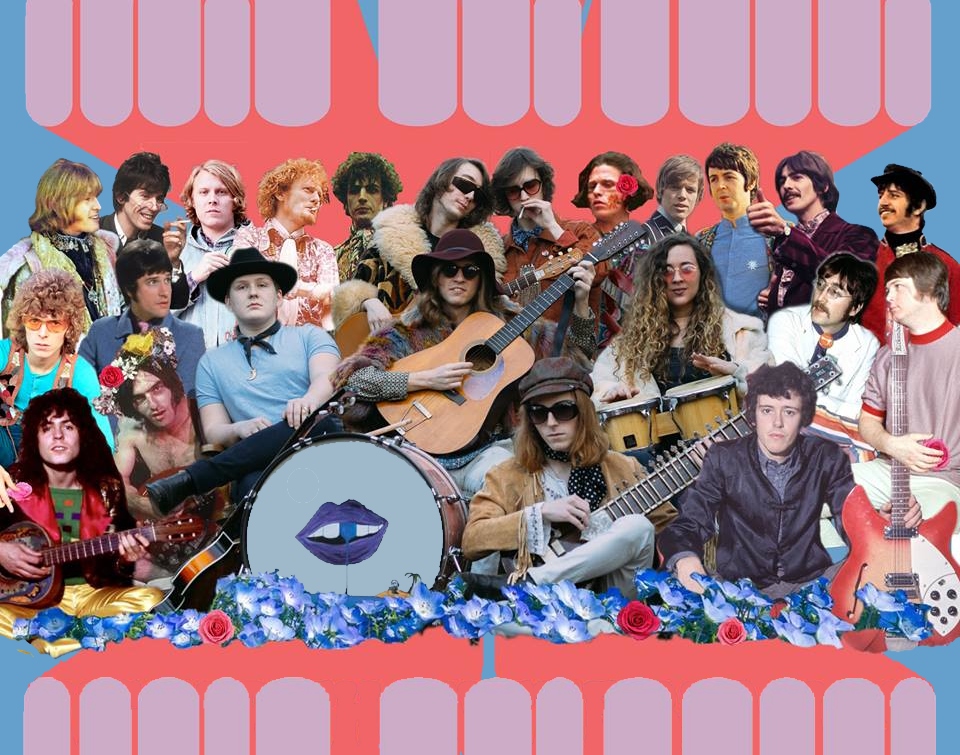 Get Higher Than The Beatles.

OK, so that doesn’t take very long. Fortunately, we’ve got a list of some more ways to spend your time today. — Cory Graves

Tom Segura at House of Blues
Segura has built a devoted following from Your Mom’s House, the podcast he co-hosts with comic Christina Pazsitzky — the two are married, and they can engage in the kind of honest and unguarded conversations other married couples would typically keep to themselves — and he’s earned high acclaim for the comedy specials he’s released. He can keep his delivery cool even as what he’s saying becomes ridiculously, yet perfectly, hyperbolic, and his enviable creativity is apparent in every subject he explores onstage. He’s found success in newer mediums, but he’s earned respect and admiration the old-fashioned way by excelling at his craft. Ahead of tonight’s Dallas stop, we did an interview with Segura, which you can read in full right here. — Alex Gaskin

Thin Line Fest in Denton
The tenth annual Thin Line continues with photo exhibitions at the PAAC and the Golden Triangle Mall, a screening of Bonnie and Clyde at Campus Theatre, and a trio of free shows at Dan’s, Taps and Caps and BackYard on Bell, the highlight being the bill at the ol’ Silverleaf that features Sam Lao, Dezi 5, Southpaw Preachers, tomkat, Sky Window and Somogyi. That’s right, the fest is free this year, but do have to register here in advance. — CG

Acid Carousel (Album Release) at Transit Bicycle Co.
They’re not bigger than Jesus, but they are higher than the originators of that quote, which is, well, something! Although perhaps not as fully focused as Foxygen’s latest record, Acid Carousel is a whole lot trippier. And, of the two, they’re certainly the ones your 4:20-friendly dad would be most keen on. Pick up a copy for him at this release show. — CG

Clap Your Hands Say Yeah at Dada
Unlike CYHSY last time through, where it celebrated the tenth anniversary of its self-titled debut by playing it in full, they’ve got a brand new album to cull from this time around. — CG

Bernie Rally at Verizon Theatre
Vermont Sen. Bernie Sanders is rallying the troops in conservative states all campaign-style, along with new Democratic Party chair Tom Perez, in an effort to rebuild and reunite his party. Come together, fight back. — CG

Christopher Titus at Majestic Theatre
Christopher Titus is one of the few people who gets away with joking about suicide, heart attacks, domestic abuse and more. You may say such topics aren’t funny, and many people would probably agree with you. But this dude has managed to star in several TV shows, including his own show, Titus, which aired on FOX from 2000 to 2002. People genuinely like him, as strange as that may sound. Catch him live tonight and judge for yourself if he pulls off his style of dark comedy or not. — Carly Seitz

The Brand New Money Revival at Trees
We’ve pointed it out before, but it bears repeating that Bric’s Block Party events have a rock-solid reputation, and deservedly show. Folks show out to these bashes whether the bills consist of heavy-hitters like Erykah Badu, D.R.A.M. or Wiz Khalifa, all of which we’ve seen play these parties in the past, or even lesser-known rising entities like Starlito and Don Trip. For that reason, this off-shoot event already feels like a can’t-miss option for tonight. But then you go and factor in that this The Outfit, TX-headlined and co-hosted affair is also doling out free booze and, for the first 300 or so people at least, even free kicks? C’mon. Who does that?!?!  — Pete Freedman

Los Lobos at Kessler Theater
The 2016 Rock and Roll Hall of Fame nominees continue plugging away, making a case that their Latin-based indie rock deserves enshrinement at some point down the road. — CG

Cosign Live at Off The Record
This panel presented by Cosign Magazine centers around the art of the music video, with contributions from ace area video directors Jeff Adair, Stack Moses and Jeremy Biggers. — PF

BrainDead’s Smokin’ a Fatty
A big ol’ pig from South Texas Heritage Pork is the fatty they’ll be smoking at the Deep Ellum brewpub. There’ll also be a whole list of “leaf-themed” beers available, and some other surprises in store, too. — CG

Suscon at Viva’s Lounge
Dallas Suscon is a gathering of people that really love suspension. Not like suspense, they like being drug up into the air on fucking hooks dug into their body. And there’ll be classes all week long to learn how to take your practice to the next level. — Paul Wedding

Cursed Days 4 at Texas Theatre
You wanna get high and watch Cheech and Chong’s Up in Smoke, maaaaan? Does Howdy Doody got wooden balls, maaaaan? Afterward, Black Taffy, Tornup, Felt & Fur and LLORA will play behind the screen. — CG

Squirt DJ 4/20 Bday Tribute at Off the Record (Free)
Earlier this month, ‘90s drum and bass DJ Aaron “Squirt DJ” Wilkerson passed away following a short illness. To mark what would have been his birthday this weekend, DJs Niro & S.O.U.LJah, Lacey, Faded Deejays, along with MC Astro, BARNyartists, IZK and Al Lyric and host EZ Eddie D will come together to pay tribute. — CG