Things To Do On Monday, December 5. 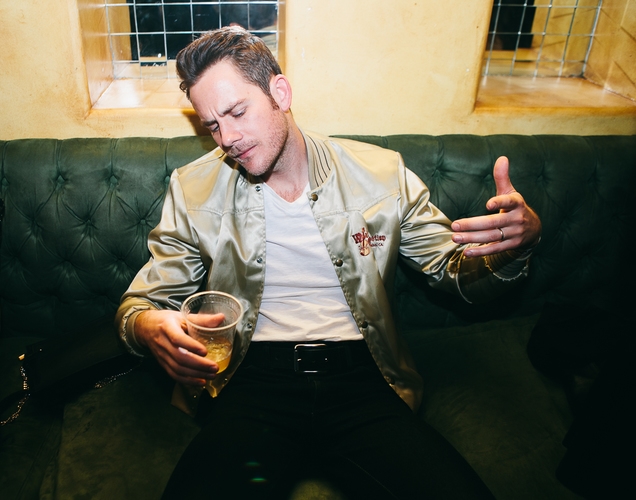 Depending on your job’s pay cycle, you may be down to as few as one more paycheck before Christmas hits. And you still haven’t finished your shopping, we’re guessing. Which makes this list of ways to save up some cash right before the holidays very essential.

Because you shouldn’t have to sacrifice your going out on the town money just so you can afford to buy your family crappy gifts. Besides, just look at all this stuff you would have to otherwise be missing out on.

Sam Outlaw at Magnolia Motor Lounge
After spending a decade as an ad salesman, and only really seriously dabbling in music for the past couple, Outlaw – it’s his mother’s maiden name, for real — released his debut full-length, Angeleno, last year. The stand-out effort was produced by Ry Cooder and features the eclectic Californian lending his legendary guitar prowess to most tracks. Other players on the album include Bo Koster (My Morning Jacket), Taylor Goldsmith (Dawes) and Gabe Witcher (Punch Brothers), meaning that the crisp and tasteful instrumentation on that thing is noticeably impeccable. Since that release, Outlaw’s quit his job and racked up all kinds of positive press, including some especially kind words from Rolling Stone, which not only called Angeleno one of the great unheard country records of [2015], but added that “Outlaw knows he didn’t grow up roping herds, but he proves on songs like ‘Angeleno’ that there’s a little bit of a restless cowboy in even the most die-hard city slickers.” Just for grins, here’s what Sam had to say to us one of the last times he was in town.

Steve Vai at The Bomb Factory
Here’s a Steve Vai fun fact for you. Though much of the soundtrack to Crossroads — the 1986 Ralph Macchio one, not the 2002 Britney Spears one – was written and performed by Ry Cooder, Vai actually played both guitar solos in the film’s famous duel-with-the-devil climax.

Repeal Day at Victor Tangos
Remember remember the fifth of December, aka the day in 1933 the U.S. government passed the Twenty-First Amendment to the Constitution, officially repealing alcohol prohibition. It’s a day bars all over the country, including tons in Dallas, celebrate. At this one, they’ll be serving up 83-cent cocktails to mark the 83 years of Americans being able to enjoy the freedom to enjoy “intoxicating liquors” again. And Ry Cooder is happy about that.

Ruby at Three Links
The old Silverfish frontwoman Lesley Rankine is now called Ruby. Pop Matters describes her current output as being not like Ry Cooder at all, rather an “erotically-charged shuffle of downtempo grooves, distorted guitar breaks and menacing sways of dark, curdled jazz opened up a new vein of post-feminist angst.”