Things To Do This Fat Tuesday, February 28. 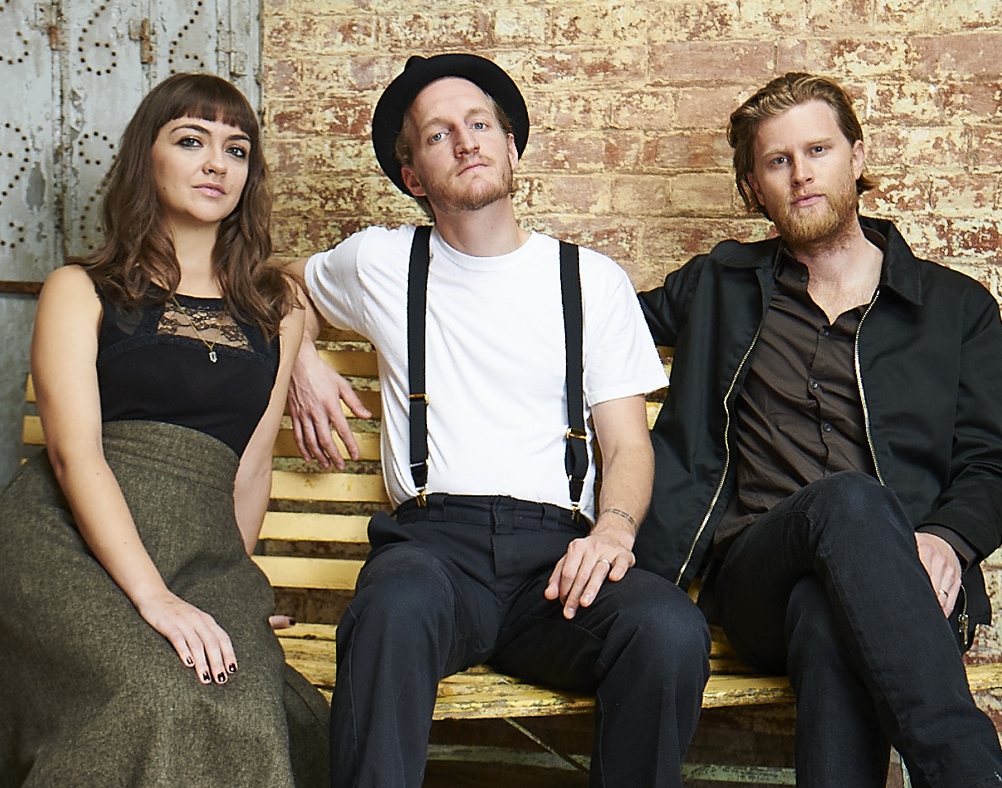 Have The Fattest of Tuesdays.

There are few joys like the ones you experience after becoming recognized as a regular at your favorite bar. From the occasional free drinks, to the sense of belonging and elevated repartee. As you get more and more comfortable with your status, it becomes increasingly important not to overstep your bounds. With that in mind, here are some tips on how to remain in good standing at your most frequented watering hole.

It should go without saying, that you should always be polite and respectful to staff, though, be it at a place you’ve been to a million times or somewhere brand new. It’ll get you far in life. And it’s something to be extra mindful of on big drinking holidays like Mardi Gras, which tend to bring out the assholes. — Cory Graves

The Lumineers at Verizon Theatre
Say what you will about neo-folk band The Lumineers — and plenty have in a negative capacity, from Esquire to Alice Cooper — but the band at least deserves credit for standing firm in its convictions. Last year, as North Carolina was enacting a bathroom bill similar to the one Texas is currently considering, the Colorado-based band made sure to use its stop in that state as a means of resistance, donating all profits from its show there to organizations fighting that bit of legislation while collecting other donations and forcing the venue to make all of its bathrooms gender-neutral for the night. Now, here in North Texas, the band is once again putting its money where its convictions are. In a statement, the folk-rock band announced that it would be using this Verizon show to raise funds for Planned Parenthood of Greater Texas. — Pete Freedman

Westworld at The Magnolia
His 1990 novel Jurassic Park wasn’t Michael Crichton’s first foray into ill-conceived theme parks going awry and killing visitors. That’d be this 1973 sci-fi thriller starring Yul Brynner and James Brolin which, in turn, was the basis to the current HBO series. — CG

Mardi Craw Bash at The Rustic (Free w/ RSVP)
Expect hundreds of pounds of crawfish to be boiled and served up at this Mardi Gras bash, as well as much from Tameca Jones and Chris Watson. — CG

Captured by Robots at Double Wide
Former Blue Meanies bassist Jay Vance performs as JBOT, a human enslaved by his robot bandmates. The story behind these robots is that they supposedly ripped JBOT’s intestines and eyeballs out. So expect plenty of gross out humor and sight gags. And actual instrument-playing robots, which is, um, something you don’t see every day. — Stephen Young

Survival Guide at Crown and Harp (Free)
Emily Whitehurst is so into her Survival Guide project these days, she skipped out when her old band Tsunami Bomb reunited for a string of shows in support of a rarities release. Always forward, never backward. Lungs and Limbs, Zelfel and Poly Starra open. — CG

The Illusionists at Music Hall at Fair Park
Seven of the world’s top magicians bring their popular Broadway show to Dallas for a week of dazzling, death-defying, high-tech performances. — CG

Landlady at The Prophet Bar
Onetime touring Man Man member Adam Schatz is now making a frenetic brand of sudden-shift-filled pop rock of his own. He calls it adventure pop. Go on that adventure with him live in person. — CG

Fat Tuesday Crawfish Boil! at Rex’s Seafood at the Dallas Farmers Market
For $30, it’s all-you-can-eat crawfish, and $5 hurricanes. One of many spots you let the good times roll with that particular combo tonight. — CG

Overkill at Trees
Although Overkill might not have quite the same name recognition as, say, any of the Big 4, they were every bit as essential as their brethren in Anthrax (with whom they coincidentally shared a member early on) spreading thrash metal throughout the east coast and beyond. Thirty years and twenty albums later they’re still at it. Nile, The Black Moriah and Exploder open. — CG

Adam Torres at Dan’s Silverleaf
It’s been a decade since Adam Torres released his debut album, which has since become a cult favorite. Now the Austin resident with the otherworldly falsetto brings its long overdue follow-up to Denton. — CG

Bacchus Moonshine at Bucky Moonshine’s
Crawfish, hurricanes and live music at the spot’s 14th annual edition of this shindig. — CG

Phat Tuesday w/ Mystikal at Truth Nightclub
This Phat Tuesday party is working with Mystikal, who’ll sing that one song about shaking your azz a whole bunch of times. — CG

High Noon at Texas Theatre
Some five decades before Tony Soprano, his oft-refrenced hero Gary Cooper was the idealistic strong and silent type that takes on an entire gang of bandits all by his lonesome. Dallas Morning News critic will intro the film and discuss Glenn Frankel’s new book High Noon: The Hollywood Blacklist and the Making of an American Classic with the author. — CG

Hopped Up Cinema: Smokey and the Bandit at Alamo Drafthouse (Richardson)
Burt Reynolds and his mustache have a total disrespect for the law in this car-chase filled camp classic. It’s fitting the plot revolves around a bet to transport a truckload of Coors across state lines, seeing as how local brewery Oak Highlands has put together a special flight to pair with the picture. — CG

Fat Tuesday Masquerade at The Lodge
Get out all that “naughty” behavior before you have to be good for the next 40 days of Lent. — CG