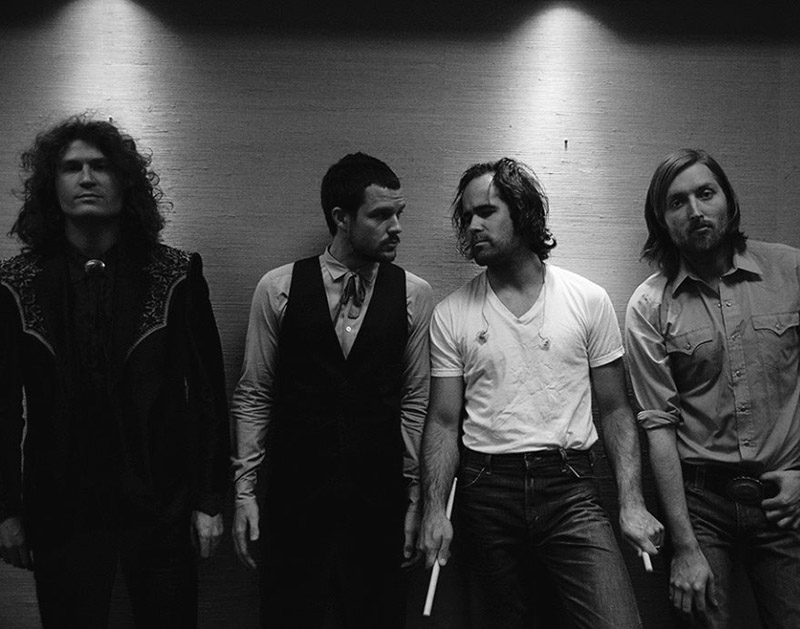 Smile Like You Mean It With The Killers At The Toyota Music Factory, Take A Trip To The Blood Bank With Bon Iver At The Bomb Factory And Eat Some Pie At Norma’s Café.

What would you do if you saw a horde of Tyrannosaurus Rexes coming at you?

Well, chances are it’s probably a bunch of nerds getting together to celebrate the Cretaceous Period, as was the case in Portland yesterday. Dozens of folks gathered at the Monument Square to celebrate their joint fandom of T.Rex dressed as T.Rex in those costumes you’ve probably seen on YouTube — you know, people skateboarding and whatnot.

Turns out a couple of science fans organized the event on Facebook as a Cretaceous Period Party and even asked for someone to show up for a group photo because of T. Rex’s small arm problems.

So while we aren’t aware of any dope T. Rex costume-themed gatherings in Dallas this week, there is still a bunch of stuff to do in town this week as you can see from the list below.

Neck Deep at The Bomb Factory
With Seaway, Creeper, Speak Low If You Speak Love.

The Moody Blues at Pavilion at Toyota Music Factory
Only the moodiest of blues.

Free Intro To Coding at Dallas Entrepreneur Center
Learn some tricks of the trade.

Kale and Ale at Sundown at Granada
Music from The Funky Knuckles.

Bon Iver at The Bomb Factory
With Hiss Golden Messenger.

Mary Lambert at Cambridge Room (House of Blues)
The singer-songwriter stops in town.

Marbin at Prophet Bar
With Herd Of Instinct, Wolves Reign.

The Amazing Acro-Cats Dazzle Dallas! at Texas Theatre
Some of the furriest fun to be had.

Barf Wave Plays The Hits at The Nines
With a special performance from The Delzellz.

Never Friends at Main at South Side
With Post Nothing, Crushed!?, Better Now.

Black Pussy at Trees
With Bull By The Horn, The Infamists.

The Throwback Party at The Prophet Bar
Come dressed like it’s the ’90s.

Wizardvizion at Off The Record
No cover.

The House Harkonnen at Three Links
With The Virgin Wolves, Slow Seers.

Flans at Majestic Theatre
Not the dessert.

The Killers at the Pavilion at Toyota Music Factory
With special guests Summer Moon, Amanda Brown.

Harlem Globetrotters at American Airlines Center
So much family fun.

Off With Their Heads at Three Links
With Ben Joy, JT Habersaat and more!

Elk River Sessions Revisited at Dan’s Silverleaf
See what Denton’s finest are up to.

DK the Drummer at Deep Ellum Art Company
With Sucré.