Things To Do In Dallas On Wednesday, April 26. 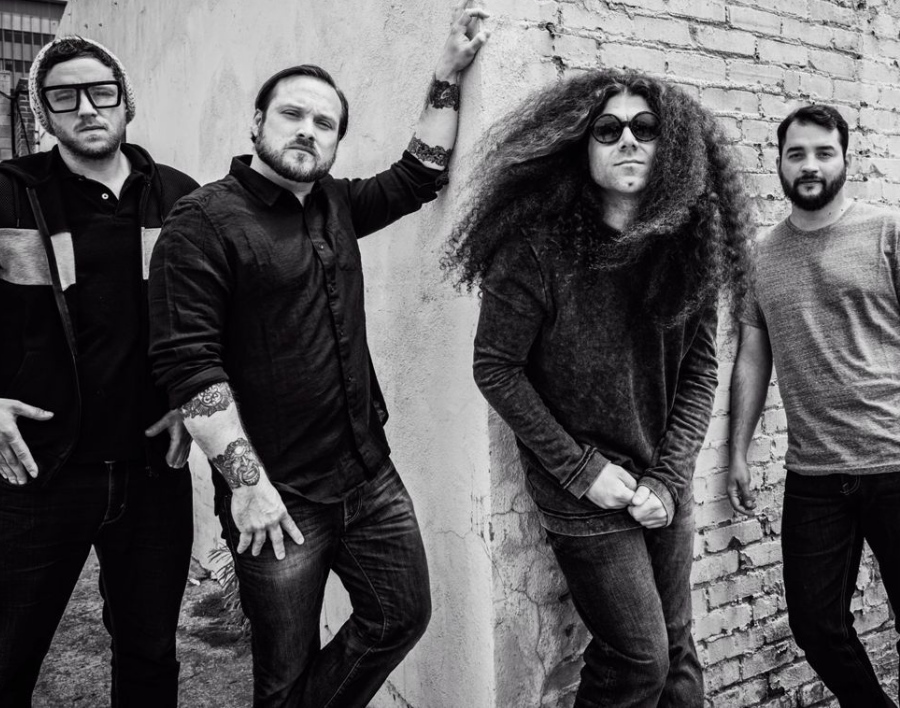 All over the country folks are as pissed off with their cities’ pothole probs as we are here in Dallas. So, they’re taking matters into their own hands, planting flowers in their town’s road pocks as the must precious form of protest imaginable.

So, um, that’s one thing you can do tonight. We certainly know one you can start with.

But if getting your hands dirty in the name of making subtle digs at the quote-unquote man doesn’t sound like it’s up your pothole-riddled alley, well, there are lots of other things to do tonight. – Cory Graves

Coheed and Cambria at House of Blues
Coheed and Cambria has many talents, going through drummers is one of them. Tonight, they’ll be rocking and rumbling the HOB with drummer No. 4. The Dear Hunter opens. — Chase Whale

The Garden at Three Links
For the past four years, twins Wyatt and Fletcher Shears have been taking the usually tired old bass-and-drum aesthetic far beyond the normal realms of comfort. Combined with esoteric electronic elements and very intentional comedic aspects, their band The Garden is one of the newest faces on Epitaph Records, which released its Haha LP a couple years back. But, funny as their songs can be at times, the brothers’ “impeccable bone structure” punk is serious business. Other successes for the brothers — who also play in side projects Puzzle and Enjoy — include modeling for Yves Saint Laurent and countless tours in Europe and Asia. — Evan Henry

SuicideGirls at Gas Monkey Live
Many of the tattooed, “alternative” models who pose for the SuicideGirls website and/or books like to think of the company as feminist-friendly and otherwise view its focus on non-traditional subjects empowering. The company’s owner, Sean Suhl, has said on record before, though, that he started the site “just to see hot punk rock girls naked.” The trick here, then, is figuring out where attending tonight’s burlesque performance stops being a showing of support for a positive subculture and talented performers and starts being a form of financially supporting a misogynistic and ultimately pretty harmful company? — CG

Dollar Hot Dog Night at Globe Life Park
Not all the concessions at the Rangers’ ballpark are wallet-busting – not all the time, anyway. On Wednesday games you can chow down on as many hot dogs as you have dollar bills. — CG

The Wailers at Granada Theater
Originally serving as Bob Marley’s backing band — helping him to sell over 250 million albums worldwide — the Wailers kept it going following Marley’s death in 1981. While Bunny Wailer and Beverley Kelso are the only surviving members of the original Wailers, neither perform in this group. Nor do former Wailers Junior Marvin and Al Anderson, who currently perform with another group of musicians calling themselves The Original Wailers. These unoriginal Wailers does include bassist Aston Barrett, about the lone member of the bunch with any ties to Marley. This bunch will be jammin’ tonight nevertheless. — CG

Science Cafe by the Perot Museum at Trinity Hall Irish Pub (Free)
Crazy that in 2017 we have to organize marches to defend science. And yet here we are. This is an event along those same lines, but instead of marching in the heat, you get to sit in a darkened pub listening to an informal talk about teaching evolution in public schools. — CG

Goodfellas at Sundown
For as long as I can remember, I always wanted to be up on the Sundown’s rooftop patio sipping half-price whiskey and watching Martin Scorsese’s gangster masterpiece. — CG

Point Break at Alamo Drafthouse (Richardson)
Say what you will about The Hurt Locker, but 1991’s Point Break was the best thing Kathryn Bigelow has ever directed. What it lacks in tension-filled bomb diffusion scenes, it more than makes up for with Keanu Reeves’ vacant FBI agent Johnny Utah character, who goes undercover to bust a ring of surfing bandits. — Lauren Rushing