Things To Do In Dallas On Tuesday, October 17. 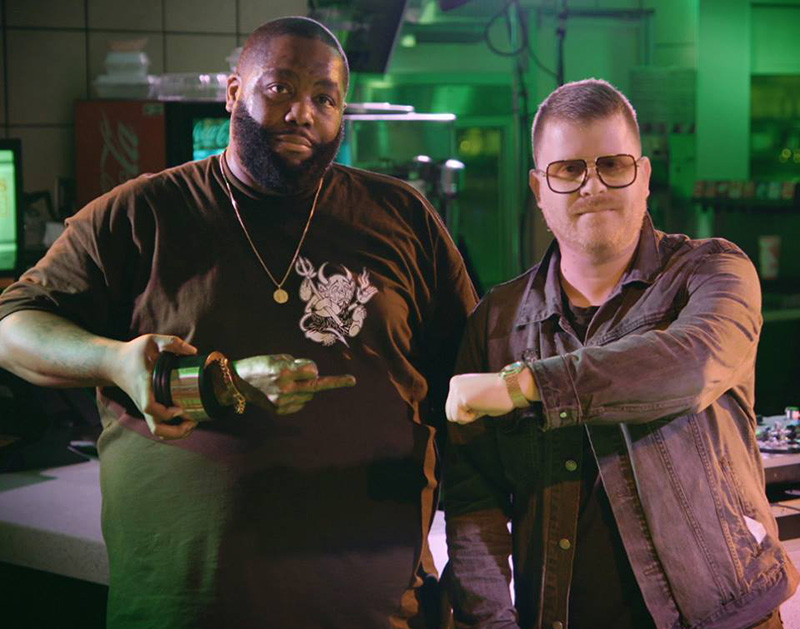 Lie, Cheat And Steal With Run The Jewels At South Side Ballroom, Jazz It Up With The Roots, And Get Weird Watching American Psycho.

Some days you wake up and just know it’s going to be your luck day. On-air news reporter Scott Madaus probably thought that the other day when his live TV report went viral.

This past weekend, the Mississippi TV news reporter was doing a live story tease about a cougar sightings in Hernando City. As Madaus dramatically motioned to his left, his camera man zoomed in on a cute little house cat with a grumpy face.

Madaus later said that the cat had actually come out of the brush nearby and he decided to use the cat in the shot to have some fun. Clearly the cat was a good, albeit distant sport about the whole thing.

Fortunately for you, you get to enjoy the video of the cute little kitty cat and enjoy a cougar-free night at one of the following events. So feel free to use this list to plan your your Tuesday evening.

Run The Jewels at South Side Ballroom
Since the release of the duo’s last album, Run The Jewels 3, the two have released a few singles this year that the fans have fully embraced. We know, we know that you die-hard fans are anxious for more. And you might just get a taste of new jams tonight after Danny Brown and Denzel Curry open the show.

Macklemore at House of Blues
Since parting ways with his musical partner Ryan Lewis, the Seattle rapper has released his second solo record Gemini. These days he’s leading “Fuck you” chants directed at our current president during his live shows. The rapper has been known to compose material about kindness and acceptance so he’s been under fire for this chant in particular. But the fans don’t seem to mind it and we can’t say that we do either.

A Night of Symphonic Hip Hop Featuring The Roots with the Dallas POPS at The Pavilion at Toyota Music Factory
Dallas is in for a real treat as the best hip hop band of late night television is coming to our city. These guys have earned the respect of iconic musicians such as Wu-Tang Clan. Don’t settle for watching them on The Tonight Show, get off the couch and come bust a move with The Roots and our local hero, Erykah Badu.

American Psycho: With Dallas Axe Throwing at Alamo Drafthouse Richardson
Starring heartthrob, Christian Bale, this black comedy horror movie features a tale of man who uses murder to relieve stress caused by his day to day life. Additionally, Dallas Axe Throwing will  be attending in case the movie doesn’t get your adrenaline going enough. There won’t be any doubts about whether or the fun had tonight will be real…

Hayes Carll at Dan’s Silverleaf
Hayes Carll was voted Best New Act by the Houston Press in 2002  thanks to his debut album Flowers & Liquor. His newest album titled Lovers and Leavers is a record about the ups and downs of love, a concept we can all relate to. Tonight’s show is guaranteed to get you right in the feels and make you pine over your first — or latest — love.

Blues Night at Deep Ellum Art Company
A night of blues brought to you by musical guests The Southpaw Preachers and Skip & The Bad Hombres. You can expect good blues music, phenomenal art, and tasty eats by Truck Yard food trucks.

Rich Chigga at Trees
The Indonesian rapper’s internet presence can be traced back to 2012 when he posted jokes and Photoshopped pictures on Twitter. His interests slowly shifted from web comedy into music as his modern day online pen pals introduced him to hip hop music. His debut single went viral in 2016 and gave him that push he needed to be on everyone’s radar, hence why he’s touring around the world nowadays.