Things To Do In Dallas On Thursday, November 2. 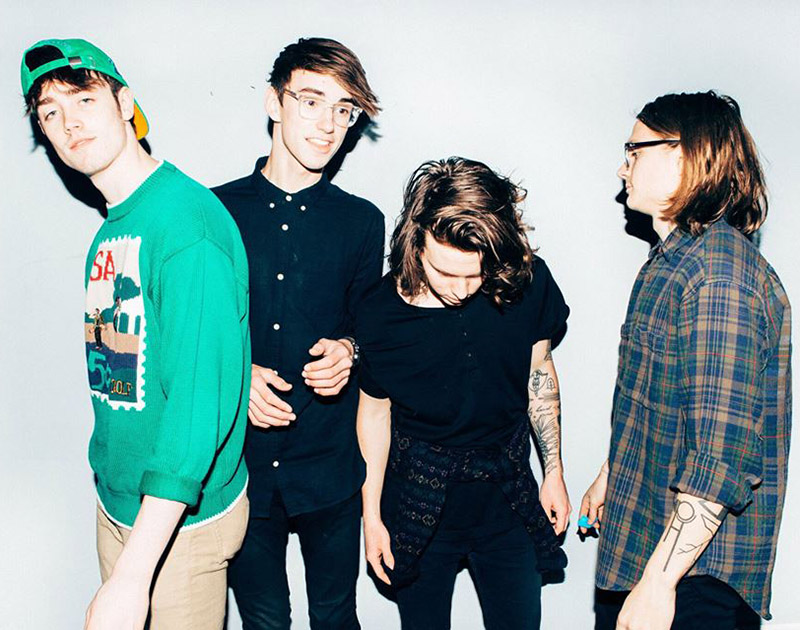 Reach The Nth Power At The Prophet Bar, Celebrate M3CCA’s Album Release At Deep Ellum Art Company And Check Out Some “Made For TV” Art At Kettle Art Gallery.

The Prophet Bar is about to get a lot busier.

Why? Well, as we reported yesterday, The Door, Prophet’s sister club, is going to be closing and moving at the end of December. Its rent was doubled and it just doesn’t make sense, according to management, to keep it going.

Now, it’s not all bad news, as there’s a chance The Door will reopen in the blooming Cedars neighborhood. And as it prepares to close, management over there will be working to book some really cool farewell shows. Right now, we know of Hawthorne Heights and Oh Sleeper.

Once we know about the rest of those farewell shows, we will let you know ASAP. But in the meantime, there’s today and the following list of cool happenings this Thursday night. — Obed Manuel

The Nth Power at The Prophet Bar
Combining soul music with with funk and rock elements, The Nth Power is coming to the Prophet Bar to stimulate our spirits with its groovy musical tunes. With the band forming during an impromptu jam session at JazzFest 2012 in New Orleans, the group has continued to create soulful rhythms and eclectics beats. And you just know the group will bring an element of improv tonight. Ghost Note and MonoNeon open. —Kelly Benjamin

M3CCA CD Release Party at Deep Ellum Art Company
Local 25-year-old singer M3CCA describes her music as “Something jazzy meets kind of crazy…if Bjork had arranged something for Ella Fitzgerald or Billie Holiday to sing over.” The peculiar sounds that M3CCA creates stems from the usage of the keyboard, microphone and MacBook all within her cozy apartment bathroom in Dallas. So come celebrate local with this local creative. Sudie and DJ Christy Ray open. — KB

Hippo Campus at Trees
What do you get with a band full of 20-something year olds all with a love for rock music? Hippo Campus. In describing its sound as “kinda pop,” the band’s music clearly draws from a lot of early ‘00s pop influence with a touch of rock. Its single, “Violet,” off of its debut EP, South, kind of highlights what we mean, so check it out. Remo Drive opens. — KB

Buffalo Ruckus at Granada Theater
Buffalo Ruckus is a band straight out of Denton, TX. With both rock and country james in its repertoire, Ruckus weaves in an out of subgenres like Americana, psychedelic, and avant-Garde experimental country rock. Trippy but homey. Works for us. — KB

”Made for TV” at Kettle Art
Kettle Art is hosting “Made for TV,” a group exhibition featuring artists like Christopher Machorro, Franco Fazio, Max Quest and curator Raymond Butler. These artists explore pop culture, street war, cartoons, video games and all other sorts of creative mediums through their artistic perspectives. — KB

Vintage Trouble With Desi Valentine at Kessler Theater
From opening for the Rolling Stones in the U.K. to touring all over North America and Europe with The Who, Vintage Trouble has definitely made a name for itself. The Los Angeles-based band mixes blues, soul, and riff-heavy rock to enlighten the spirit of their listeners. Influences such as Ike & Tina Turner, Chuck Berry, and Little Richard flow through their soulful melodies. Desi Valentine opens.

Bite Night at Dallas Farmers Market
Chef John Tesar of Knife Dallas hosts Bite Night in Dallas, where admission gets you access to delicious food, local beer, craft cocktails, excellent wines and of course, Texas beef to top it all off. Ticket sales will go to benefit DIFFA Dallas, a non-profit fashion foundation that hosts different events having proceeds that go towards HIV/AIDS prevention organizations. — KB

Matisyahu: Broken Crowns Tour at Gas Monkey Live
Matisyahu focuses on engaging and soulful vocals that give his music a deeper connection with the fans through spiritual meaning. His artistic expression has ranged from beat boxing, harmonic improvisation and playing instrumental melodies through more than 10 years in the music industry. Common Kings and Orphan open. — KB

The Rocketboys, Nite, Wesley Jensen at Armoury D.E.
Formed in Austin, Texas, The Rocketboys have built a loyal following by sticking to its complex soundscapes and usage of chorused guitar and minor key piano. Having appeared on shows such as Glee, One Tree Hill and Private Practice, the band has made a name for itself and gained exposure to new audiences as well. Their latest album, Certain Circles, features singles such as “I Will Call You Home,” which features soothing melodies with accompanying piano the smooth guitar sounds. Nite and Wesley Jensen open. — KB

North Texas Beer Week – Women of Craft Beer at BrainDead Brewing
Come hear from the women of North Texas who make the local beer world go ’round and ’round. A brew from each of the breweries where these ladies work will be served. — OM