Things To Do In Dallas On Thursday, December 7. 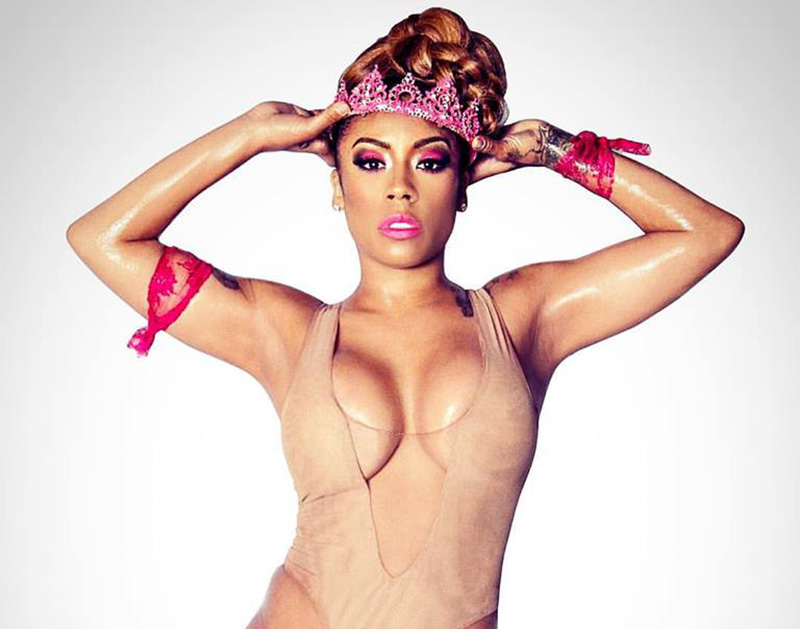 Feel The Same With Bully At Club Dada, See The Heaven-Sent Keyshia Cole At The Bomb Factory And Be A Broke Ass With Scott H. Biram At Three Links.

It’s the most wonderful time of the year!

And with that time, you can expect Christmas music in all the stores and malls, nativity scenes displayed on the roadside of churches, pretty, colorful lights atop the rooftops and most of all, Santa and his elf helpers at every shopping center across America. Whether you’re full of holiday cheer or a complete grinch, it’s unavoidable to come across these symbols of the holiday.

But one pastor in Alaska decided enough is enough. For apparently the second year in a row, Pastor David Grisham visited the Santa House in North Pole, Alaska to tell the children the truth about Christmas.

Grisham thought it necessary to ensure the kids attending a Santa Claus meet-and-greet in the local Christmas-themed shop that their parents have been lying to them their whole lives and that Santa doesn’t really exist. We, as adults, all know this to be true and understand the Pastor wanting to preserve his own religious celebration over the Hallmark-fueled symbols of the holiday, but to disrupt these poor families while they’re simply trying to put a smile on their kid’s faces is a little over the top.

He paraded around the retail shop ranting his rant until a few of the stores workers asked him to respect others and their celebrations. Parents uttered how innappropriate it was as he walked by, but most of the people ignored him, as they should ignore crazy people with ignorant agendas.

Luckily for you, you live in Christmas friendly Texas, and plenty of the folks you’ll encounter at one the events below will likely share your love of the holidays, so get out there and be merry tonight.

Bully at Club Dada
The band gained traction in 2015 after its release of Feels Like. The Chicago-based band now books spots at popular festivals such as Bonnaroo, Lollapallooza, Pitchfork Music Festival and Austin City Limits, so these guys are bringing the big stage experience to the D.

Scott H. Biram at Three Links
The one-man rock n’ roll band somehow manages to clash together blues, hillbilly and country with the violence of punk rock and godless metal. Through singing, yodeling and sometimes growling, the “Dirty Old One Man Band” spits riffs from his ‘59 Gibson guitar while he kicks away at the backbeat.

Keyshia Cole at The Bomb Factory
The four-time Grammy nominated, multi-platinum-selling artist is all too familiar with the change that comes with artistry and her expression of life is depicted in her fourth and newest album, Calling All Hearts. With collaborations featuring Nicki Minaj, Faith Evans and more, the 14-track album is diverse and in tune with Keyshia’s life.

Giraffage with Sweater Beats at Trees
Known for his synth-pop productions, San Francisco’s Charlie Yin is best know by the name of Giraffage. He has ordained himself with the mantle of refreshing and innovative amongst modern music producers. Growing up in a traditional Asian family, he is a self proclaimed “music nerd,” and his knowledge and talent shows.

Kyle Lucas at The Prophet Bar
The hip hop, rap and alternative artists hails from Georgia. He is touring in support of his latest album Almost Famous, Almost Broke,  as well as promoting the set on his The Day Late & A Dollar Short tour.

Krampus: Claw, Son of Hel at Deep Ellum Art Company
German folklore tells the tale of St. Nicholas’s alter-ego, counterpart, Krampus, the Christmas demon that destroys the lives of children as opposed to the gift giving traits of his better half. Through the years, the tale has been told in different versions, but all have the commonality that the good kids get gifts while the bad get punished by the dark persona of Christmas, so be extra good this year, because Krampus is watching. And he’ll know if you’re not at this rockin’ show tonight.

Wye Oak, Bayonne at Deep Ellum Art Company
While the duo has spent most of their lives together in Maryland, the success of their 2011 album, Civilian, put them on opposite sides the map with new inspiration and momentum despite the distance. In sharing ideas back and forth, an evolution took place, and birthed Shriek, the group’s fourth full-length album.

An Acoustic Evening with The Dispatch at Kessler Theater
Earning the title of performing the largest independent music event in history by Rolling Stone after its farewell show in 2004 drew 110,000 people, the group made a few cameo appearances before it officially reunited in 2011. The band released new material, including a six-song EP and a full-length album for the first time since 2000. One dollar from of ticket sold will be donated to the Calling All Crows and Love Light + Melody charities.

Jewel’s Handmade Holiday Tour at Pavilion at Toyota Music Factory
The Alaska-native singer, songwriter and mother will be performing at the Hallmark-sponsored holiday event, touring in support her new album #PickingUpThePieces and memoir #Never Broken. Special guests Atz and Atz Lee from Discovery channel’s reality television show, Alaska: The Last Frontier will be making an appearance.

Keep Flying with Dozer TX at The Dirty 30
The punk rock group music has an emo and pop rock sound to it. The band is riding the wave of the recent release of its consisting of six-track named, Walkabout. Dallas marks the start of its four stop Texas tour.