Things To Do In Dallas On Thursday, August 24. 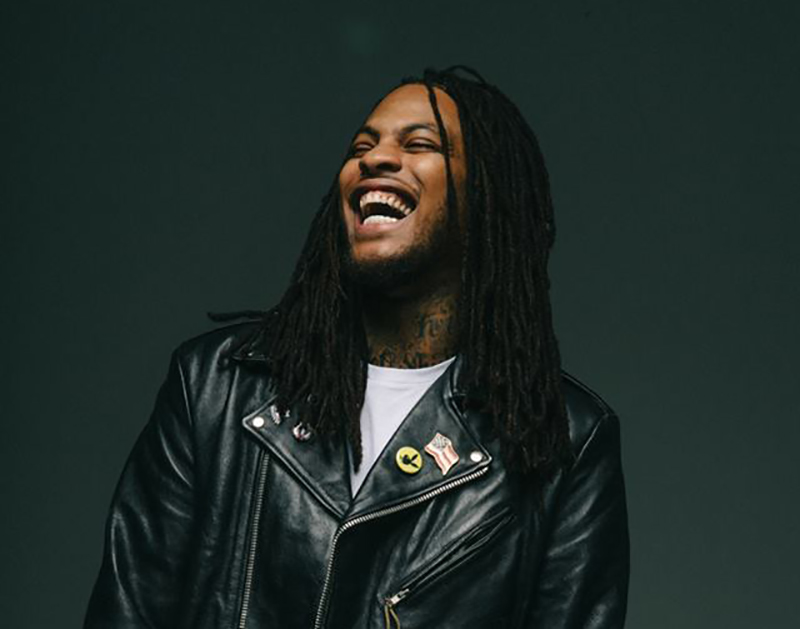 If you’ve ever felt like life has given you a break only to chew on you and spit you right out again, then at least you’re not like these poor little piggies from the UK who after being rescued from a fire were turned into sausage as a gift for the firefighters who saved them.

Six months after a couple of firefighters in Wiltshire saved a group of 18 piglets from a nearby farm, the piglets were turned into sausage by the farm owner. She said she wanted to show her appreciation to the firefighters for saving the piglets.

So yeah. Make the most of life before it turns you into sausage and paint the town red at one of these Thursday happenings. — Obed Manuel

Waka Flocka Flame at Red Jacket Nightclub
Waka Flocka Flame is now apparently among the ranks of famous vegans after watching Netflix’s What The Health documentary and he’s lost a bunch of weight thanks to that switch. But he hasn’t lost his step on the stage. Tickets are still available for his performance tonight and will be at the door. — OM

Cory Morrow at Kessler Theater
Thanks to the help of compatriots of guys like Pat Green, Cory Morrow’s carved out a niche for himself as one of the Texas country scene’s elder statesmen. Tonight he plays at this Oak Cliff staple to celebrate 20 Years of Life And Songs with opener Kyle Hutton. — Cory Graves

Shabazz Palaces at Club Dada
And the grand accomplishment of being first hip-hop act to be signed to Sub Pop goes to? Shabazz Palaces. And that’s impressive feat, for sure. Still, this is Sub Pop we’re talking about, a label that’s been home to such stalwart acts Nirvana, The Postal Service and The Shins, just to name a very few. So perhaps it’s not shocking, then, to learn that Shabazz Palaces isn’t your quintessential hip-hop act. They’ve got some experimental out of left field songs, which kind of makes sense once you realize that one of their members was also a member of Digable Planets back in the early ’90s. Anyway, folks looking for songs drowning in twerk and molly references need not attend this high-minded offering. — Pete Freedman

Simple Plan at House of Blues
The band that had great success in the early 2000s is on the 15th anniversary tour of No Pads, No Helmets…Just Balls, its biggest album to date. You know all the lyrics. Come sing along. — OM

Dallas VideoFest Catfest at Texas Theatre
It’s exactly what it sounds like: an 80-minute assortment of cat videos split into multiple categories like Comedy, Drama, Animated, Musical, Action, Vintage and Documentary. Proceeds from this catfest go to a local shelter. — OM

Quakecon 2017 at Gaylord Texan
id Software’s annual gaming convention/celebration of that time they invented DOOM, Quake and Wolfenstein goes down through the weekend. Expect panel discussions, tournaments and a BYO computer portion for the mother of all LAN parties. — CG

The Venetian Sailors LP Release at Good Records
The local band is releasing its new LP La La Language, which is described as a “meta-investigation of social alienation and self-discovery.” Chris Holt will join the band on keyboard and guitar. — OM

Make Them Suffer at The Dirty 30
The Australian metalcore band dropped its newest album Worlds Apart at the end of last month. While a lot of metalcore is usually just fodder for moshpit aficionados, Make Them Suffer actually strives for some form of melody with its latest release. Enterprise Earth and Spite open the show.

Dream Court Ceremony at Fair Oaks Park
Nancy Lieberman Charities will be presenting its latest Dream Court as part of its Kids & Cops Initiative. This one was donated by Big Lots! CEO David Campisi. — OM

V MRKT Nites at CocoAndre Chocolatier
At this pop up shop, you’ll be able to eat vegan paletas and eat all the chocolate. — OM