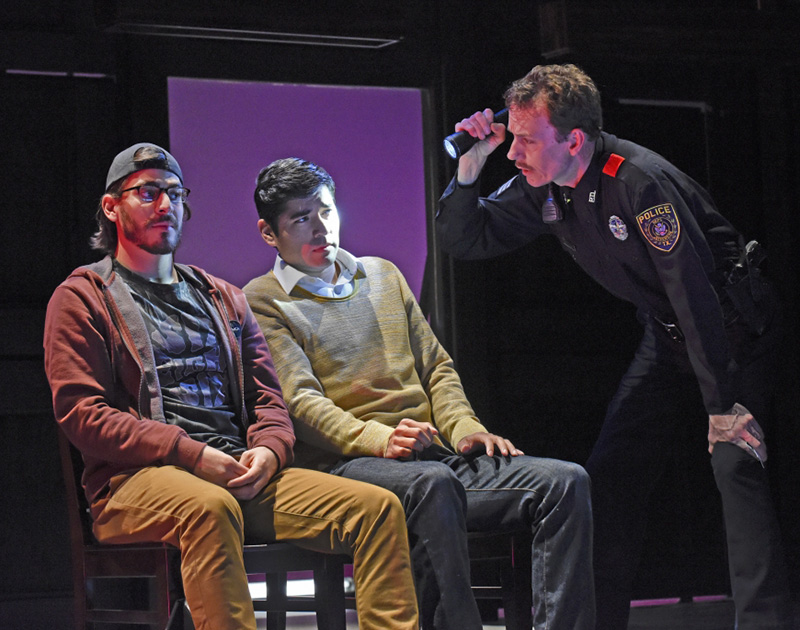 Cara Mia Theatre Co.’s Deferred Action Is Using Its Second Run To Tour Texas And California And To Open Up Dialogue About Immigration.

The story of a young, fictional, undocumented immigrant named Javier Mejia who finds himself entangled in a web of politics and activism, Deferred Action captivated Dallas audiences over the course of its month-long run at the Wyly Theatre last year. But even with strong reviews and a timely story, it was unclear after that string of shows if this original local production would continue to exist in any capacity beyond that.

But now, after securing funding from local benefactors, Cara Mía Theatre Co. has organized a tour of Deferred Action that will culminate with a performance at the Encuentro de las Americas International Theatre Festival in Los Angeles, an event that brings together 13 theater companies from around the U.S. and from countries like Cuba, Mexico and Peru to create dialogue between organizations that create Latinx-focused productions.

“What I think it can do for us is allow us to share our unique voice about telling stories that reflect our local political, social and cultural experiences with the country and, to a degree, the world,” says Cara Mia director David Lozano. “We’ll be able to further evolve our work by engaging Latinx from the entire western hemisphere.”

Deferred Action, which was written by Lozano and Lee Tull of the Dallas Theater Center, premiered in April 2016 at the Wyly Theater. It tells the story of a young activist who is a benefactor of former president Barack Obama’s Deferred Actions for Childhood Arrivals (DACA) program that granted temporary legal status to people who were brought into the U.S. as children — a group often referred to as “dreamers” in reference to the similar DREAM Act.

The play is being showcased at the Encuentro Festival as the fates of about 800,000 DACA recipients is unclear, with President Donald Trump repeatedly giving vague and discomforting answers about the program’s future. Cara Mia marketing and development coordinator Jose Manuel Santoyo, a dreamer himself, says a that a play like Deferred Action presents an opportunity to showcase the fear that many who benefit from DACA are feeling at this time.

“You have all kinds of conservatives and liberals sitting in the audience,” Santoyo says. “Whether they agree or disagree, a play like this challenges your values and your ideas and preconceived notions you might have about this group of immigrants.”

Before shipping out west, Deferred Action will be performed a handful of times locally — at Southern Methodist University from September 14 to 17, University of North Texas from September 21 to 23 and the Latino Cultural Center September 27 to 29. In addition to the performances themselves, these stops will also each feature discussions about immigration, immigration reform and the current state of affairs with the local activist group North Texas Dream Team.

“The play that we wrote has more relevance today than when we first premiered,” Lozano says. “The characters talk about things that we’re hearing explicitly from our political leaders today and the warnings from the human rights watch community.”