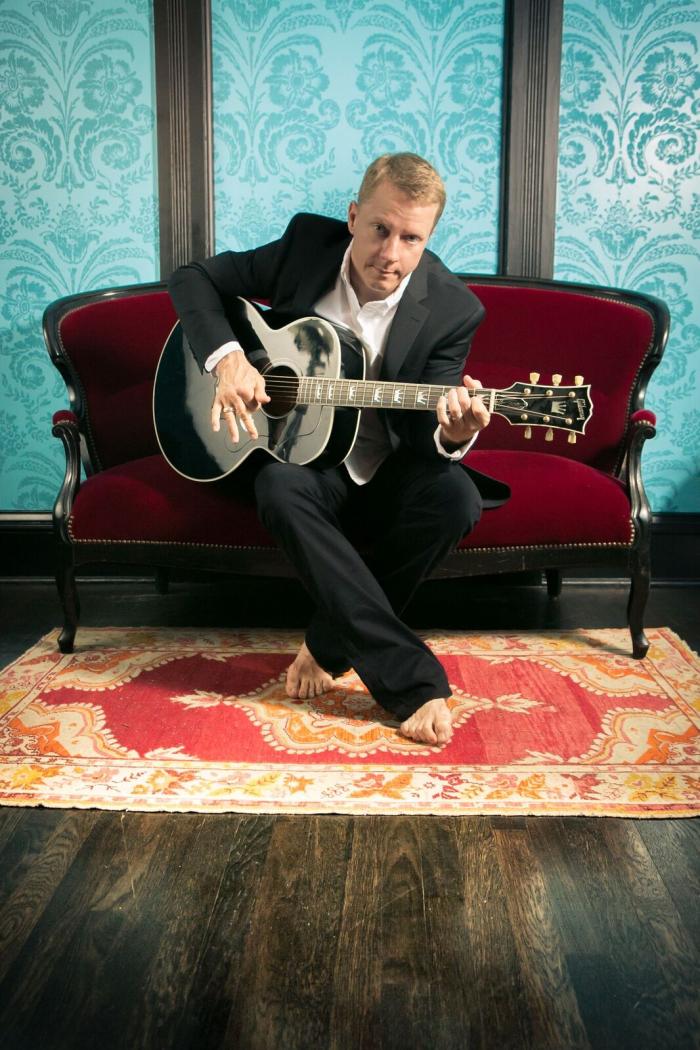 Happiness has always come naturally to Cory Morrow. With his rollicking, soulful, feel-good Texas country, he has made thousands jump on tabletops, shimmy, scream, and suspend

Happiness has always come naturally to Cory Morrow. With his rollicking, soulful, feel-good Texas country, he has made thousands jump on tabletops, shimmy, scream, and suspend worries for almost two decades, like a honky-tonk pied piper––and he shows no signs of stopping. But these days, Morrow is also devoted to something more.

That deep joy courses throughout The Good Fight, released June 16, 2015. The 15-song collection was recorded at East Austin’s 12th Street Sound and polished at the Zone Recording Studio in nearby Dripping Springs, Texas. Reflecting on the process from his home in Austin, Morrow says, “I want it to be right. Looking back on other albums, I feel like I’ve settled on certain things. And this time, I really don’t want to settle.”

Listening to The Good Fight, it’s immediately clear that this is a record brimming with guts, truth, and growth––not compromises.

Morrow sings hard, proving his smooth, fiery drawl has only gotten better with age. The music revels in a life full of love and purpose, drawing on gritty rock, thumping gospel, and Morrow’s signature juke-joint country. Many of the songs address faith and relationships, both human and holy, with urgency, gratitude, and wonder. “I think there has always been a thread of spirituality in everything I’ve done––I’ve always been searching for something more,” he says. “But in the last five or six years, I’ve started to actually find it. And in the last three or four years, I’ve begun to come into really deep contact with it––to walk in it.”

As a songwriter, Morrow has retained his token wit and self-deprecating humor, two traits that play well with the album’s loftier themes. His circle of collaborators continues to expand: Nashville aces Brian Keane and Mando Saenz, along with Texas troubadours such as Carter Beckworth, joined an existing cast of favorites that includes the sagacious Owen Temple.

Written with Keane, “I Don’t Mind” captures the bliss of submitting your will to that of a higher power with piano-fueled, tent-revival panache. “I love the way that it speaks and the truth that it speaks,” Morrow says of the song.

Another track that Morrow tackles with a gospel-worthy aplomb, “Dreams” was penned with friend Matt Davis, who runs beloved Tomball, Texas venue Main Street Crossing. “I think we’re all dreaming to do more,” he says. “I find my dreams changing. They’re getting bigger in that they’re focusing less on me and more on what I can do for others. And that can be a really scary concept for me, because I’ve spent most of my life doing for myself––and that was pretty easy. And pretty fun,” he says, laughing.

When asked what “doing for others” looks like for him, Morrow doesn’t hesitate: “Serving. It’s little things all the time.” He mentions his band, and the urge to care for them as people and friends. He brings up his wife, Sherry, and his dedication to her, as well as their shared commitment to supporting organizations such as the Salvation Army in new, concrete ways. “It’s looking around my community and just seeing where there’s loss or grief or suffering. Is there any way I can be there for somebody?” he says. “Even if it’s for me to just be in the room, quiet and available.”

His newfound dedication to seeking out hurt and need around him emanates throughout the album. “In and Out of Light” explores the ideal balance between consistency and change, and serves as a call to see the downtrodden we so often choose to overlook. He sounds a similar cry on the soaring “Let Us Love,” a chest-pounding anthem pleading for open hearts, and “Hiding Anything,” in which he encourages listeners to “fall into arms that you can’t see.”

“Old Soul” is signature Morrow, gleefully mixing profound and silly to create a song that’s introspective, enlightening, and playful. “I’m an old soul, searching for a new way to rock and roll,” he sings over a flush band with standout guitar and Hammond B-3. A jubilant rock breakdown pays homage to early Morrow heroes like Led Zeppelin, and it’s clear he’d be hard-pressed to have more fun.

Pickup lines are turned on their head in “Old with You” as Morrow celebrates settling down. He penned the poignant “Little Man” for son Bear, his oldest. A four-year-old, two-and-a-half-year-old, and six-month-old twin boys fill his house with a different kind of crazy these days, keeping the Morrows perpetually on their toes.

Morrow laughingly refers to “Running After You” as his “blanket song”––a song that covers all of his boys. “It’s the idea that they’re each individually unique and beautiful in their own way, but all loved exactly the same,” he says. In the vein of “Love Without End, Amen,” written by fellow Texan Aaron Barker and immortalized by George Strait, “Running After You” is a masterfully delivered ode to fatherly love, both earthly and divine. “I want my sons to know that truth and love from the moment that they can actually speak so that when they get older, it won’t be such a far distance from them to travel––to come back home,” he says.

When asked if love serves as a unifying theme for The Good Fight, Morrow brings up the parable of “The Prodigal Son,” and the story’s precarious conclusion: Does the angry, older son ultimately follow his father into the party to celebrate his lost brother’s return?

“I think that’s what the record is for me,” Morrow says. “Everybody is the prodigal son––they’ve gotten lost and experienced love and redemption. And everybody is also very jealous of anybody else who’s gotten the kind of love they think they deserve. I think that the point of that story is that love is there, no matter what. You can’t earn it, you can’t make it greater, and you can’t do anything to make it smaller.” He pauses before adding, “Yeah. I’d love for the record to be about that kind of love. Perfect love.”