Things To Do In Dallas On Monday, October 9. 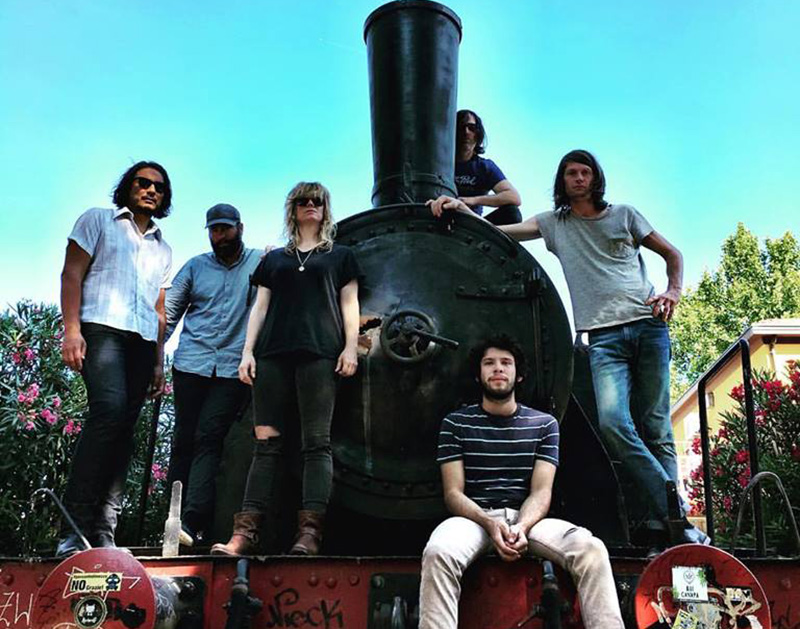 Spread Your Wings With The Black Angels At House Of Blues, Get Your Tongue Twisted With Wolf & Bear And Enjoy Happy Hour All Night At The Stoneleigh.

Baby animals are cute AF. Baby giraffes? Among the cutest! What’s not cute about a baby giraffe is keeping it in a small enclosure where it can barely go a few steps without almost hitting its head on the ceiling of where its being kept.

Stephanie Coon of Fort Worth posted a video on Facebook a few days ago that showed a young giraffe that was on display at the State Fair of Texas’ petting zoo. The giraffe appeared to be quite distressed and injured.

Fortunately for the young animal, after some public outcry, it was promptly removed from display. Still, we decided to feature it in our ongoing series about why the State Fair of Texas sucks because — well, it’s a fair point.

So keep an eye out for the next installment of our series about why the State Fair sucks. And if you’re looking for a way to kill some time before getting to read tomorrow’s post, here’s a list of cool stuff going on tonight that you should feel free to use as a guide to help you with the passing of time. — Obed Manuel

Atriarch, Pinkish Black at Three Links
The Portland band’s August album Dead As Truth sticks to the band’s death metal, post-punk and black metal musings. They played it safe and it paid off. And local fans should be happy as the band is giving you exactly what you want: music to mosh to. Local favorite Pinkish Black opens. — OM

Wolf & Bear at The Dirty 30
The screamo new metal band is touring in support of the recently released — and by recently released we mean last week — full length album Everything Is Going Gray. The California outfit’s sound is one that dips not only into the harsh depths of metal but also the more palatable melodies of mainstream-ish new metal. Andres, VIS and Tiger Parade also perform. — OM

The Black Angels at House of Blues
With Death Song, The Black Angels showed that it’s sound could be refined to tell a greater story. The songs on this latest album tell stories of intense — almost tragic — love and fear and its consequences. Check out what’s sure to be an emotional performance live as the Austin band drives up 35 for a night of jams. — OM

The Outlaw Josey Wales at Alamo Drafthouse Cedars
Clint Eastwood plays a southern rebel who joins up with the Confederate army to wage a vendetta against the men who killed his family. It’s basically Eastwood kicking ass — pretty much what you expect. — OM

Hair Metal Mondays at Single Wide
DJ Joey Scandalous will be playing your favorite tunes from the era of fluffy metal hair, and the bar — as always — will be serving Single Wide’s signature cocktails. — Pauline Esguerra

Micro Music Fest at Deep Ellum Art Company
Join Deep Ellum’s newest music venue as it hosts this open mic night where anyone and everyone is welcome to come in and show off their newest creation – be it music, comedy or something else that falls within the realm of creativity. Don’t forget to sign up. — OM

Bites and Brews at The Stoneleigh
It’ll be Happy Hour all night long at this Monday night party where you’ll be able to scarf down potato skins loaded with cheese and pork or chicken. Damn. Delicious. — OM