Thing To Do in Dallas This Week. 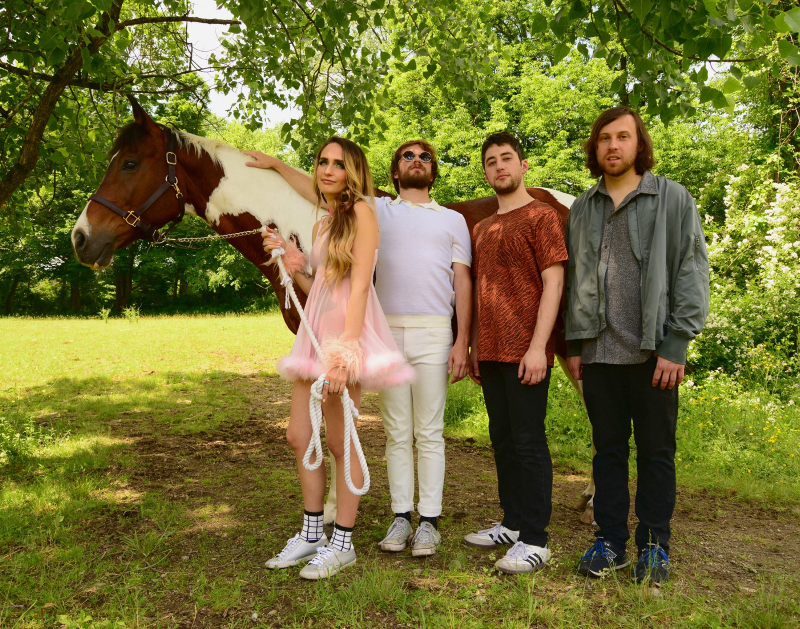 Go To Graceland With Paul Simon at American Airlines Center, Raise the Skate With Speedy Ortiz, Use Deep Ellum Spelling Bee In A Sentence at Three Links and Watch Clueless at Sundown.

Sometimes a sound, taste or a smell can bring us back to simpler days of childhood, when you didn’t have to worry about your job, social media or housing payments. A smell that takes a lot of people back to those days of childhood innocence is scent of Play-Doh.

The unmistakable aroma emitted from a fresh can of Play-Doh is now officially trademarked and owned by Hasbro. It’s hard to tell what sort of utility trademarking a smell serves, but if there is a smell that can be tied to a brand it’s Play-Doh.

The global toy and game company pretty much owns your childhood. Transformers, GI Joe, My Little Pony, NERF and Monopoly are all Hasbro-owned franchises. As if owning some of the biggest franchises in the world wasn’t enough. So if you are out there trying to re-create the Play-Doh smell and sell it on your own, you may want to find a new career path.

Check out these events and concerts happening in Dallas this week, they will be more memorable than the Play-Doh smell.

The Air In May at Prophet Bar
With 1967, Color of You, The Max Hill Band, Brave Crusade.

Justin Timberlake at American Airlines Center
The Man of the Woods Tour.

Joyner Lucas at Trees
He’s kind of a big deal.

Souvenirs at Prophet Bar
With Budapest, Tiger Parade and shortwavesroughseas.

CHON at House of Blues
With Polyphia, TTNG and Tricot.

It Lies Within and Emuness at Dirty 30
With Two Tons, Prophets and Martyrs and Spiral Eye.

Hans Gruber and The Diehards at Three Links
With Responsible Johnny and Shooting Tsars.

Nightmares on Wax at Trees
With Mark Farina.

Merkules at RBC
With C The Gray and DJ Scotty Wu.

Famous Dex at House of Blues
Peep Dexter in his lab.

Clueless at Sundown at Granada (Free)
As if.

Skatenings at Three Links
With CHANT and Razorblade Dolls.

Lovelorn at Double Wide
With Filthy.

Big Head Todd & The Monsters at House of Blues
How bittersweet.

The Posies at Club Dada
With Terra Lightfoot.

Anchored at Trees
Rock the boat.

Pears at Double Wide
With Lizzie Boredom and Fat By The Gallon.

The Mammoths at Three Links
With Bryce Gangs and The Snags.

Marc Scibilia at Club Dada
Over You Tour.

DJ Fugue at House of Blues
Weaving a Sonic Tapestry.

TOKiMONSTA at RBC
I wish I could.

The Fuckin’ Godoys at Three Links
With Blood Letters.

Museum Murder Mystery: An Artful Game of Clue at Dallas Museum of Art (Sold Out)
Do it with the pipe wrench.

How To Talk To Girls at Parties at The Texas Theatre
A movie based on a short story by Neil Gaiman.

Una Noche Con Jose Madero at House of Blues
One night only.

Peach Kelli Pop at Three Links
With Sealion and Fishboy.

The Polyphonic Spree at Legacy Hall
With Medicine Man Revival.

A Place to Bury Strangers at Club Dada
With Prettiest Eyes and Dendrons.

Adakain at Trees
With Redefine, Bishop and Sweet Chaos.

Jake Dexter at Curtain Club
With Goodwin, The Roomates, Michael and The Influence, Five Weeks.

Buckethead at The Granada Theater
The mysterious guitar virtuoso.

Hostile at The Prophet Bar
With Brook Alley, All that is Flesh, Drop Deadlys.

Bricks In the Wall at House of Blues
The sight and sound of Pink Floyd.

Minus the Bear at Granada Theater
With The New Trust.

Petrification at Double Wide
With Cleric and Kombat.

Dave Avlin, Jimmy Dale Gilmore at Kessler Theater
Backed by the Guilty Ones.

Dead House Trauma at Rail Club
With Lydia Can’t Breathe and Deceived by the Fallen.