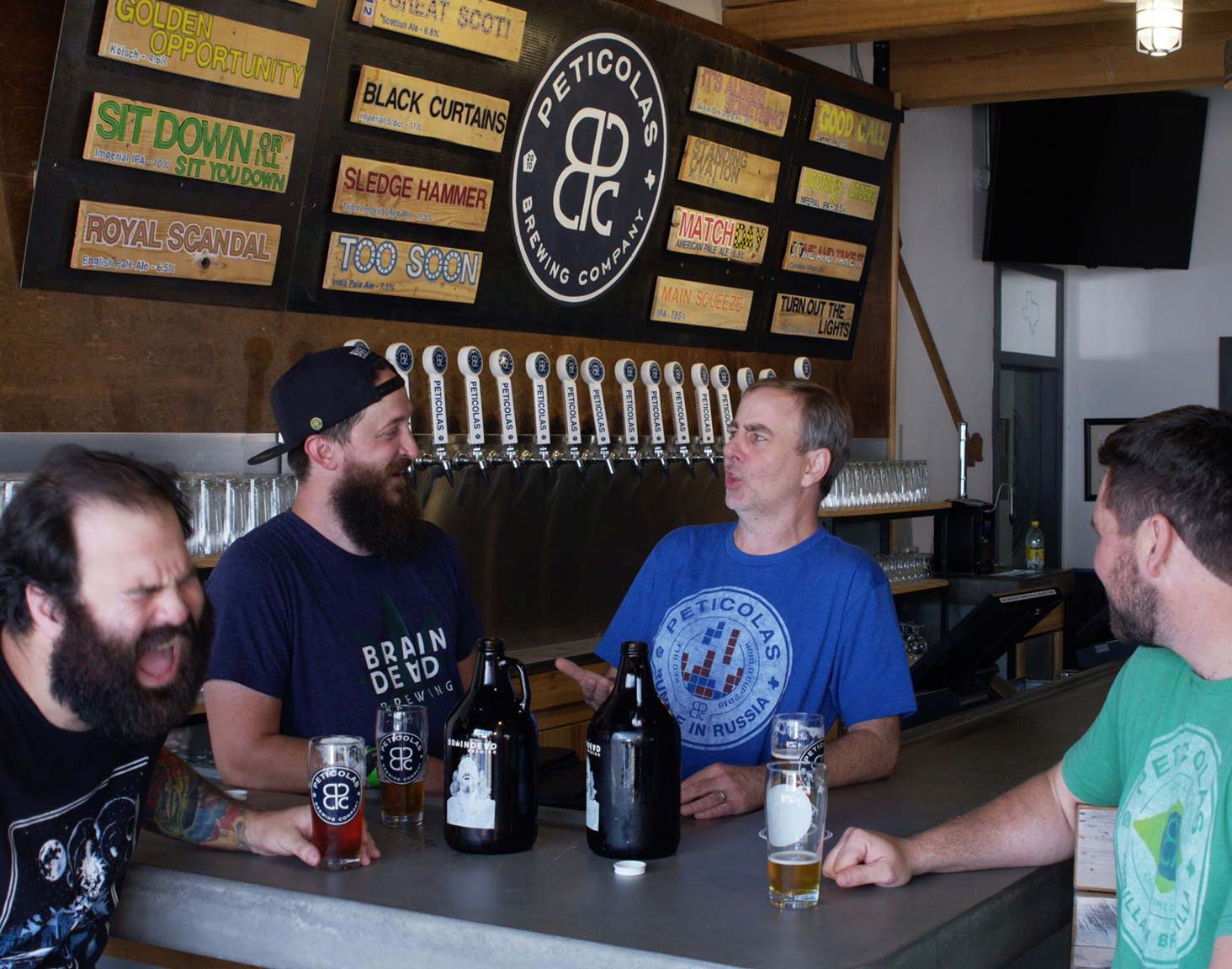 In Episode 22, Michael Peticolas Shares Some Brewing Insights With Us And Lets Us Guzzle Some Of His Amazing Brews Directly From Their Taps.

It’s been a while since we drank someone else’s beer, but we change all that this week by making our way over to the Design District to crack open a couple of growlers at Peticolas Brewing Company with the company’s namesake owner Michael Peticolas and his head brewer, Chris Martinez.

Michael is one of my favorite people in the industry, and this episode will show you why. Throughout our discussion, we touch on his brewery’s earliest days, the process expanding operations to add a taproom and the amazing experiences he’s had since committing to a life of beer — y’know, like winning gold at the Great American Beer Festival. Never ones to leave any stones unturned, we also talk about some of his scariest memories too, like the time he watched on helplessly as a blown transformer threatened to burn everything he’d built down to the ground.

Helping Michael shape his tales for us in this episode is his head brewer, Chris Martinez, who has recently started brewing some of his own recipes under the Peticolas banner, including Good Call, the lovely and light summer ale that we start off drinking here. We move onto the classic Royal Scandal towards the end as things get weird.

How weird do they get? Well, we almost got Michael to join us in drinking sledgehammer straight from the tap! Oh, well. Maybe next time.