The Year In Movies. 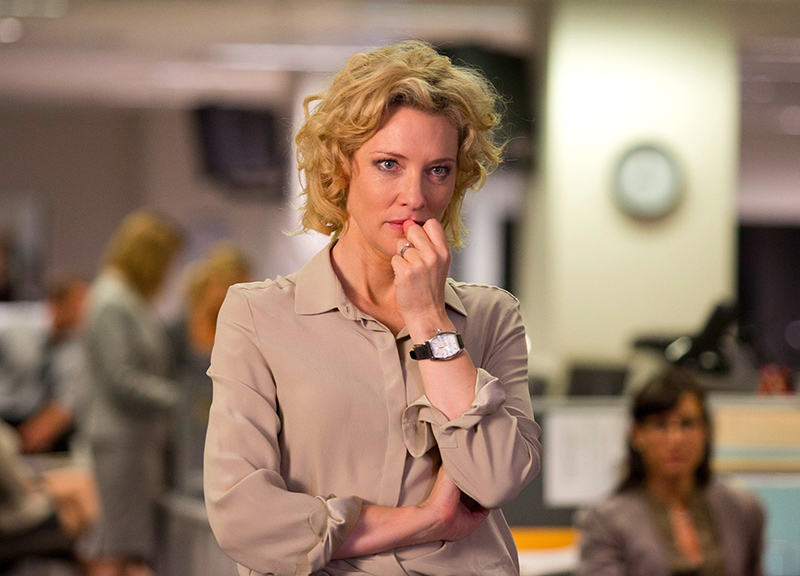 Our Movie Critics Pick Their Favorite Films And Performances of 2015.

This year, we here at Central Track reviewed more films than we previously ever have in a single year.

So, to that end, we figured we’d keep things going here at the end of the year much like we do in the realms of food and music, which is to say that we figure it necessary to look back upon the year that was and take stock of it.

And that’s what we’ll do here in this space, first highlighting some individual honors from the perspectives of our three main critics (Javier Fuentes, Angela Jones and Kip Mooney), and then by compiling each of their individual, weighted top 10 films of 2015 lists into a single master list of its own.

Given our varying tastes and the fact that there were literally hundreds of movies to try to see this year, you’ll see that there really wasn’t a whole lot of overlap among our critics’ look-backs. What that leads to, though, is a very diverse slate of films and honorees.

Good Performances in Bad Movies.
• Jessica Chastain in Crimson Peak. She chews the hell out of the scenery and shows us a different side of her acting chops, which I hope she uses in future movies. — Javier Fuentes

• Rachel McAdams in Southpaw. Unlike Creed, Southpaw knew nothing of restraint, letting Jake Gyllenhaal overact like crazy, foaming at the mouth in nearly every scene. Forest Whitaker was fine as his mentor, but it felt cliche in a way Creed transcended. Really, the beating heart of the movie was Rachel McAdams as Gyllenhaal’s faithful wife. She’s killed in the first half of the movie — sorry, but it’s not a spoiler if they show it in the trailers — and the movie goes from bad to worse once she’s gone. — KM

• Cate Blanchett in Truth. This film just couldn’t pull off the intensity it should have, and it ended up being sort of boring. However, Blanchett was fabulous as a 60 Minutes producer under scrutiny and investigation for not checking her sources about a story. If the movie had been better, people would be talking about awards for Blanchett. — Angela Jones 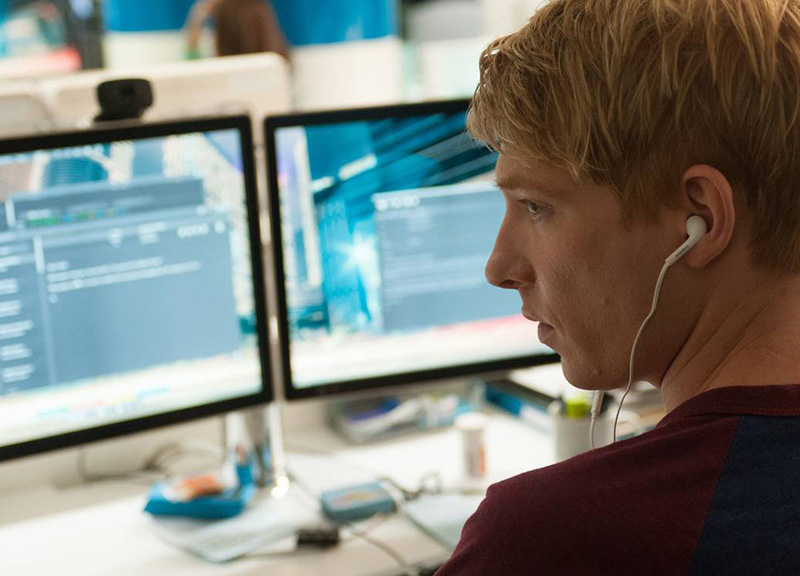 • Lily James in Cinderella. I remember liking the movie when it first came out and, honestly, a lot of it had to do with James. She was just so damn spunky. — JF

• Domhnall Gleeson in Ex Machina, Brooklyn, Star Wars: The Force Awakens and The Revenant. Sadly overshadowed by Alicia Vikander, Saoirse Ronan, Harrison Ford and Leonardo DiCaprio in each of his 2015 films, this Irish actor still hasn’t gotten his full due. But he was riveting this year no matter what the role called for. Whether he was a lonely programmer interviewing a robot, a quiet suitor pursuing an independent woman, a fascist general igniting his troops’ hatred or a tough-but-exhausted expedition leader making his way back to camp, he was never less than terrific. — KM

• Teyonah Parris in Chi-raq. Most are going to remember Spike Lee’s Chi-raq for its controversy and in-your-face message. But, for me, Teyonah Parris completely steals the movie as Lysistrata. She’s fierce, smart, and completely holds her own in this intense film. — AJ

Movies We Loved Even If Most People Didn’t. 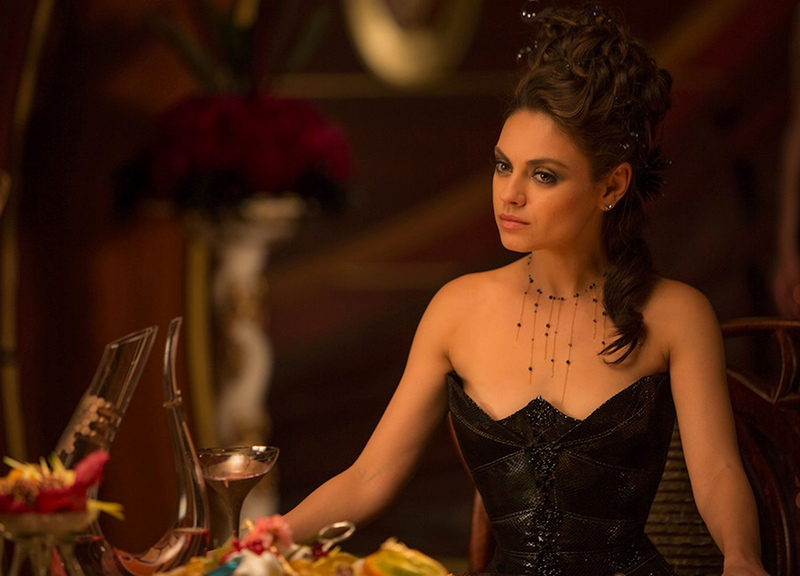 • Love. The newest joint by Gaspar Noe pissed off a lot of my colleagues. It has a lot of gratuitous sex scenes and 3-D ejaculation, so I get it. But I found it to be a compelling story about an intense attraction between two people, and a fine display of how holding on can be as painful as breaking up. JF

• Blackhat and Jupiter Ascending. Both of these movies are big-budget flops from two of America’s most impressive visual stylists, Michael Mann and the Wachowskis. The former is a stupid-yet-convoluted espionage thriller. It doesn’t make a lick of sense in its narrative, but its visual and sound design are so unlike any of the other big action movies, it feels completely set apart. The latter is a big, ridiculous, sprawling space opera featuring Mila Kunis as the heir to an intergalactic throne, plus Channing Tatum as a half-canine bounty hunter. The movie also has a wicked satirical streak, and it features a mesmerizing (if awful) performance from Eddie Redmayne, who just won Best Actor last year for The Theory of Everything. What’s better than that? — KM

• Everest. I don’t understand why people didn’t go see this film! When we get a cheesy disaster movie like San Andreas, science doesn’t matter. But Everest focuses on the real aspects of the disaster and how awful it truly was. It’s remarkable. The filmmakers stayed true to the story without taking hardly any story liberties. It’s a great and actually realistic disaster film. People should see it. — AJ

Movies Most People Loved But We Didn’t. 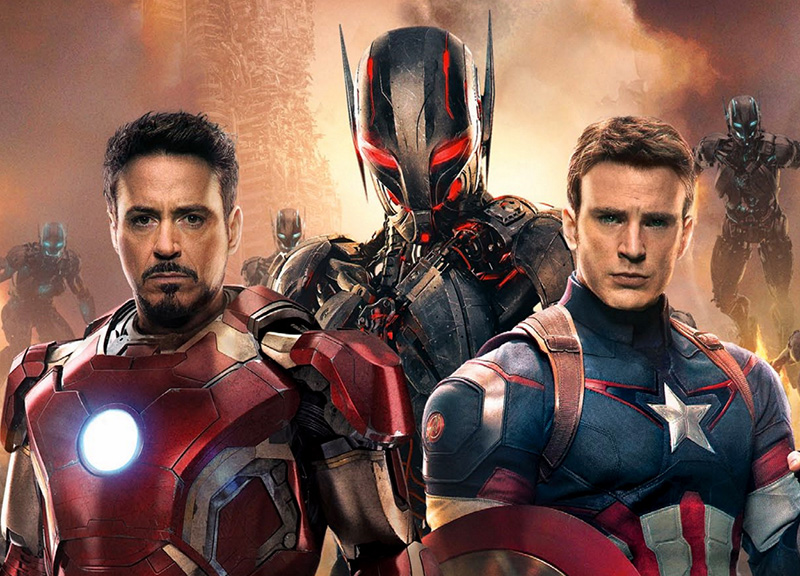 • Mission: Impossible – Rogue Nation. When will people, including myself, realize that these movies are like a fun flash in the pan that is ultimately forgettable apart from one specific aspect of it? — JF

• Magic Mike XXL. I get the appeal, and there are indeed some fantastic dance sequences, but the stakes are so low and the performances so awful that I don’t understand how both men and women got worked up into such a frenzy over this shrug of a sequel. — KM

• Avengers: Age of Ultron. I seriously forgot this came out this year until now. Also, I cannot tell you a thing about the plot, except that there was some sort of computer program robot. — AJ

Festival Movies We Loved That Won’t Be Released Until 2016. 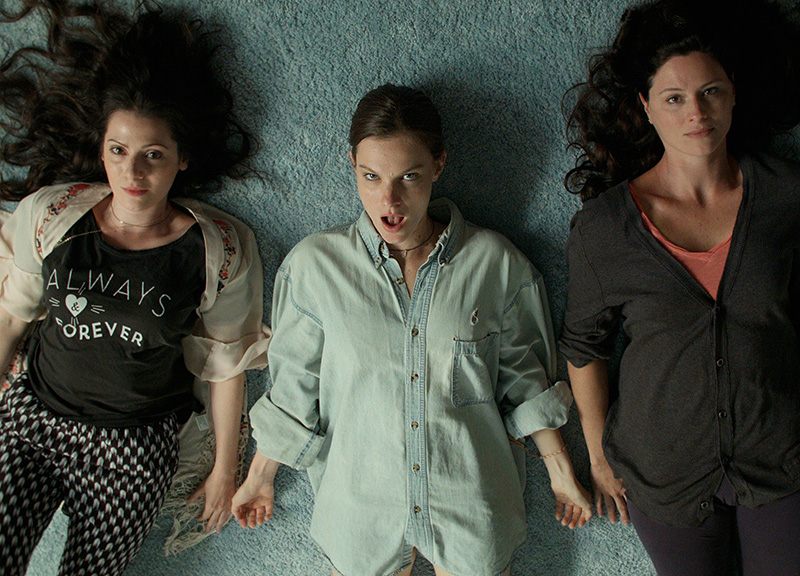 • The Witch and Green Room. The Witch is a haunting and vibe-y horror movie about a colonial Protestant family that’s being haunted by the titular witch… or are they? I promise you: Once this one comes out, this one’s Black Philip will be talked about for the rest of the year. Then there’s Green Room, a face-melting action thriller by Blue Ruin director Jeremy Saulnier. It basically boils down to punks vs. skinheads — and holy hell is it awesome. — JF

• Divine Access. Like its protagonist, Divine Access is effortlessly charming, but kind of a mess. Billy Burke (yes, Bella’s dad from the Twilight movies) gives the performance of his career as a hippie philosopher who goes on a speaking tour after a clip of him taking down a fundamentalist pastor (Gary Cole in a delightfully loony performance) goes viral. Does he believe what he’s selling — cherry-picking the best-sounding parts of Christianity, Buddhism and other religions — or does he just like the sound of his own bullshit? — KM

• The Midnight Swim. Three sisters revisit their childhood home after their mom mysteriously drowns. There’s tension, mystery, and so much atmosphere. It starts as a mystery but ends more like a family drama. I was sucked in from the beginning. — AJ

Our Combined Favorite Films of 2015. 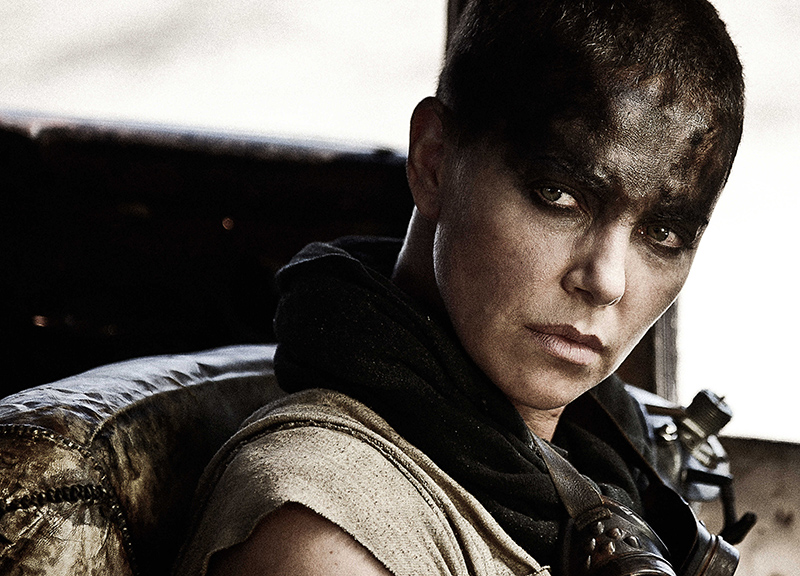 OK, before we get into it: Only one movie appeared on all our lists, thus earning it the most points in our weighted list system, which gave 10 points to each of our top picks, nine points to our second choices and so on and so on, until out tenth choices earned a single point.

And that movie would be? You guessed it: George Miller’s Mad Max: Fury Road, which was what all action films should aspire to be. It was engaging and exciting, it was filled with complex characters, and it was brilliantly directed with a clear vision. There was really something for everyone in that one, no matter how many levels deep you wanted to go. Just looking for some full-throttle escapism? That’s here. Wanting to marvel at some gorgeous scenery? That’s here too. Wishing a big-budget action movie would treat its female characters with respect, so much so that they might even serve as feminist text? Yes, even that’s here.

But what about the rest of the movies of the year? Here’s as close to a consensus as we’re getting. Happy viewing!