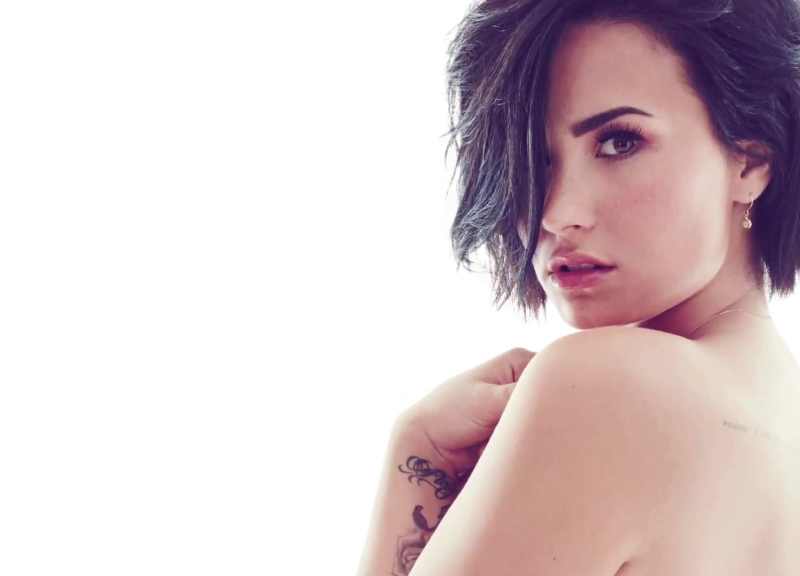 Demi Lovato Is Cool With No. 7.

If we're being honest, we've never really paid much attention to Demi Lovato.

We were way too old to notice the Colleyville native break into the industry as one of the friends on Barney & Friends. Same goes for when she made the jump to that pre-teen Disney phase when she starred alongside the brothers Jonas in Camp Rock.

Even when she started breaking into the mainstream with her 2013 synthpop LP, Demi, we found it way too bubblegum-y for our grownup sensibilities.

To be fair, she was only 20 at the time that one came out.

But just like her cohorts Justin Bieber, Selena Gomez and Miley Cyrus have also done quite effectively in 2015, Demi Lovato finally shed that teenybopper past for good this year, successfully releasing an undeniably adult record that was taken seriously and fawned over by actual grown adults.

The biggest bridge over that gap into adulthood was crossed with the bi-curious dance club track “Cool For the Summer,” the lead single from this year's Confident. Penned by Max Martin — whose other 2015 co-writes include The Weeknd's “I Can't Feel My Face,” Selena Gomez's “Hands to Myself,” half of Ellie Goulding's album and Adele's “Send My Love (To Your New Lover),” just to name a few — it's a seriously catchy, bona-fide mainstream pop success.

It was, hands down, our in-office summer jam. It was a lot of other folks' jam, too, as the song hit No. 1 on Billboard's Dance Club Songs chart faster than other song in over two years. The carefree summer fling anthem not only powered many a pool party, but it proved that the now all-growns-up Demi could drop F-bombs and sing about same-sex makeouts — “Don't be scared 'cause I'm your body type,” anyone? — in a totally mature, non-gimmicky way.

Unlike Miley's earliest attempts at adulthood, Demi's graceful entry to the grownup world didn't feel forced at all. Instead, her record full of empowering dance smashes is as infectious as it is wise beyond its years.