The Best New Bars In Dallas. 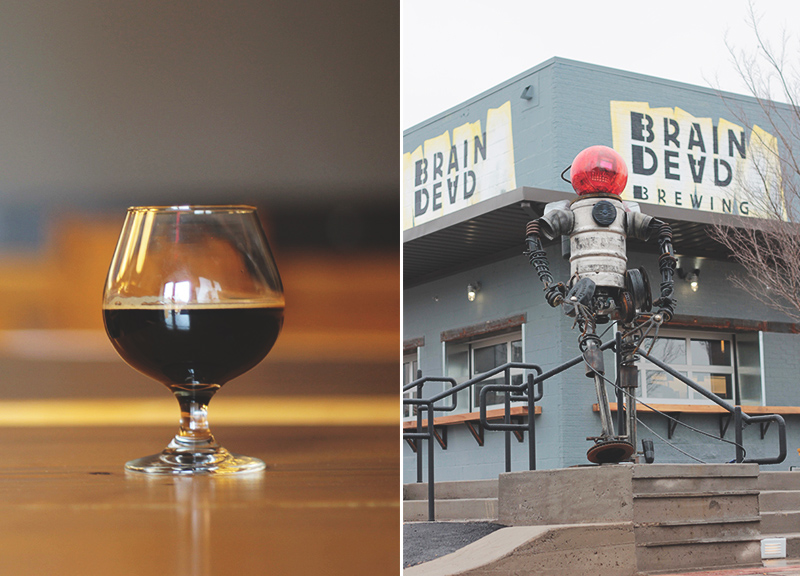 Drink In The Watering Holes That Made Names For Themselves Around Dallas in 2015.

It'd be easy to look back on 2015 in Dallas as the year when so many revered booze institutions fell by the wayside. Most notably, Amsterdam Bar, Ships Lounge and Pastime Tavern all said goodbye to their adoring regulars at some point over the course of this calendar year.

But it's perhaps healthier to relish the present than it is to dwell on the good ol' days of the past. And Dallas, in recent years, has transformed pretty nicely into a drinking town. Last year's entries into the scene, for instance, represented an especially strong bunch. And though this year was maybe not as voluminous in its new offerings, it still brought with it a fair share of spots for Dallasites to tilt their glasses skyward.

To these seven below-listed bars — our favorite newcomers in 2015 — we say cheers, with high hopes for many more drunken years to come.

Braindead Brewing.
2625 Main Street.
Deep Ellum.
What we've already said: “With its inviting wraparound patio and location near the intersection of Main and Good-Latimer, Braindead looks to be an inviting entry point into Deep Ellum. Inside the doors, its mix of wooden and antique furnishings further crafts a welcoming appeal that's abetted by separate lunch, dinner and late-night menus. And then, of course, there's [Andrew] Huerter's beer program, which provide some four to six of its own beers to the restaurants 25 or so regional-focused taps..” — Pete Freedman
What else to know: In many ways, Braindead feels like it's been in Deep Ellum for a whole lot longer than a year. For that, you can credit the laid-back atmosphere, which seems to loom large over everything done here in this space, from its beer to its food. There's no liquor to be had here, but no matter: This isn't a hard-drinking place so much as it's a take-a-load-off one. Also, that patio's real great.
In a word, why you wanna drink here: Hops.

High Fives.
1804 McMillan Avenue.
Knox-Henderson.
What we've already said: “A joint venture from [Brandon] Hays' own So & So's team and the team behind The Standard Pour, the bar boasts a 12-drink cocktail menu in addition to a sandwich- and shareable board-focused food menu, with the majority of all options costing around $10 or less. During the week, High Fives will be open from 4 p.m. to 2 a.m., with opening hours moved up to 11 a.m. on the weekends and a mostly egg sandwich-focused menu added on those days for the brunch-inclined sets.” — Pete Freedman
What else to know: To booze it up at High Fives is, in many ways, to hide in plain sight. Located across the street from such high-traffic party spots as Beauty Bar and Barcadia, High Fives offers a much more casual feel to its competition along this strip and it's a welcome change of pace at that, for sure. But perhaps what's coolest about High Fives is that it doesn't pretend to be anything it isn't. Maybe that's because it doesn't have the space to do so; there's no denying that this is a tiny spot, especially inside the garage door that separates the patio from the bar area. But it also doesn't need to be: High Fives is just a great hideaway as is, especially when the weather's cooperating.
In a word, why you wanna drink here: Intimacy.

Eight Bells Alehouse.
831 Exposition Avenue.
Expo Park.
What we've already said: “We have high hopes for Eight Bells — mostly because it bears so much in common with its Oak Cliff sister spot. Much in the way that Ten Bells [Tavern] exists on the fringe of Bishop Arts, Eight Bells' Expo Park home puts it just on the outside of Deep Ellum. And, much like Ten Bells, it's the outside space that's the real draw here: Like Amsterdam before it, Eight Bells features a spacious back patio with plenty of seating. (There's also a good amount of ivy covering the back facade of the building, which adds a certain something to the vibe.)” — Scott Mitchell
What else to know: Yeah, that patio's pretty boss — and even more so than it was back in the cherished days of yore at the Amsterdam Bar. The big difference? Whereas the Amsterdam's patio was a wholly enclosed space, these new owners have opened up the fence to create a second entry by the back parking lot. It gives the whole space a much more welcoming vibe. Also, the fact that it no longer reeks of cat urine is a major plus. Oh, and if you're feeling adventurous, the food menu's well worth trying: The majority of the dishes offered here are centered around imported canned goods.
In a word, why you wanna drink here: Welcoming.

Industry Alley.
1713 South Lamar Street.
The Cedars.
What we've already said: “This is a drinker's bar, through and through — and it doesn't matter whether you're drinking a Bug Light or a boulevardier. There's no kitschy cocktail menu, though. And, as of now, there isn't any food. So, wait, what is there? Bar Rat Heaven. Besides a roster that features some of the more impressive veteran bartenders from Dallas, there's an amazing patio with great wall art. There's a comfy barroom with a nook in the back that holds some comfy couches. There's a game room with two pool tables, as well as a handful of pinball machines and arcade games. It's a perfectly balanced concept for anyone who regularly finds themselves in a bar. Grabbing a drink with co-workers for happy hour? Go ahead and enjoy the patio. A couple tallboys in and feeling competitive? Challenge your friend to a high-stakes game of pool. Wanna sit in a dark area and enjoy a stiff drink? Get all cozied up by the bar. It's worth the Uber is what I'm saying.” — Scott Mitchell
What else to know: Industry Alley is helmed by Charlie Papaceno, the revered former co-owner of the Windmill Lounge who many in town consider the forefather of Dallas bartending. So you know things are carefully considered here, despite the low-key environment surrounding everything.
In a word, why you wanna drink here: Know-how.

Brick & Bones.
2713 Elm Street.
Deep Ellum.
What we've already said: “In addition to fried chicken served in a variety of ways, Bricks & Bones also offers traditional Mexican staples such as elotes and borracho beans, some southern-inspired sides including jalapeño biscuits and gravy, and a smartly curated cocktail menu. (We recommend the Slowpoke Rodriguez, which combines hibiscus-infused tequila, blood orange, jalapeño, and amaretto into a satisfying blend of citrus that's balanced by a strong kick of heat and rounded out by the slight almond sweetness from the amaretto.) Another unique part of the new restaurant: It's only open during the waning hours of the day, operating from 6 p.m. to 2 a.m. nightly, and dark on Mondays. It's almost like Bricks & Bones understands its audience or something.” — Brandon Mikeal
What else to know: Wanna see some Deep Ellumites salivate to an almost embarrassing extent? Bring up Brick & Bones' fried chicken in their proximity. Tough to blame 'em; that stuff's great, especially the affordable chicken fingers. But to think of this place as just a chicken spot is to do it a massive disservice. This bar staff of Cedars Social alums is just as happy crafting up something on the spot for its clientele as it is pouring them a quick from-the-bottle shot of straight liquor. This friendly crew's also quick with a story and a high five, so be prepared to feel like you've been a regular here for a while, even if it's your first time.
In a word, why you wanna drink here: Deception.

Armoury D.E..
2714 Elm Street.
Deep Ellum.
What we've already said: “One thing is for certain: If you've ever been to a bar in Deep Ellum, you won't feel the least bit out of place at Armoury. It's pretty par-for-the-course at this point for bars in Deep Ellum to have exposed brick walls, very little natural light and dark fixtures, but the neat addition of a mural hanging above the bar brings a bit of life to the place.” — Scott Mitchell
What else to know: Armoury burst onto the scene already boasting a nice lived-in quality, but its ownership isn't content to leave well enough alone on that front: Currently in the works here is a brand new patio out back that, one imagines, will only up the cozy ante, which pairs quite well with the spot's Hungarian-inspired food menu and a burger that stands up against any other such offering in a neighborhood already filled with 'em. Also, good on this place for existing on the darker end of the lighting spectrum. Who doesn't like a dark bar?
In a word, why you wanna drink here: Europe.

Small Brewpub.
333 West Jefferson Boulevard.
Oak Cliff.
What we've already said: “Think of this place as a full-circle restaurant that brews its own beer, including a black peppercorn pilsner that's to be a permanent fixture. The menu, meanwhile, aims for a southern-style, regional appeal, thanks to Misty Norris (FT33).” — Porttia Portis
What else to know: What do you want in a bar? House-brewed beer? Acclaimed dining fare? Cocktails that are better than any brewpub has a right to offer? Live music? Shakespeare performances? Political chatter? This place has all of that and more. Listen: A lot of places suffer from Trying To Be Everything To Everyone Syndrome, but Small Brewpub applies enough sincerity to its processes to make it work.
In a word, why you wanna drink here: Variety. 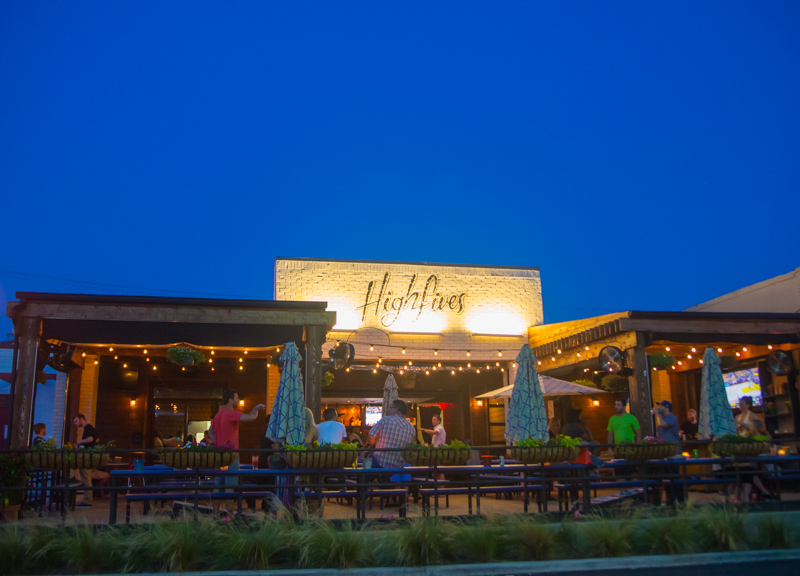 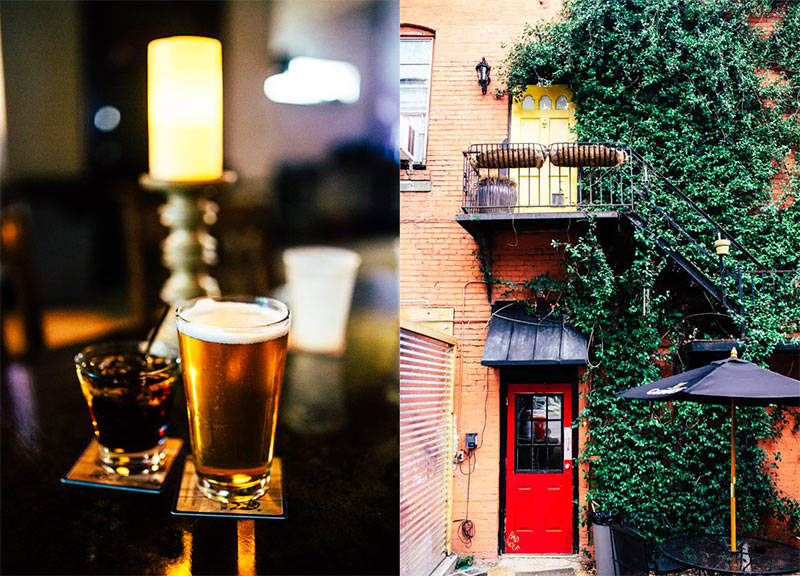 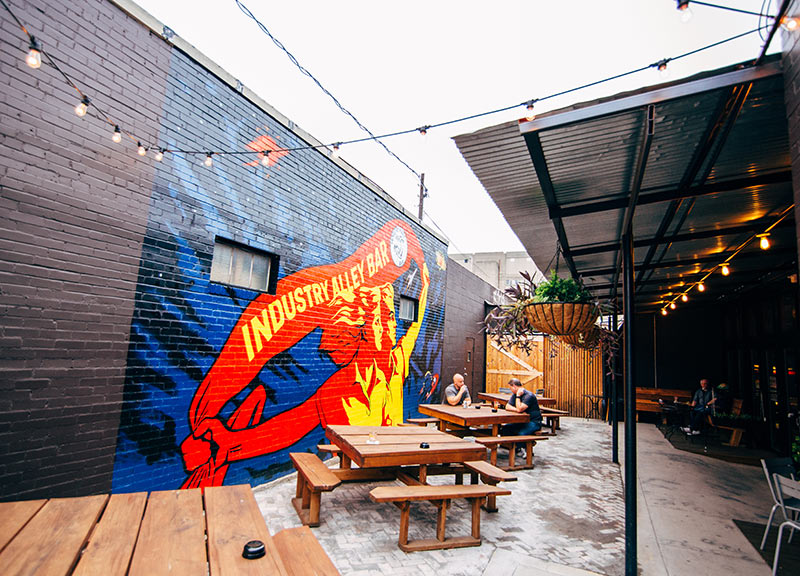 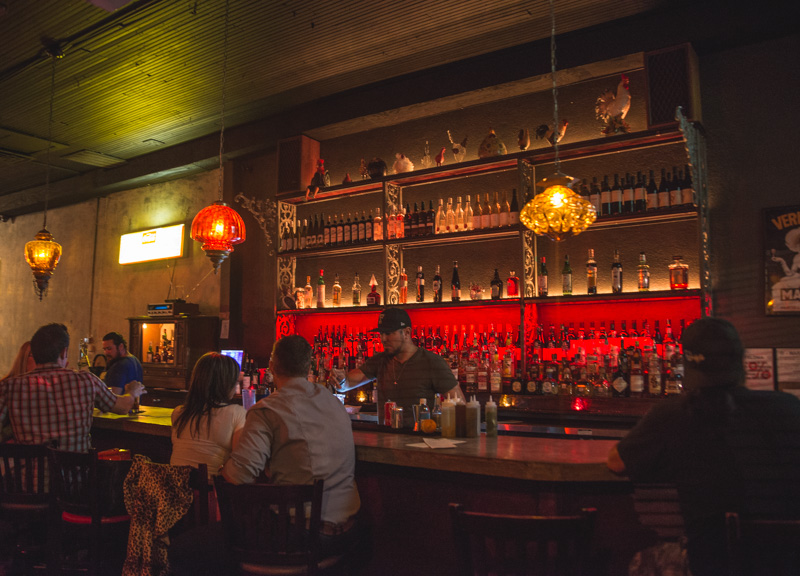 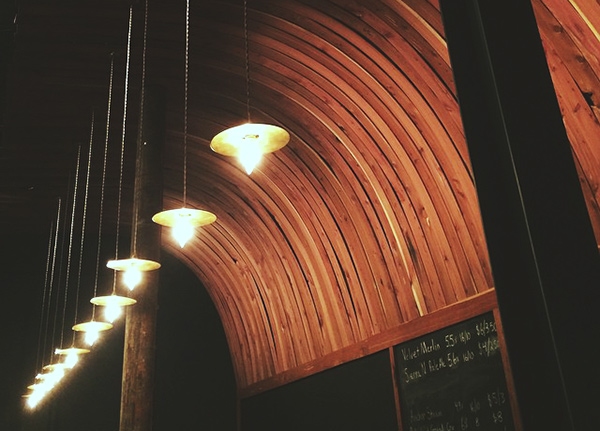 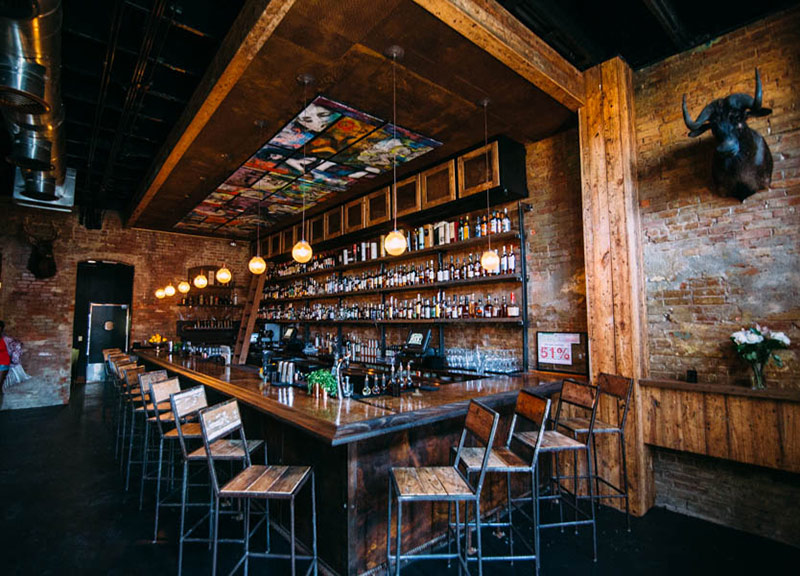 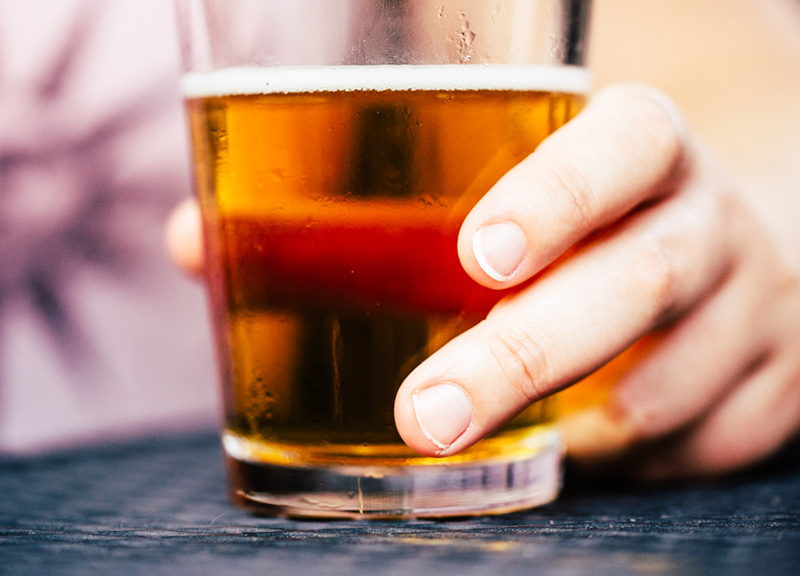