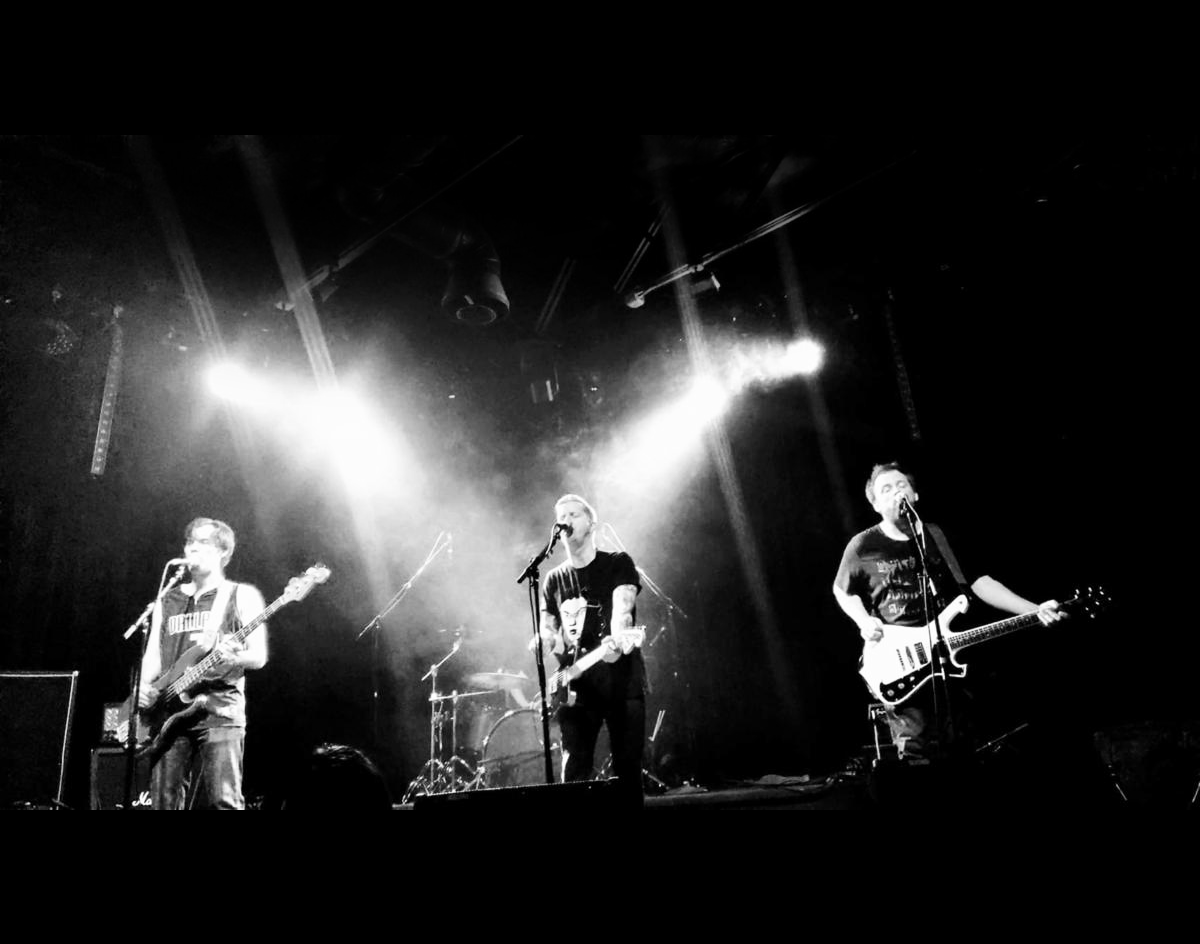 Big Useless Brain – “Absolute Revulsion”
RIYL:‌ Jimmy Eat World, Alkaline Trio
What‌ ‌Else‌ ‌You‌ ‌Should‌ ‌Know:‌ Big Useless Brain got their name from paraphrasing a recurring message in one of Kurt Vonnegut Jr.’s lesser-known novels, Galapagos. In the novel, Vonnegut ascertains that the dissent of man has been more or less indecent and ends with the backward evolution of our human descendants into fuzzy little seals.

“Absolute Revulsion” takes off on a whimsical note with the fun and creative opening line, “Life feels like I dropped a pick in the hole of my guitar.” It’s a problem every guitarist has struggled with, and even if only unconsciously, hoped to vocalize in a song. It’s great to see Big Useless Brain’s singer/guitarist Andrew Kelly find the opportunity to do so.

He continues with, “I wanted you to be here, I’m sad that you aren’t.” That brings us back to the traditional pop-punk sphere of things, but the song is still gussied up with its own genuineness and clever aphorisms. Micah Henderson on bass delineates a walking pattern up and down the chorus in true pop-punk fashion, while Ron Shafter on lead finds a way to reel in some rocking technical guitar playing for the solo — for a display of musical talent the three-chord genre isn’t exactly known for. All this, while Andy Shreifels pounds away at the drums like Quiet Riot.

“All I needed was your absolute revulsion,” they all chime in, “to remind me you are done.” Back-up vocals? Check. It was the only thing left to make “Absolute Revulsion” a super tight pop-punk track with a little darker tone. The song definitely hits all the bases, like the guys in Big Useless Brain have done this before.

Oh wait, they’re veterans. Andrew Kelley’s old band Cityview even went on to grace Warped Tour’s stage back when that was still a thing.

The new BUB video was directed by Jesse Öqvist of Öqvist Drums.  Joel Herrera and Shaun Michael Colón of A Fat Wreck: The Punk-u-mentary fame take the D.P. and editor credits, respectively.