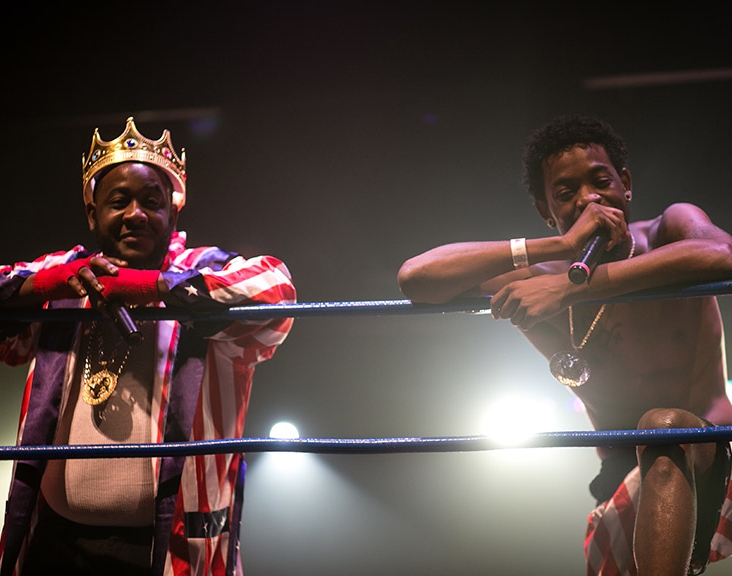 One of the first times we heard A.Dd+, they were getting ready to release their debut LP, When Pigs Fly, coming hot out of the gate with their undeniable single, “Likeamug.”

From the get-go, the duo of Paris Pershun and Slim Gravy were proud to rep the Triple D — even after they began getting attention from elsewhere. And they continued to put on for their city until packing it up and packing it in earlier this year, ultimately going down, in our minds at least, as “the greatest rap act Dallas has ever seen.”

Fortunately, before their acrimonious split, the boys had already finished work on a new LP, Nawf America.

It was a bittersweet thing, because it’s, in all likelihood, the last thing we’ll ever hear from A.Dd+. But, damn, it just might be among the best things the group ever did — in particular the still-Dallas-reppin’ “Dallas Flexas.” Straight North Dallas country grammar, indeed.

It’s a shame that it perhaps got a bit overlooked, what with it being released posthumously and all. Or maybe it just didn’t enough shine before a clearance snafu saw it pulled offline for a minute.

Anyway, to quote our own Pete Freedman one more time: “Regardless, the track still bumps, and its video serves as a fitting lasting image for one of the more vital eras in Dallas rap history. Let it be known to all future area hip-hop acts: This is the bar you have to clear. A.Dd+ is dead, but long live A.Dd+.”