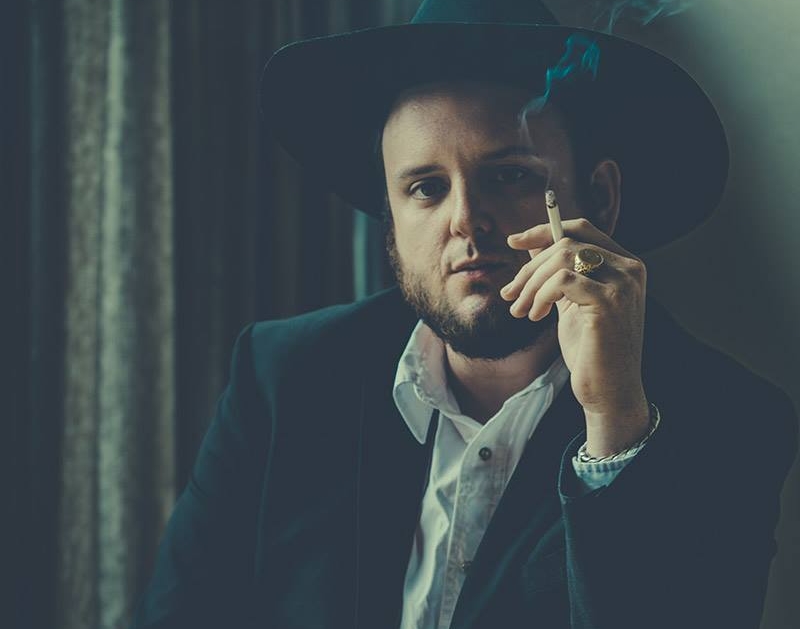 At this point, we’re five days into our annual look-back/kudos sesh about the best North Texas-tied songs released in 2016, which means we’re now getting down to the best of the best. As such, each of these songs deserves at least a touch more attention than we’ve been giving to the ones revealed in previous days.

We’ll do that on two fronts.

First, we’ll give you half as many songs as we have been, making it easier to check them all out without taking up too much of your precious time at once. Second, this batch will also include blurbs from our past coverage of each of these tunes from throughout the year — y’know, to give you a little more insight/appreciation for them, while also saving you a click.

Don’t hesitate to check these out, regardless of whether these are artists with whom you are or aren’t familiar. We’re fairly confident that there are enough redeeming qualities to each that they’ll strike a chord even with folks not always inclined to that particular genre. Also, these songs are just really, really good.

Plus, because it’s a Friday, you’ve got three days to dive into this batch.

Then, starting next week, we’ll truly get down to brass tacks, unveiling just one song a day, so that we can really wax poetic about our Top 10 artists and give them the shine they so deserve. — Cory Graves

20. RVNES — “Code 10” (feat Lil Ronny Motha F, Fat Pimp)
“Atlanta producer/rapper RVNES always seems to get more love for the featured rappers on his tracks than his own verses. Case in point. It’s Little Ronny Motha F and Fat Pimp doing all the scene-stealing this time around. Also, lol that the new slang attempting to be coined here is a reference to walking into a club and being overwhelmed by the amount of quote-unquote talent there.” — CG

19. Conor Wallace — “Asshole in Your House”
“A veteran of bands like Ella Minnow and Forever & Everest, Wallace’s new solo record [is a collection of] tracks [that] bounce from cutesy indie-rock to alt-country, sometimes residing in an area that’s somehow both at the same time. It’s instantly catchy, the type of thing you’ll be singing along with before your first listen is over, and the type of thing you’ll definitely want to repeat a couple times.” — CG

18. Ashley Myrick — “Stay for a While”
“As opposed to the cute piano-pop she used to put out under the name lalagray, Ashley Myrick’s new solo material is dark pop music at its finest. It’s real good. There’s apparently a whole batch of this stuff on the way too, which is more good news.” — CG

17. Coach Tev — “Lefty”
“Rising talent Coach Tev is back with a third straight bit of fire, this time a low-key banger that’s racked up over 17K plays on SoundCloud in the four days since it was posted — more than one of which, we admits, came from us right here at CTHQ.” — CG

16. Felix — “peanut butter an yo…”
“We still don’t really know who Felix is, but it stopped bothering us a long time ago. The artist’s second album sounds like the copy of a copy of a copy of a Prince and Fat Boys collaboration cassette tape. The story this time goes that this severely degraded relic is the sole remaining copy of this album, and that it was only recently unearthed when His Royal Badness’ vault was cracked by his surviving relatives. That’s probably not actually the case but, hey, it might be! Like I said, we know nothing.” — CG

15. Paul Cauthen — “Still Drivin”
“The old Sons of Fathers frontman made his solo breakout in a big way when this LP came out via Lightning Rod Records last week. Produced by Beau Bedford and recorded at Modern Electric (meaning there’s also Texas Gentlemen all over it), it’s got the charm and twang of old ’70s country records with the appeal of modern-day folk, all tied together by Cauthen’s big, bassy vocals.” — CG

14. Jack Ingram — “Blaine’s Ferris Wheel”
“After giving the Nashville circuit a go to so-so avail, SMU vet Jack Ingram has returned to the indie roots that he developed back in the day when he was performing weekly at Adair’s once upon a time with this new LP. It’s a change of pace and a clear attempt to distance himself from his recent past, as best evidenced by the story that concludes the second half of ‘I Feel Like Drinking Tonight.’ ” — Pete Freedman [Editor’s note: You really should listen to ‘I Feel Like Drinking Tonight’ before listening to this song, as that story in its second half immediately precedes ‘Blaine’s Ferris Wheel’ and adds an emotional context to the tune that makes it punch you in the gut.]

13. Parquet Courts — “Berlin Got Blurry”
“No matter how much material these verbose Denton expats seem to release — what’s it been now, five LPs and two EPs in less than five years? — they never seem to suffer a misstep. Every album is slightly different, yet so distinctly Parquet Courts. The band’s brand new LP… is no different. It’s just one more bit of evidence proving that the Last Great New York band is probably the best rock ‘n’ roll band anywhere right now.” — CG

12. Leon Bridges and Lecrae — “On My Own”
“The Birth of a Nation remake earned a wide release today, about a week after the ‘inspired by’ album hit the net. That album features tracks by Nas, 2 Chainz, Vic Mensa and the local power duo of Leon Bridges and Lecrae. Grammy-nominated soulman Bridges further flexes his hip-hop muscle here, singing the hook for Grammy-winning rapper Lecrae. Inspired the film’s slave rebellion plot, it’s as political as Bridges has ever been.” — CG

11. Astronautalis — “Attila Ambrus”
“Say what you will about how local Astronautalis is. Does a stint at SMU make you a lifetime Dallasite? We’re not ones to pick nits, and we don’t really care where the emcee is or isn’t from. But [the single ‘Attila Ambrus’ from his Cut the Body Loose LP], is Dallas as hell. Produced by Picnictyme, and featuring drum programming from John Congleton plus synths and bass courtesy of Adam Pickrell (and, OK, Virginia-based horn player Reggie Pace too), this is a bit of a different sound than we’ve heard from Mr. Bothwell — and we fucking love it. It’s fast-paced and funky and oh so choice.” — CG