Does Dak Have Horrible Taste In Music? 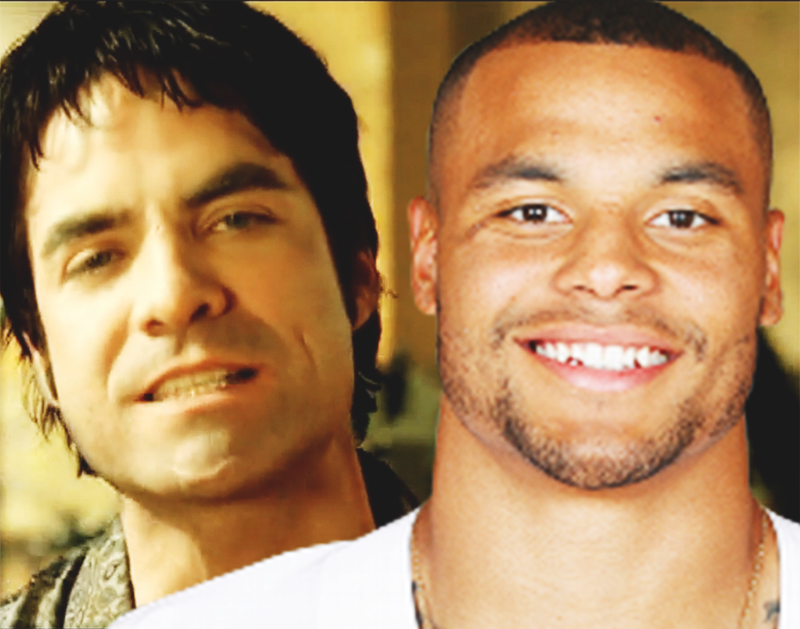 First of all, congratulations are in order for the five Dallas Cowboys — Dak Prescott, Ezekiel Elliott, Tyron Smith, Zack Martin and Travis Frederick — who were selected last night as participants in the 2017 NFL Pro Bowl. Those honors are all very much deserved, with the three linemen selected almost literally paving the way for Prescott and Elliott’s successes this season.

Speaking of successes: Lest their was any doubt that Prescott and Elliott’s efforts were indeed groundbreaking for the Cowboys, the young and likable backfield twosome now represent the first pair of rookies to make the Pro Bowl together in team history. How ’bout that?

Pretty cool stuff, indeed. But coolness has just become par for course for these rooks in their debut season, be it through incredible on-field performances or highly endearing touchdown celebrations. Gotta ask: Is there anything these two can’t do?

Well, in the case of Prescott… maybe! Seems the guy can’t pick a decent warm-up song for his life. In an interview with Complex yesterday — one tied to his new commercial for Champs Sports and Adidas, in which “Panda” rapper Desiigner also has a cameo — Prescott was asked what kind of music he’s been rocking this year. Some of his choices — Drake, Adele and Rae Sremmurd’s “Black Beatles” — are solid, we concede. But other songs he admits to jamming? Not so much. Check out this exchange between Complex and Prescott toward the end of the Q&A:

So is Adele on your pre-game playlist? What else do you listen to to get pumped up before a game?
Yeah 100 percent she’s on my pre-game music playlist. I’ve also got “Drops of Jupiter” by Train, I’ve got “Kill Bill,” “Black Beatles,” I’ve got songs by the Fray. I’ve got all kinds of things. I’ve even got Lukas Graham’s “7 Years” on here. So it’s everything.

Hold up. Dude listens to freakin’ Train and The Fray before games? Train? And “Drops of Jupiter,” specifically? What’s going on here? Did we miss him while we were looking for ourselves out there? Is this Jason Witten’s doing?

See Also: Smash Hits. // Quiz: Can You Match The Texas Rangers Player With His Walk-Up Music?

Listen, Prescott genuinely seems like a good dude, and we’re stoked about the ways in which he’s producing on the field for the Cowboys this year — and, hopefully, for years to come.

But someone needs to point this guy in the direction of some decent music.

Hey, here‘d be a good place for him to start!