The Spread: The Owner Of A North Dallas Pizzeria Is Put On Blast For Allegedly Using Racial Slurs. 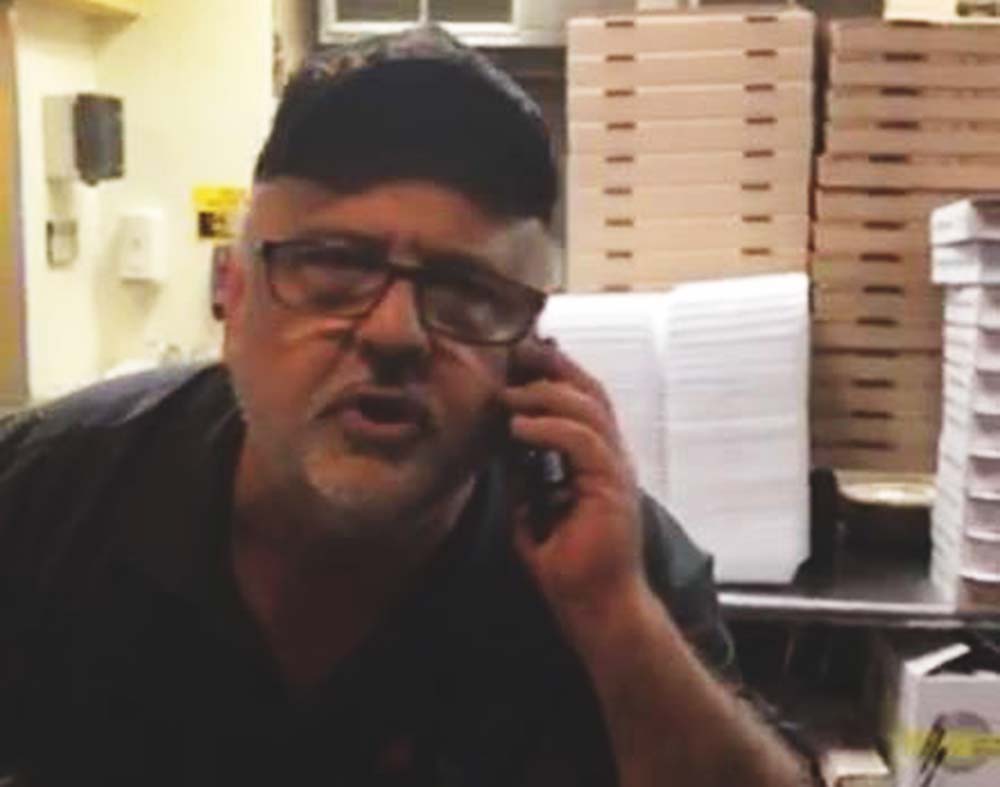 A Far North Dallas Pizzeria Is Accused Of Racism, Zoli’s Adds Burgers To Its Menu and Coffee Battles Beer At A New Civil War-Themed Spot. Plus Much More!

The owner of Carmine’s Pizzeria in North Dallas has been accused of using racial slurs when dealing with customers and third party vendors at his restaurant, after a viral video surfaced on Facebook showing part of an incident that occurred in August.

In the post shared with the clip to Facebook on August 25, two black women allege that Carlos Pinto, who owns the Campbell Road restaurant, referred to them as “darkies” and refused them service during a visit to his North Dallas restaurant.

Such behavior isn’t necessarily new for Carmine’s Pizzeria, as at least one Uber Eats driver told Eater that she experienced similar derision from Pinto’s wife during what should have been a routine pick-up. Other Yelp and Google reviews show similar claims.

Since posting about her experience at Carmine’s Pizzeria, Tamika Sanders has since filed a claim against the restaurant with the police. She is also currently working with local civil rights organizations on how to best handle the matter moving forward.

Worth noting: Following the incident, a handful of other restaurants with similar names but no affiliation to Carmine’s Pizzeria — such as Carmine’s Pizza, located on Spring Valley Road — have also come under fire and received a slew of negative reviews and phone calls from people confusing their shops with Pinto’s. All are doing whatever they can to distance themselves from the situation.

Speaking of distancing from pizza: Just about a year after its grand return, Addision’s Zoli’s NY Pizza has added some serious burgers to its new menu. The O.D. burger sounds particularly delightful: It’s made with a black angus patties, American cheese, farmhouse cheddar, horseradish pickles and finished off with Zoli’s sauce on a sesame potato bun. The burger checks in at $15 and comes with the diner’s choice of waffle fries or a “lil’ house salad”.

Staying on the topic of new things: The Austin-based Teapioca Lounge is bringing Taiwanese shaved ice and boba tea to North Texas, as the growing chain plans to open its first area location at 6225 North Josey Lane in Lewisville. The concept specializes in “snowyn” — its trademarked take on the shaved ice and milk combination popular in Taiwanese culture — served in a variety of flavors from original to matcha. Per CultureMap, the concept is also famous for its frozen green tea, in addition to its vast selection of boba tea and slushie offerings. An opening is slated for early fall.

Also on the way? A new dessert spot is set to take over WhichWich‘s old Deep Ellum space at 3101 Commercee Street. Per CultureMap, the new Let’s Roll Ice Cream spot will join the ice cream roll-obsessed neighborhood with a concept similar to the city’s first Thai-style ice cream roll spot Chill’s 360, although Let’s Roll will also feature more traditional ice cream sundaes on its menu. Look for an opening later this month.

In closing news: Oak Cliff’s exceedingly hip and Instagrammable coffee spot (to the point of hilarious excess) Internet Cafe Two quietly shuttered its doors, according to a report from the Dallas Observer. The tiny shop from half of the team behind Emporium Pies, known for its retro theme and housemade take on Pop Tarts called “sugar-rectangles” will be, like, missed or whatever,

Meanwhile, Max’s Wine Dive also closed its last North Texas venture this past weekend. The chain’s West 7th Street outpost in Fort Worth was the final North Texas location of the Houston-based fried chicken and champagne concept after the West Village location closed in August 2017. The Star-Telegram has a number of theories about the demise.

Finally, let;s move on to craft beer news to close out the week.

Located at 8061 Walnut Hill Lane off of I-75, newcomer Civil Pour combines craft beer and coffee with a historic kitsch. The concept is a play on a Civil War theme, with coffee and beer “battling” over which is the better drink. The space features 30 taps of local and national beers, with taps reserved for the shop’s cold brew and other non-alcoholic options. The shop is open Monday through Thursday from 6 a.m. to 10 p.m., on Fridays from 6 a.m. to midnight, on Saturdays from 7 a.m. to midnight, and from 7 a.m. to 10 p.m. Sunday.

Down in The Cedars, meanwhile, Four Corners Brewing Co. is debuting its La Chingona brew with a launch party on Friday, September 7. The celebration features food options from Sandwich Hag, CocoAndre Chocolatier and Tha Smokin Chef BBQ Grab & Go, with $1 from each beer benefiting a local women’s charity. The event takes place from 6 to 8 p.m.

And, finally, we’d like to cheers the team at Oak Cliff Brewing Co. on their brewery and tap room’s grand opening this past weekend.

Congratulations to @oakcliffbrewing on a successful brewery and taproom grand opening today! The beers are tasty and the crowds are thick!