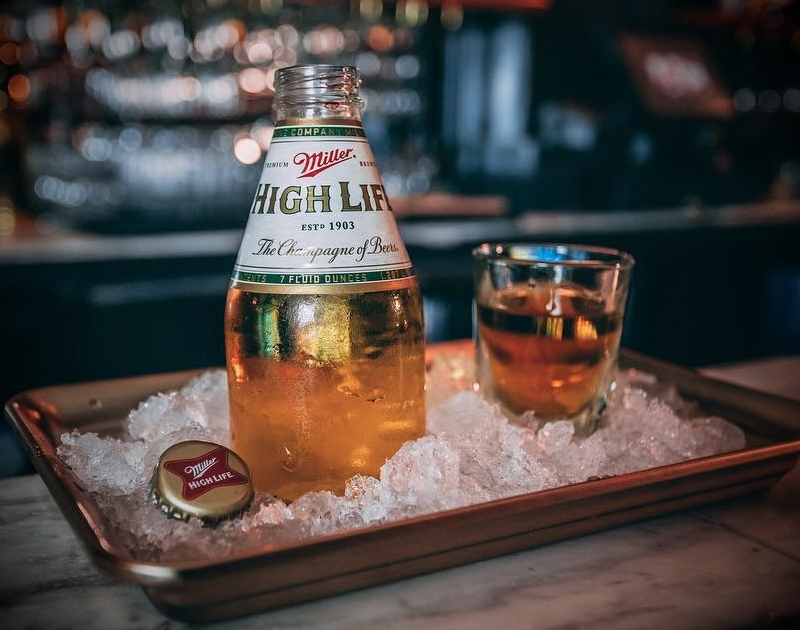 This week, big changes are taking place on Greenville Avenue across multiple concepts.

First up, Lower Greenville stalwart The Grape has cut its brunch service. CultureMap reports that a lack of business during those hours is the cause for the decision, though the restaurant itself is doing fine. While the last brunch is scheduled for Sunday, February 24, fans of The Grape’s beloved burger will still be able to order it Sunday and Monday nights on a first-come, first-served basis.

Down the way, Tacos Mariachi is doing just the opposite, cashing in on the current brunch obsession by adding it to their weekend lineup. The Observer reports that menu hits include a poblano chili con queso, breakfast tacos, migas and a mezcal Bloody Mary that’s served only on Sundays. Not to mention, price points fall under $10, making it one of the cheaper options around.

Directly across the street, a new tenant has taken over the former Blind Butcher space. Alamo Club is an upscale neighborhood bar-restaurant with a classic American focus. In addition to a menu of elevated comfort foods (for those that find wedge salads comforting anyway), the concept features a bar and wine program, complete with “old and new world wines” alongside takes on classic cocktails, such as a barrel-aged Old Fashioned, per CultureMap. The official opening takes place on Wednesday, February 20, joined by weekend brunch in the following weeks.

Meanwhile, Shake Shack continues its Metroplex invasion with a seventh location at 5500 Greenville Avenue, according to Eater reports. The latest outpost will feature the standard Shack fare, though there’s no word yet on if “Shack Bites” (read: chicken nuggets) will be offered. Look out for an opening sometime later this year.

In other sandwich-related news, Bánh Mi Station brings the popular Vietnamese sandwiches to Sylvan Thirty. Here, Eater reports, you can order proteins like duck confit and two different styles of brisket, as well as vegan options, curry macaroni and cheese, and soft serve. Hours run Sunday and Monday from 10:45 a.m. to 8 p.m., and Tuesday through Saturday from 10:45 a.m. to 9 p.m.

Back down in Deep Ellum, an eclectic neighborhood bar called Off the Cuff is coming to 2901 Elm Street next month, according to Crave DFW. In addition to the previously-hyped upside-down-burger, the concept will also be home to other eye-opening offerings like a 64-ounce Texas-sized Moscow Mule. Weekday hours will run from 5 p.m. to 2 a.m., and from 11 a.m. to 2 a.m. on weekends.

Also coming to Elm Street, albeit in Downtown Dallas: The appropriately named Elm Cask & Kitchen is joining the ever-growing neighborhood bar scene and taking up residence at 1525 Elm. Per a release, this particular concept will feature a bourbon bar program alongside Southern-inspired dishes, such as beer can chicken and shrimp and grits. Look out for an opening for this one next month.

Out in The Cedars, Sam Wynne’s (BrainDead Brewing, Bowls & Tacos) latest concept, Mike’s Gemini Twin, is now open. The neighborhood bar (yes, another one) is on the approachable end of drinking spaces, with Eater reporting an uncomplicated menu of cocktails, wine and Braindead Brewing beers on tap, plus a pool table that completes the full dive bar aesthetic. Hours run daily from 4 p.m. to 2 a.m.

Out Richardson way, a new outpost of Oni Ramen and a clean-eating concept called Coolgreens are slated to hit the CityLine development. According to a press release, Coolgreens will feature dishes accommodating of all diets — from Paleo to Keto and Whole 30 — with offerings such as sandwiches, salads, flatbreads, quinoa bowls and wraps. While Oni’s third Metroplex location will serve its signature ramen options, with the addition of new specialties like the Tokyo Black and the Texas Mazemen. The CityLine location will also feature full bar service, with hours until 1 a.m. on Friday and Saturday. Both concepts are scheduled to open this summer.

Finally, and finishing off on our regular craft beer note, a landmark bipartisan agreement has been reached on beer-to-go sales. The agreement between the Texas Craft Brewers Guild and the Beer Alliance of Texas will substitute two bills in legislation, and if passed, Beer In Big D reports that they will allow patrons to purchase up to 576 ounces (read: two cases) of beer per calendar day directly from brewers. More than 30 North Texas brewers will be affected by that agreement, greatly increasing production and tourism prospects for the area.

We’ll cheers to that!