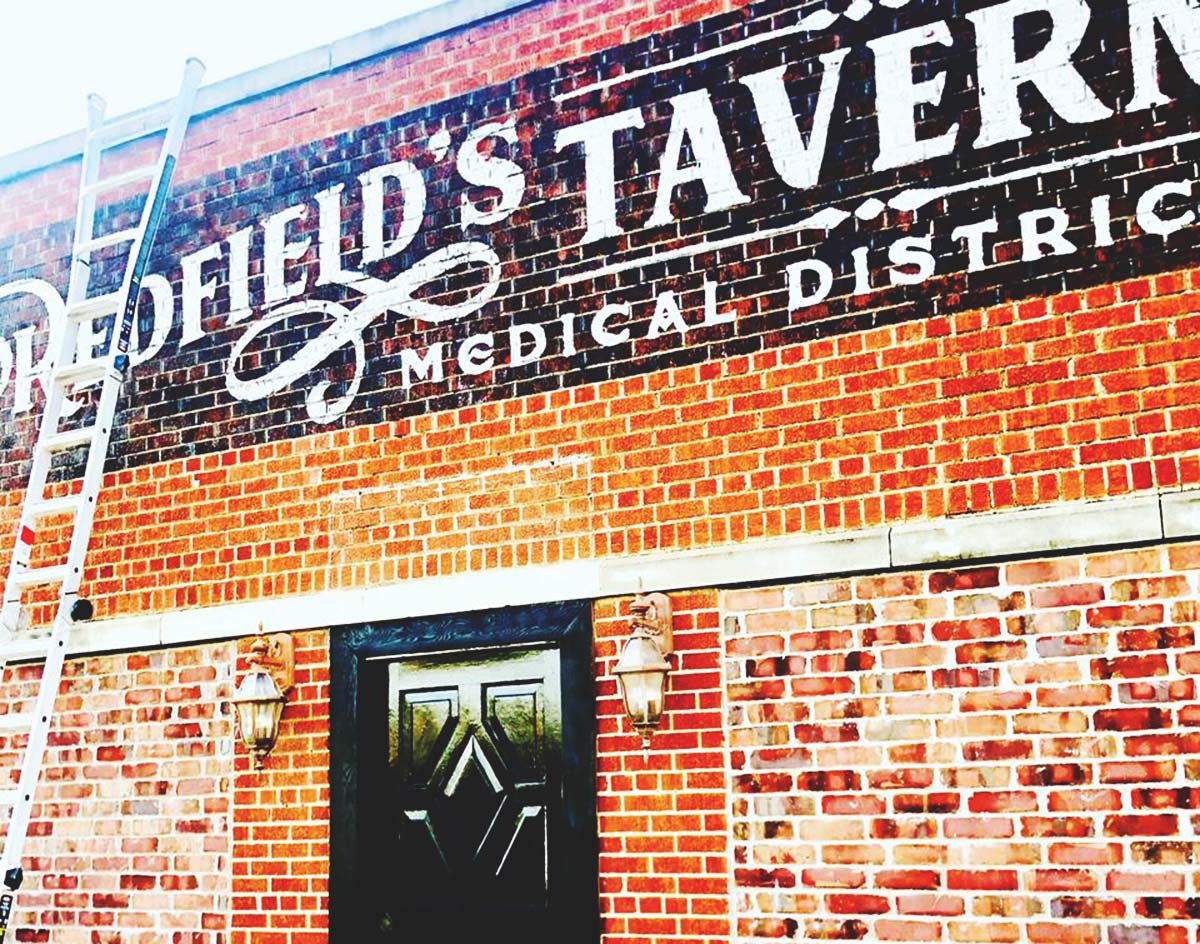 A new bar concept is on the horizon from the folks behind Barley House, Katy Trail Ice House and Bryan Street Tavern. Redfield’s Tavern — not to be confused with Uptown’s Renfield’s Corner — will be located at 2213 Butler Street in the Medical District, with an eye on a March opening.

That’s a little late than expected — “We hoped to be open in February,” co-owner Katy Tillotson confirms — but with the build-out on the new place is still underway, lovers of Tillotson’s other ventures can expect some familiar aspects (coupled with healthier menu options like salads , vegetarian and vegan options) in the overall package.

“Our menu will be similar to the other places, but more similar to Bryan Street Tavern,” Tillotson says.

As for the design, expect a mix of salvaged materials and a lot of the building’s original elements, combined with new touches. One thing to look forward to is the courtyard — a unique partially enclosed area with foliage from the Texas Tree Foundation.

“We’re just excited for their plans for the revitalization of the area,” says Tillotson.

Meanwhile, another newcomer is taking a crack at one of Deep Ellum’s more troubled, but nonetheless prime locations next month. Off the Cuff is a restaurant-bar opening at 2901 Elm Street, the intersection of Malcolm X Boulevard and Elm that has formerly housed Junction Craft Kitchen, Kitchen LTO, Rush Patisserie and a string of other ventures. This time around, though, the space will function as a bar that aims to serve good quality food — particularly sandwiches, wraps and, more notably, upside-down burgers. The burgers will come with the bottom served on top, intended to prevent bun collapse. The bar program will feature a minimal cocktail menu with a selection of local craft beer, with daily hours running until 2 a.m. for area night owls.

Also on the bar circuit, an indoor mini golf concept called Another Round is slated to hit West Dallas. The 5,500-square-foot space will be located near the Sylvan Thirty development, and feature 12 putt-putt holes set to rotating themes. First up? Oak Cliff Country Club. Construction on the venture begins in February, with an opening expected for May or June.

In other news, the Metroplex is hosting its first Black Restaurant Week this fall. From October 14 through 21, the Houston-born event will feature restaurants such as Wingfield’s, Kessler Baking Studio and The Island Spot, with more to be announced in the coming months. The goal of the event is to stimulate the growth of African American businesses and farms across the state, with the event spreading to other cities throughout the country in time.

Switching gears to some legal news, multiple lawsuits and tax liens have been filed against the restaurant groups behind Smoke, Bolsa, Bolsa Mercado, Chicken Scratch and The Foundry. The pending legal dispute includes but is not limited to federal, state and local battles over unpaid taxes, back rent and other assorted damages. It’s tough to say which of these spots, if any, will survive this fight, so you might want to patronize these favorites while you still can.

In other legal news, Eiland Coffee Roasters is struggling to open its second location after Richardson City Council voted against its opening. After two years of trying to open a cafe and roastery in the former Pancho’s Mexican Buffet building, the company is set back once again after the City Council found issues with the business’ proposal for the space. Concerns over traffic congestion, parking and even its coffee smell have been brought against Eiland, but hope remains as the City Council encouraged owner Clay Eiland fo return soon with a revised plan of proposal for a new site.

Speaking of expansions: Denver export Snooze: An A.M. Eatery has finally opened its new outpost in Oak Lawn. The latest edition to the Snooze family is located at 3211 Oak Lawn Avenue, and represents the brand’s most central location in Dallas thus far. In addition to the brand’s signature aesthetic, the space will capitalize on the trendy unicorn obsession du jour with unicorn elements sprinkled throughout the restaurant.

Another concept expanding to the city’s center is Cibo Divino Marketplace, which is opening a space on the ground floor of Bryan Tower. Cibo Divino Centre will be located at 2001 Bryan Street, and focus on the area’s working crowd with a selection of prepared foods, made-to-order salads and sandwiches, pizzas, beer and wine, complete with a happy hour from 4 p.m. to 7 p.m. Construction on the space is currently underway, with an opening planned for sometime later this spring.

Meanwhile, some area businesses are offering free and $1 deals to federal workers affected by the shutdown. Noble Rey Brewing Co. and Lakewood Brewing Co. are giving one free beer per day to anyone with a federal ID — as well as 20 percent off pizza at Lakewood. Twisted Trompo and Mario Bros. Tacos are doing $1 tacos, too, while Knife Burger is selling $1 Ozerky burgers at the Shops at Willowbend and Food Hall at Crockett Row locations. Pabst Blue Ribbon, meanwhile, will be buying beers for anyone with a federal government ID at Anvil Pub from 5 p.m. to 8 p.m. this Thursday, January 24. The Dallas Morning News has an extensive list of additional offers for furloughed employees here.

Along those same lines — and our usual send-off beer news, conveniently — Lakewood Brewing Co. is helping to raise funds for Vector Brewing, a planned brewery development that was halted by the government shutdown. The Brewing Good Sunday event will be held on January 27 at Lakewood’s Garland taproom, with a dollar from each pint benefiting the start-up. The Observer has more details on Vector’s government-spawned issues in its cover story this week, which you can find here.

Cover photo via Redfield’s Facebook page. Got a tip for The Spread? Email us!