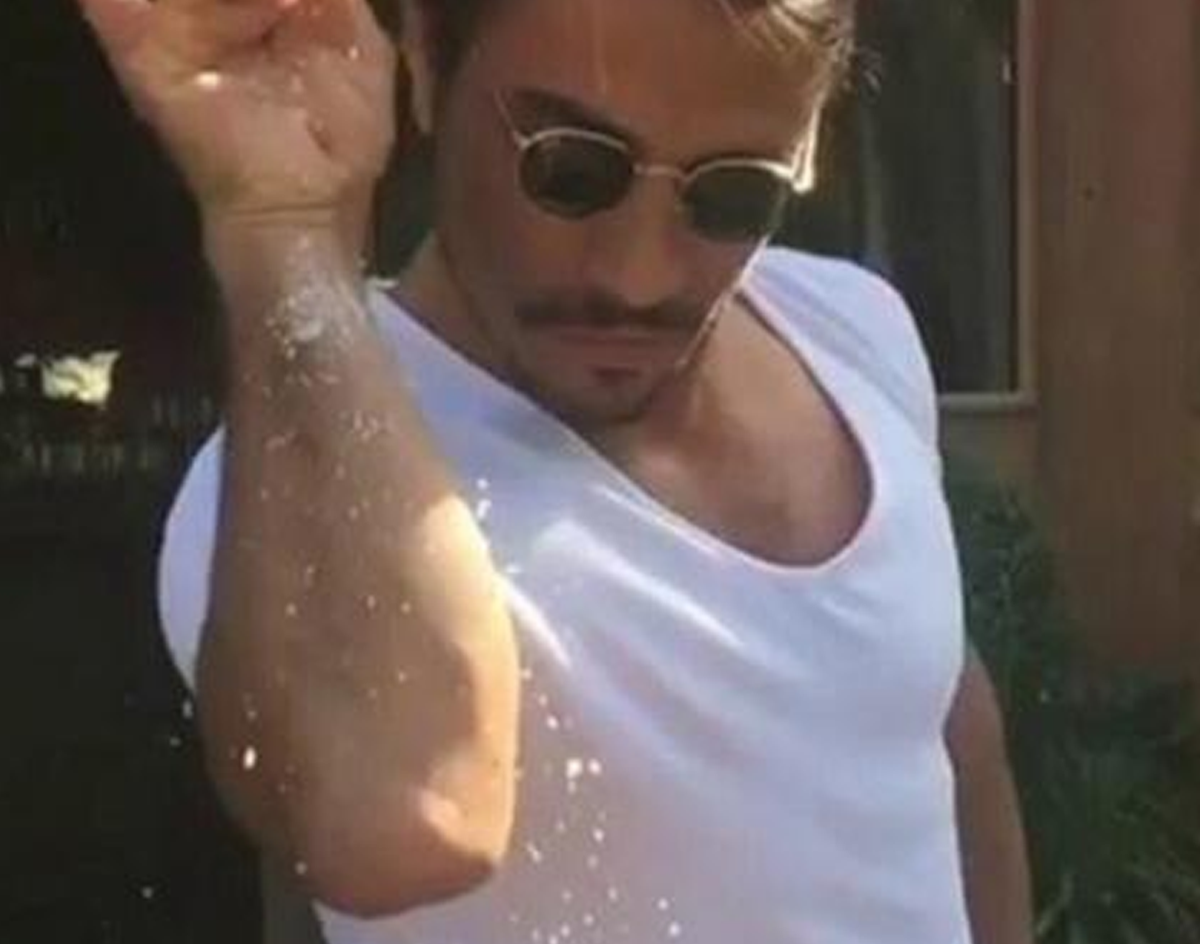 Whew, there’s lots of food news in Dallas this week! And you know what makes a good side dish? Legal drama. Let’s dive in!

It seems like Salt Bae‘s long-anticipated restaurant Nusr-Et is already marinating in hot, salty, legal drama before the doors even open. According to a lawsuit filed by Dallas-based construction company BengeTexas, Nusr-Et owes the company and other subcontractors over $933,000 in unpaid bills.

To throw salt on the wound (sorry, we had to), Nusr-Et filed a countersuit alleging that BengeTexas had diverted $182,000 in subcontractor payments to former Nusr-et employee Steve Regan. Nusr-et alleges this was a scheme in order to defraud the restaurant. The countersuit also alleges that the $574,000 mentioned in lien affidavit is false. Legal drama is a dish best served medium-rare, we suppose! Or at the very least, in the house.

In case you haven’t heard, Texas State House Representative Richard Peña Raymond is set on introducing the HB937 bill, which would dismantle the prohibiton-era ban on the sell of distilled spirits on Sundays. The Sunday ban on Chick-Fil-A sandwiches is already enough, we really don’t need anymore limitations. Plus, it’s worth mentioning that Texas is just one of six states with this kind of Sunday ban. Seriously, the fact that you can buy booze on Sunday in Oklahoma is, frankly, a bit insulting. Why do they get all the fun?

In even more legal news, Irving-based pizza buffet company Cici’s Pizza has filed for bankruptcy. Unlike pineapple on pizza, buffets and pandemics just don’t work well together, we guess. In spite of its financial woes, the company does remain confident business will continue as usual, for the most part. Cici’s currently operates 11 locations in the U.S., while franchising the concept to 307 others. This bankruptcy is not expected to affect franchised locations.

In lighter news, the “coffee kings of kindness” at La La Land Kind Café are going viral thanks to their “drive-by kindness” TikToks. It’s exactly like you might think: La La Land goes driving around and throwing out compliments to unsuspecting folks like hotcakes. One of the videos has already amassed more than 11 million views. Now that’s a drive-by we’re down to ride for.

Over in East Dallas, there’s plenty of changes happening. Food truck oasis Chuckwagon Park is pulling up at 1716 N. Hall St in March. Having contacted food truck vendors at Klyde Warren Park, the new food truck park will offer a variety of food from hibachi to barbecue.

If that’s not enough excitement for you, Oak Cliff-based taqueria Trompo is opening another location in East Dallas this spring at 4201 Gaston Ave., near the the Baylor University Medical Center campus. The Monterrey-style taqueria currently operates its flagship location the heart of Bishop Arts District.

The owners of Deep Ellum’s Off The Cuff are expanding out west with their new concept Pour Decisions at 2800 Bledsoe St. #200, in Fort Worth’s West 7th District. If you’re unfamiliar, West 7th is Fort Worth’s college party strip that we’re positive will welcome the Instagrammable two-story location complete with a tunnel slide.

Out in Plano, Legacy Hall is adding a few new restaurant concepts to their roster, including Bourbon Vanilla Ice Cream Co., the latest concept by Whisk Crepes founder and our 2020 Restaurateur of the Year, chef Julien Eelsen. Opening in February, the ice creamery will offer traditional dairy desserts like ice cream, sundaes and milkshakes, but will also offer the option to spike your choice with alcohol-infused flavors. Joining Bourbon Vanilla Ice Cream Co. in this latest expansion is Yan Pan Asian, Leila Bakery, Buttercup and The Italian Job — a scratch-made pasta kitchen.

Lastly, we end on some exciting beer and snack news ahead of the forthcoming Super Bowl LV this Sunday.

The masterminds behind Martin House Brewing are launching two new beer flavors this Friday: Buffalo Wangz (ABV 5.2%), a buffalo wing sauce sour beer and Ranch Dipping Sauce (ABV 5.2%), a ranch dressing-flavored beer. Yes, really. The internet has been going nuts about them since the initial Facebook announcement. According to the brewery, The Ranch Dipping Sauce beer “looks like beer, but tastes like ranch.” Both limited edition beers will not be sold in stores, as they are taproom exclusives.

Finally, the corndog empire of Texas, Fletcher’s, is selling corny dogs on Super Bowl Sunday for the first time ever. Place your order online by 10 p.m tomorrow, February 4 and pick them up this Sunday in Highland Village or North Dallas. It’s worth noting there is a minimum order of 10 to a maximum of 100 corny dogs per order, each priced between $6-7.

Get it how you live, Dallas!