39 Things To Do In Dallas This Weekend. 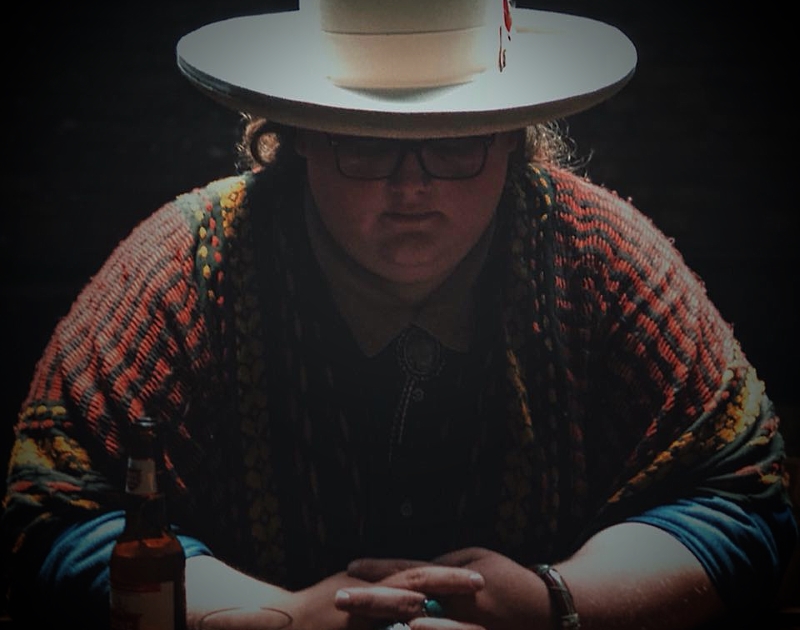 Next month, a British woman is planning on marrying her duvet in what’s being described as a lavish ceremony.

“I love my duvet so much I would like to invite people to witness my union with the most constant, comforting companion in my life,” she said.

Sure, it’s going to be pretty dang cold this weekend, and that might make it sound tempting to stay indoors wrapped up in your own blankets for days on end. But that’d be pretty crazy given how much is going on elsewhere around town the next few days. — Cory Graves

Iliza Shlesinger at Majestic Theatre
The hometown comedy hero will deliver the laughs to her fellow Dallasites and elder millennials alike. — CG

Thursday at Tree
New Jersey-based post-hardcore behemoths Thursday are nearing their impressive two-decade milestone as a band, and to celebrate, they will embark on a special tour in which they perform two-night stands in select cities, one of which is Dallas. On night one, they will be playing the entirety of their 2001 full-length Full Collapse, and on night two, the entirety of their 2003 album War All the Time. We’re lucky enough to have the band rekindle their golden years in an intimate setting – and on a Friday and Saturday! — Garrett Gravley

Ticketstock 25 at The Plano Event Center
Twenty-five years ago this week, America’s most popular sports talk radio station launched the week before heading to Atlanta to cover the Super Bowl. Before they head back to Atlanta again, they’ll celebrate a quarter-century on the air with a Timewasters greatest hits performance, round tables and celebrity guests including Troy Aikman. — CG

Fritz Lang’s Metropolis w/ Live Score at Texas Theatre
Fritz Lang’s early sci-fi masterpiece was an influence on everything from Batman to Blade Runner to Dark City, and just about every dystopian future film you can think of. The Texas Theatre, as part of its series on futuristic film, will include this presentation with a live score from Austin composer David Didonato. A silent movie with a live score is a rare thing in this day and age, so definitely take advantage of this one. — Kip Mooney

16th Annual Django Reinhardt Festival at Arts Fifth Avenue
With but two good fingers, Django Reinhardt crated a new technique of guitar playing now referred to as “hot” jazz. The festival will celebrate his life and legacy including three nights of film, music and French cuisine, as well as gypsy guitar clinics on Saturday and Sunday afternoon. — Paul Wedding

Blackberry Smoke, Chris Shiflett at Canton Hall
The country rockers left Zac Brown’s Southern Sound record label a few years ago, but they’re doing just fine on their own. Playing 250 dates a year, the band has long honed its James Gang-like sound on the road. The Foo Fighters’ guitarist opens with a solo, Americana set. — CG

Joshua Ray Walker (Album Release) at Sons of Hermann Hall
Though the stories Walker weaves in single “Lot Lizard” and others on the album are ostensibly fictional, there are pieces of Walker and his truth in each one. Reading between the lines we find self-deprecating slivers of his own insecurities and an intense vulnerability – in this case, delivered via a bone-chilling coyote howl of a yodel. The full album will be available to purchase on vinyl for the first time at this show. — CG

Andrew McMahon in the Wilderness, Grizfolk at House of Blues
Roll a grand piano onto the stage. Then add some strobe lights. Last, toss in Andrew McMahon in the Wilderness, so named for the former Something Corporate and Jack’s Mannequin frontman who too leads this group. What you end up with here, clearly, is an intoxicating cocktail. — Allie Williamson

U.S. Bombs at Gas Monkey Bar N’ Grill
What’s left of the aging punk outfit plays the ol’ GMBG. The set will probably include a handful of Clash covers, given one recent addition to the discography. — CG

Darude at Stereo Live
The only possible right answer to “what’s the song name?” — CG

Laugh Your MASS Off Presents: Altercation Road Stories at Main At South Side
Comedian JT Habersaat bucks tradition, taking his shows on the road, where his tours get arranged to look more like a band’s touring schedule than a comic’s, preferring one-night performances at rock clubs and other venues to extended weekend shows at comedy clubs. This time through, he’s even bringing some touring rock musicians with him to tell jokes of their own. — Alex Gaskin

Kigurumi Party : We Are All Onesies at Panoptikon
A pajama party for adults – that means booze, dancing and staying up way past your bedtime. — CG

BRICKLIVE at The Star in Frisco
BrickLive comes to The Star in Frisco for four separate four-hour sessions this month on January 26 and 27. Self-proclaimed as “the largest LEGO fan experience in America,” this international event — it’s also billed as this offering’s first-ever stateside go — promises more than 99,000 square feet of immersive exhibits and experiences for LEGO lovers of all skill levels. The event will also feature multiple “brick pits” filled with more than 350,000 bricks apiece, instruction sessions with master LEGO builders, life-sized Lego statues of endangered species, a Minecraft-themed installation and, because 2019 is the 20th anniversary of LEGO’s team-up with Star Wars, a strong Star Wars focus in the form of various LucasFilms-approved models and other exclusive art pieces. Given the Dallas Cowboys’ ownership of the venue, anticipate some silver-and-blue elements as well. — Claire Lin

Tom Segura at Majestic Theatre
The stand-up known for his Netflix specials Completely Normal and Mostly Stories, and guest appearances on shows like Workaholics hits Dallas for three comedy shows. Both Saturday offerings are sold out, but tickets are still available for Sunday as of this writing. — CG

Hitchcock’s The Birds w/ Dallas Neo-Classical Ballet at Texas Theatre
You’ve likely watched the master of suspense abuse actress Tippi Hedren in her big screen debut, but never just after watching a ballet based on the classic horror film. — CG

Parker Gispert at Double Wide
When The Whigs decided to pull back on activity in 2017, frontman Parker Gispert figured he’d just keep rolling right along by himself. It’s really all he knows how to do at this point. Aztec Milk Temple and St. Yuma open. — CG

Los Lobos at House of Blues
The 2016 Rock and Roll Hall of Fame nominees continue plugging away, making a case that their Latin-based indie rock deserves enshrinement at some point down the road. — CG

Stoney LaRue at Billy Bob’s
Some argue that country music doesn’t need saving. LaRue, on the other hand, begs to differ. — CG

DVBBS at Stereo Live
Don’t ask the Canadian EDM duo “what’s the song name?” It won’t be as funny when Darude’s “Sandstorm” reverberated through these very halls less than 24 hours ago. — CG

Lincoln Durham at Three Links
Ray Wylie Hubbard protege Lincoln Durham makes his umpteenth DFW play. His unusually grating brand of folk and use of instrumentation such as sheet metal and a pump organ have granted him comparisons to greats such as Tom Waits and Nick Cave. — GG

Heartbyrne at Granada Theater
This ain’t no party. It ain’t no disco. It is an Austin-based Talking Heads tribute, though. This must be the place. — CG

Arty at Lizard Lounge
The Russian trance DJ and model will pose behind his decks while you do your little dance on the catwalk. — CG

The Magical Mystique of Mardi Gras at Fair Park
Mannie Fresh will make everything big at this early Fat Tuesday party. — CG

A$AP Rocky at The Theatre at Grand Prairie
A$AP Mob member and Harlem-based rapper A$AP Rocky joined Kendrick Lamar as an opening act for Drake’s Club Paradise Tour in 2012. All three packaged artists would collaborate with 2 Chainz on the 2012 hit “Fuckin’ Problems”, which served as a promotional single for A$AP Rocky’s 2013 debut album Long. Live. A$AP. His 2018 studio album Testing was more experimental compared to his previous work, but still enjoyed modest commercial success as well as generally positive critical acclaim. He and Tyler, the Creator also teased a collaborative project called WANG$NAP, which we might be hearing more about in 2019. Fingers crossed. — GG

Corb Lund at Main At South Side
The Canadian alt-country star brings his refreshingly traditional approach back to Cow Town as part of his No Rest For The West tour. — CG

Disney Pop-Up Brunch at One Sette
The McKinney Avenue joint wants you to be their guest, be their guest and put their service to the test at this themed pop-up brunch. Food comes courtesy of Bowen House and an after-party follows at Bottled Blonde. — CG

The Bounce at Regal Room
DJ KMOR and guests change up the vibe and continue the new weekly at IBK. – CG

The Devil Makes Three at Trees
The Devil Makes Three has an interesting sound — part bluegrass, part vaudeville swing, but done with a fervor that is certainly devilish. Fronted by multi-instrumentalist Pete Bernhard he is joined by bassist Lucia Turino and guitarist Cooper McBean. Together the band has taken its Bob Wills meets Cab Calloway sound to the Austin City Limits Fest, Bonnaroo and Lollapalooza. — Roberto Aguilar

Hypnotic Polar Plunge at Fraternal Order of Eagles
We get it: Their idea to have folks swim the length of the FOE’s pool — on a day when the high temperature will only reach the low 40s — will help raise funds for the Greater Dallas Chapter of Alzheimer’s Association. But wouldn’t it be wiser to have folks pay their $10 to avoid taking the icy plunge? — CG

Master Pancake: Raiders of the Lost Ark at Alamo Drafthouse (Lake Highlands)
The MST3K-aping crew behind Austin’s Master Pancake probably have a great one-liner prepped for when Sallah asks Indy why does the flood move. — CG

Do-Gooder Meet-Up at Double Wide
Meet some new charities to volunteer with and some like-minded do-gooders to meet up in the future and do more good with. — CG