The Rise, Fall And Reunion Of Flickerstick. 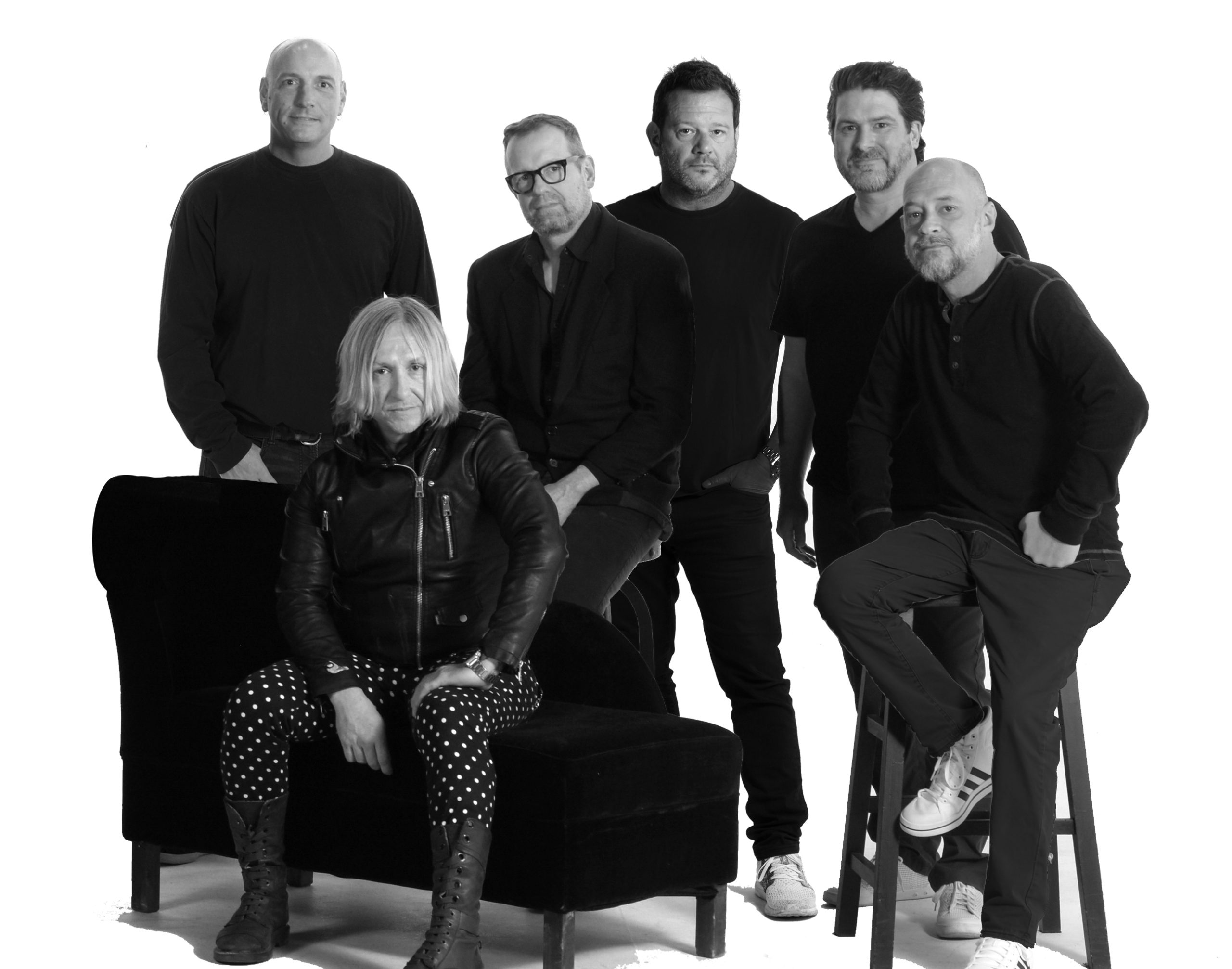 Despite a lot of shows getting postponed or canceled in lieu of the latest variant of the coronavirus, there is one recent show announcement that has been made with confidence: a reunion show by Flickerstick at the House of Blues on June 25, 2022.

Boasting a reunion of the group’s five members featured on the band’s 2001 album Welcoming Home The Astronauts (along with special guests), it was not necessarily a surprise, but very welcomed. Coming off the heels of a successful small pressing of the album on vinyl through the DFW Legacy Series in 2021, the band has not played together since 2009. And it has been even longer for this line-up.

“I’m over-the-moon excited about it,” frontman and guitarist Brandin Lea says. “This is something I’ve wanted to happen literally since the day we broke up.”

“We are so blessed with a group of fans that — because they got a glimpse behind the curtain — they feel closer to us than maybe some other bands,” guitarist and keyboardist Cory Kreig says. “They feel like they went on a journey with us.”

So why now? It’s a complex story, but much credit goes to social media and the vinyl reissue. It seems like the longer Flickerstick was away, the more fans wanted something greater.

“I guess nostalgia has a way of doing that,” Brandin says. “I didn’t see that coming.”

The band was formed in Denton in the mid-1990s by Brandin Lea and Cory Kreig out of the ashes of a previous project they were in. They made a self-titled tape and a CD called Chloroform The One You Love. The lineup was rounded out by Brandin’s younger brother Fletcher on bass and Jeff Lowe on drums.

Its next release would feature additional guitarist Rex Ewing and new drummer Dominic Weir. Brothers Todd and Toby Pipes from Deep Blue Something were behind the album’s production duties, and Welcoming Home The Astronauts was originally released by locally-based 226 Records.

Combined with Brandin’s penchant for powerful vocals amidst melodic hooks influenced by classic rock and Kreig’s punk, industrial and new wave influences, Flickerstick had a sound that appealed to pop/rock fans. Adding a spacey tinge to its sound, it could attract fans of U2, The Cure and Jimmy Eat World.

Flickerstick was around and known in the 817, 214 and 940 area codes, but it had aims to be way more than a local band. The major label machine that gave the Toadies, Tripping Daisy and the Rev. Horton Heat careers was moving into a different time.

The glow of the alternative rock feeding frenzy faded away with a seismic label merger/shake-up at the end of the 1990s. What was once a guarantee for a career, an emerging band taking a few albums to establish a large audience wasn’t a definite anymore. The industry wanted instant hits on the first album, or they had no further use for you.

Despite this rather grim backdrop, Flickerstick found itself in a very lucrative position as a competitor on a new reality show on VH1 called Bands On The Run. At a time when the MTV sister channel aired a healthy amount of music videos and reality shows (before it was dominated by cringe-worthy dating shows and cynical reminiscing shows about pop culture of the 1980s and 1990s), a band like Flickerstick had a golden opportunity to share its music with a worldwide audience.

What would be the sole season of Bands On The Run, it aired between the spring and summer of 2001. It was like The Amazing Race, but with DIY bands aiming for an A&R showcase, a music video, a $50,000 cash prize and $100,000 worth of equipment from Guitar Center.

Pitting various acts with vastly different sounds (Harlow, Soulcracker and the Josh Dodes Band), they had scavenger-hunt challenges to complete on a whirlwind national tour, like playing The Jenny Jones Show to auditioning to perform the national anthem at a basketball game. The winner crowned would be the band who earned the most money.

It made for an engaging show, and the rivalry between the bands created soapy reality TV. Whether it was tension within or between the groups, the allure of sex, drugs and rock and roll played perfectly into the narrative that practically every episode of VH1’s ratings-giant Behind The Music charted out for heritage acts.

Consistently playing live shows that left lots of sweat and tears on the stage, successfully completing challenges and selling a lot of merch and tickets, Flickerstick was declared the winner of the show.

The exposure it had with the show led to interest from major record deals. A&R rep Peter Robinson (the man who signed the Dave Matthews Band) signed the group to a record deal with Epic/Sony, who then re-released Welcoming Home The Astronauts in the fall of 2001.

Working with producer Rick Beato (long before he was known as a famous YouTuber) and star mixer Tom Lord-Alge (one of the most in-demand mixing engineers at the time, making singles from acts like Blink-182 and Vertical Horizon explode off of radio speakers), Welcoming Home The Astronauts got a major sonic upgrade. Removing one track from the original album (“Right Way to Fly”) and adding two newly-recorded songs — “Smile” and “Execution By X-Mas Lights,” which featured prominently on many Bands On The Run episodes — the band filmed videos for songs that would be released as singles. The reissue was poised to be a big seller.

But it wasn’t — for a major label, at least. According to Kreig, sales of the album were around 88,000 and it cracked the Billboard Top 200 albums chart in its opening week. That figure might have been a miracle for an indie label, yet this was with Epic Records, and it wasn’t enough.

“It was a perfect storm of things that happen to bands I guess,” Kreig says.

Blame for the lackluster sales of the Sony reissue has long since been placed on a lack of promotion after the 9/11 terrorist attacks. Other Sony projects – like Ben Folds’ Rockin’ The Suburbs and Macy Gray’s The Id  suffered similar fates.

The band bought itself out of the record deal in 2002 and had ownership of Welcoming Home The Astronauts. The Epic version eventually went out of print and the band opted to not do a reissue. It was not available on streaming services for years.

Undaunted, Flickerstick toured its ass off for the following years. Not quite making the status they hoped to have, the members plowed ahead for hundreds of dates a year, year after year.

It released two live albums, an EP and another studio album called Tarantula. Dominic Weir was fired from the band and replaced by Doosu/Red Animal War drummer Todd Harwell. Cory Kreig eventually left the band and was replaced by Tim Locke from Grand Street Cryers and Calhoun.

When Fletcher Lea enlisted in the National Guard and shipped off to Iraq for 13 months, that was when Brandin decided to end the band in 2009 with a few local shows.

Out of all of the members, Brandin would remain the most visible in the North Texas music scene, fronting The February Chorus and later, Jetta in the Ghost Tree. Kreig got out of the music business when he left, making a nice life with a family and a successful career in the healthcare staffing industry. Weir has a nice job and life in New York. Fletcher Lea has worked with Kreig over the years. And Brandin has worked in live concert and event production.

With Love We Will Survive

According to Brandin, an attempt to reunite with his old bandmates fell through a few years ago. Weir and Brandin talked about doing it, but Ewing and Kreig were not on board.

“We weren’t ready yet,” Brandin says. “We got close about three or four years ago.”

“Cory and I were very, very close – like brothers –  in the early years of the band,” Brandin says. “We were very much on each other’s team. Two creative guys that are similar that ended up butting heads, and then he ended up peacing out after Tarantula. We did not speak for 13 or 14 years until [2021].”

There wasn’t anger, though.

“We just didn’t have any reason for those many years,” Brandin says, citing of lack of communication with Kreig. “He made his decisions, I made mine. We got to a point where we were wanting different things in life. I’ll be honest, we weren’t the best of friends when it ended. We just let that be.”

“When the band ended for me, it had to be a cold turkey thing,” Kreig says. “So I went cold turkey on it for the first couple of years.”

Based on a suggestion by superfan Beau Wagener for a candidate for a defunct band to get a vinyl reissue for the DFW Legacy Series, the fabled Flickerstick LP was considered. That began a small set of dominoes falling.

“I got a text out of the blue – after decades – that just said, ‘Hey man, would you want Astronauts to be on vinyl?’,” Brandin says. “My response was a simple ‘Yes.’”

Talks between Brandin and Kreig began.

They made mistakes in the past, Brandin admits.

“Cory and I tried to co-run the band, and I don’t know if that’s ever a good idea,” he says. “I learned way too late that Cory is very business-minded and he’s been that way his whole life. And I’ve been terrible at that. If I had been just a songwriter/frontman and not meddled in – or thought I was making good decisions — on a non-artistic level, maybe we would have gotten along better. I think I micromanaged him. His talents lied beyond music.”

Kreig was not sure about doing a reunion, but when the vinyl sold so well, Brandin says the tune changed.

For years, their only digital presence was through a Facebook group made of fans. Now they have social media channels, along with a YouTube channel, thanks to Kreig. “That dude single-handedly has done everything for this whole resurrection of this band,” Brandin says of Kreig.

The Epic version of Welcoming Home The Astronauts made its way to streaming services, along with a compilation of rarities called When We Were Young.

Turn a Frown into a Smile

Kreig makes it very clear about this show in June at the House of Blues: this is a one-off for him.

“There’s not another opportunity for me,” he says. “I am playing one show.”

As for the special guests for this show, things are definite for a return of Todd Harwell to the drum throne.

“I couldn’t think of how we would exclude Todd for any reason,” Brandin says.

According to Brandin, Tim Locke has been asked, but there is no confirmation he will or won’t play.

“If he wanted to do some of it – or whatever part of it – everybody would be fine with that,” Brandin says.

The plan is for this show and this show only. Most of the band members are not at a place in their lives to drop everything and go on tour for most of the year. They want to have fun and finish the band on a positive note.

With the band members either over 50 or pushing that age, they know they can’t do this like it was on Bands On The Run.

“We’re not getting any younger here,” Kreig says. “There’s a law of diminishing returns for all of that.”

“It’s like we’re finally getting to do it right, or at least close that chapter,” Brandin says.