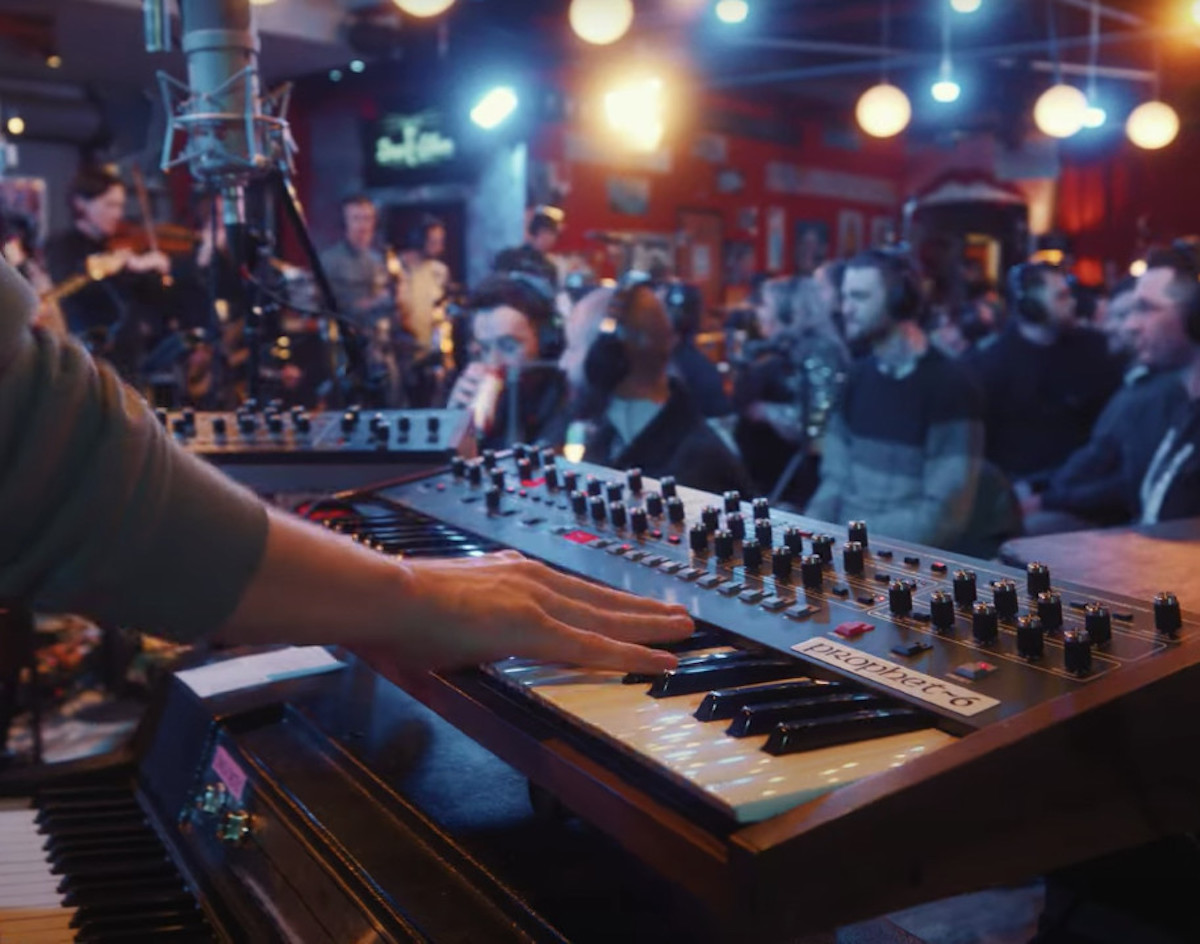 Ahead of Its Upcoming Album, Denton’s Snarky Puppy Released A Live Recording Of A Featured Track And It’s Not Just A Song, It’s An Experience.

Snarky Puppy — “Trinity”
RIYL: The Holy Trinity of Jazz
What else you should know: Multi-Grammy-winning Snarky Puppy has its roots in Denton, and they just released a new tune from their next album, set to arrive in September. The wall of sound that is this band (started by bassist Michael League many years ago) is in full effect on “Trinity,” which is a marathon through audio landscapes previously created by Stevie Wonder, Santana, Chicago and Mahavishnu Orchestra.

The instrumental band’s forthcoming LP, Empire Central, was recorded at Deep Ellum Art Co, the celebrated venue that thankfully did not have to shut down for good because of the pandemic. And the band released a live version of the near-eight-minute track, filmed in the place they recorded.

Written by guitarist Mark Lettieri and arranged with the small army of the group, it’s an incredible build of varying moods and dynamics. Rooted in fusion and unafraid to incorporate styles that are not traditionally in the genre, the sound is, for lack of a better word, Snarky Puppy. They really are their own genre.

Detractors can dismiss this as Guitar Center customers wanting to outshine each other’s skills, but this is actually a song. A complex song that is a great blend of improvisation and pre-planned parts.

Building up to a solid groove takes a few minutes, and once it flows, it’s some genuine magic between the multiple guitarists, keyboardists, horn players and drummers and percussionists. Given the size of the line-up, you’d think you’re about to get an overload of extremes, but thanks to a free, but focused approach, Snarky Puppy connects with an audience beyond the riff salad crowd (where lots of technical riffs are the focus instead of creating melodies you remember).

Snarky Puppy really wants to pay respect to where they’re from on “Trinity,” and it’s great to see such a visible band give the props.