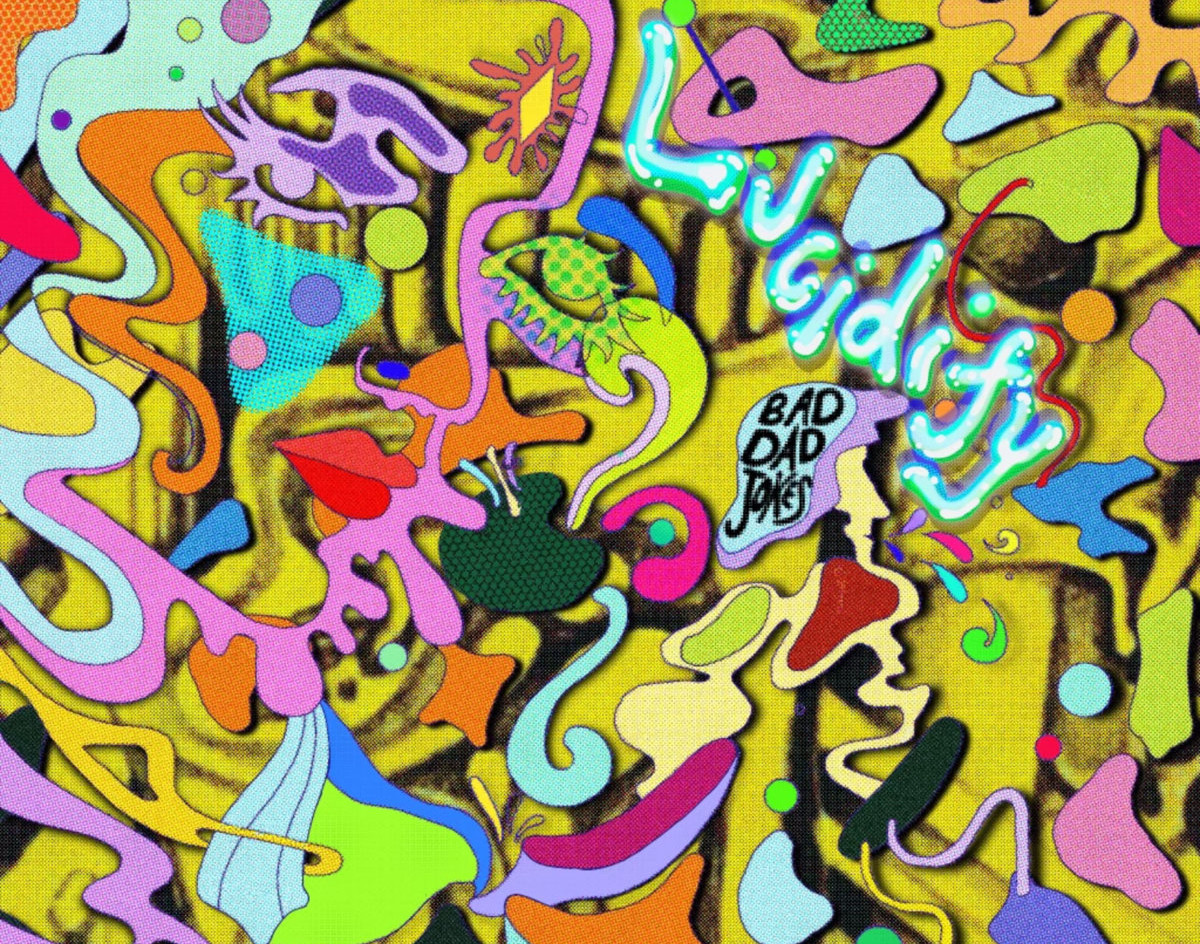 Rock And Roll Might Not Be Rocket Science, But It Does Require Rock It Fuel. And Denton-Based Psych Rock Quintet Bad Dad Jokes Has It.

Bad Dad Jokes – “Lucidity”
RIYL: smiling next to you in silent lucidity.
What else you should know: Are you looking for good, dreamy psych pop around here? Well, Denton-based Bad Dad Jokes has supplied us with a great single this year called “Lucidity.”

The quintet recorded this at drummer Sam Farr’s studio, and it benefits from a nice, clean production. The separation is very apparent, with no bleed between the instruments. The rest of the band is rounded out by Carter Lacy on vocals and rhythm guitar, Kagan Castillo on lead guitar, Roger Johnson on bass and Miette Esteb on keys. Combined they make some righteous tuneage, it’s some great progress from last year’s Musty Cosmic Microwave LP.

Around here, it would be a great fit with Fort Worth powerhouse, Mean Motor Scooter. As in, it has a danceable, punky style that lifts your spirits.

And given the cheeky name, its music is not like corny dad jokes. It’s better than knowing that a cereal pays its bill with Chex. It’s better than declining to hear a joke about paper because it’s tearable. And it’s better than if you saw a crime happen at an Apple Store, you’re an iWitness.

If you call a sad cup of coffee Depresso, think of this as the opposite. This band has a vibe that is not uncommon around here, but the production is a step up from something that usually sounds like it was recorded in a garage on a couple of microphones.