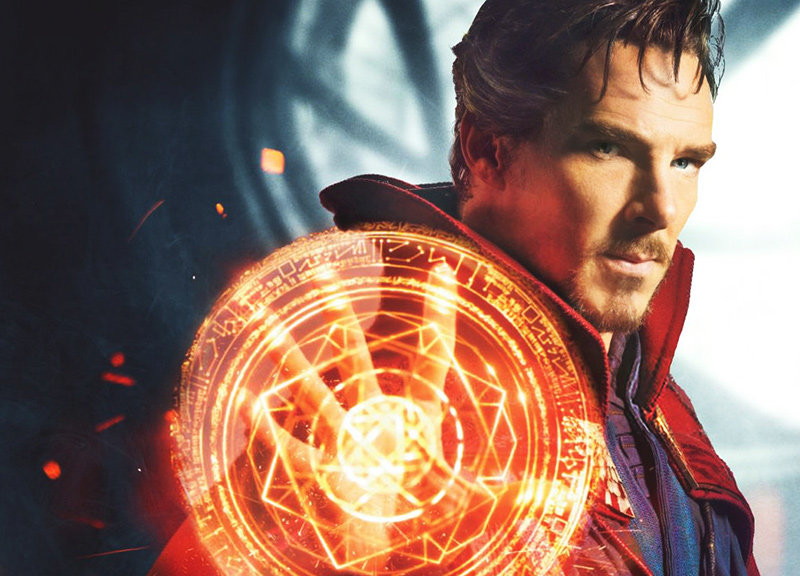 Theaters Across North Texas Are Showing An Early Look at Doctor Strange on October 10.

There are just some things you can’t avoid in this life — like death, taxes and two Marvel Cinematic Universe movies coming out each year.

And with Captain America: Civil War already standing as one of the biggest movies of the year, it’s time to gear up for the MCU’s second offering of the year in the fast-approaching Doctor Strange, which is due out on November 4.

Starring Benedict Cumberbatch (Sherlock), the movie centers around the life of a skilled surgeon who, after a terrible accident, gains magical powers and learns of alternate realities that lay just underneath the surface of our reality.

The trailers for it look especially nuts:

Now, here’s the cool part: You can get an early look at this one before it’s released.

To drum up some hype for the movie, Disney and Marvel have decided to throw together a special sneak preview event for Doctor Strange on Monday, October 10, all across the Metroplex. At 7 p.m. on that night, three locations around the region — AMC NorthPark 15, Cinemark 17 (off Webb Chappell) and AMC Stonebriar 24 in Frisco — will screen an exclusive 15-minute look at the film in IMAX 3-D.

No, that’s not the whole film. But it’s a taste! And, hey, these 15-minute screenings are free to see, too.

Want in? Follow this link to download your passes. Just remember that, as with all these things, ticket in hand or no, getting into a seat is a first-come, first-served deal.