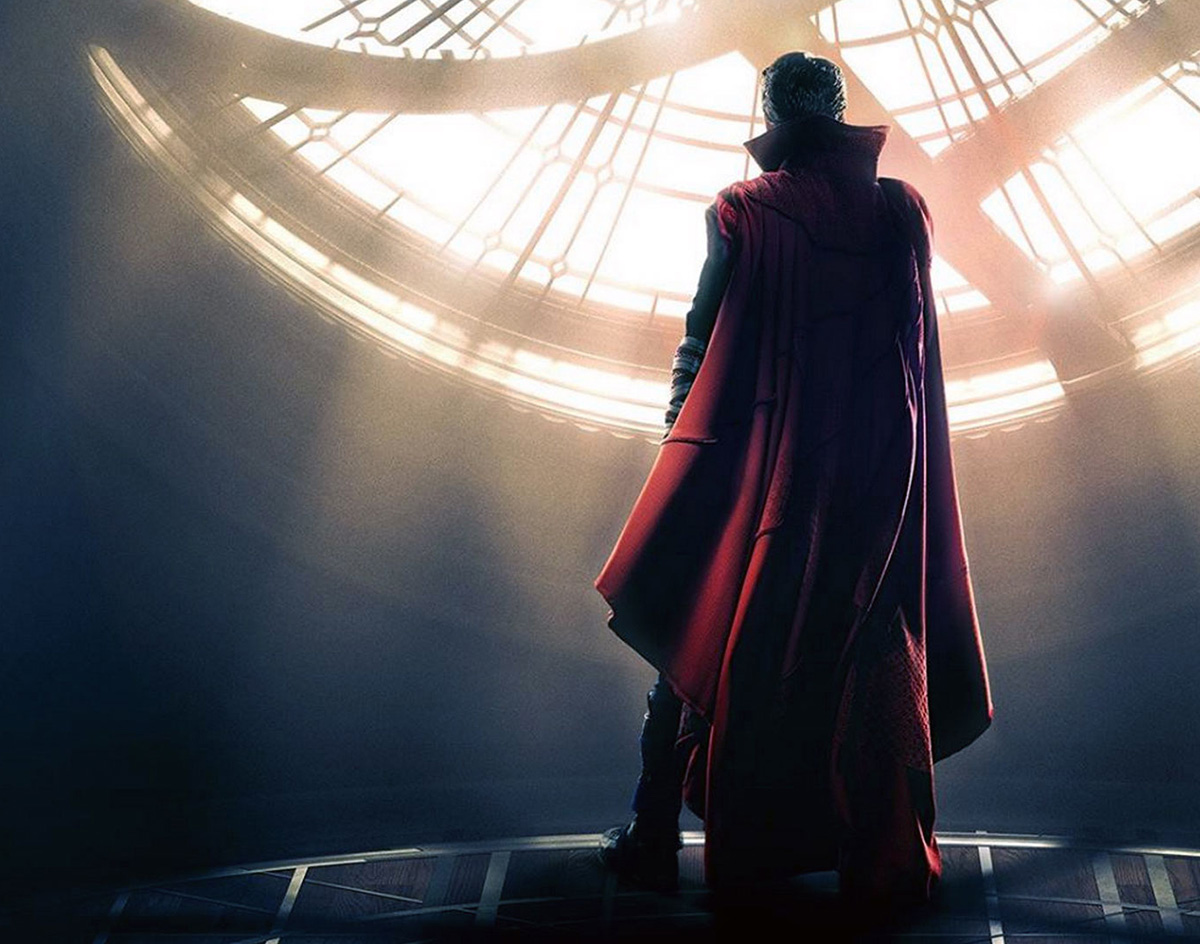 Thanks To Its Visual Spectacle and The Charms Of Its Star, Doctor Strange Indeed Does The Trick.

Superhero movies are the new Westerns, which is to say they’re the new new Samurai movies.

They have their clearly defined (but also very vague) bad guys, their worn tropes, their visual styles and, at least in Marvel Studios’ case, their pretty set-in-stone storylines, which only feature slight variations from film to film.

This late in the game, a superhero movie has to be pretty darn off-the-wall in order to stand out amidst its genre’s many caped dudes who are always punching each other. Thankfully, Doctor Strange fits that bill. Despite being what must be the 40th origin story in the MCU at this point, it stands out as one of the most visually interesting blockbusters in recent memory, and an effort anchored by a fun performance from Benedict Cumberbatch as the titular doctor.

The movie deal with super surgeon Dr. Stephen Strange, an obnoxiously arrogant but equally charming neurosurgeon who gets in a freakish car accident that gives him severe nerve damange in his hand and ends his career. Once he hears of a place in Nepal where a crippled man found the abillity to walk again, he becomes intrigued and embarks on a journey toward healing. Once there, though, he comes across a group of sorcerers led by the Ancient One (Tilda Swinton), each of whom can use magic to tap into alternate dimensions. They use this power to protect Earth.

The big threat here comes from a former sorcerer, Kaecilius (Mads Mikkelsen), who seeks to destroy the four Sanctum Santorums — sorcerer temples, basically — around the world. This would, in turn, lower the Earth’s magical defenses and force Earth to reside in an evil, dark dimension where time and death don’t exist.

The majority of the movie is spent in training montages, with the Ancient One teaching Stephen various lessons about the importance of humility, selflessness and the importance of helping others. At least these sequences are filled with fun and some light humor between Stephen and the other sorcerers like Mordo (Chiwetel Ejiofor) or Wong (Benedict Wong), with the good doctor serving as both a prodigy and an inept newb. It’s during these sequences that we find out that there’s not only a “multiverse” but that there are also mirror realms within our our reality that can only be seen by magic users. The crazy visuals used to portray this reveal are fairly hard to describe; suffice it to say that the world here looks a bit like a Lego creation that can be moved with the wave of a hand. At some points, New York City looks a bit like a demented Super Mario level, with our heroes jumping from moving ledge to the other.

The action here is thankfully is filled with wider shots and longer cuts, both of which help the audience follow along despite a (literal) million moving parts. To that end, this might be the first movie in years that actually should be seen in the 3-D format.

It’s unfortunate, then, that the movie falters by sticking to various comic origin and genre tropes. For one, Stephen goes from total novice to a skilled guardian of a Sanctum Santorum — a huge deal, we’re told — in almost no time at all. The film’s also a bit problematic in the old Avatar and Dances With Wolves sense. How many times must we watch some white dude become the savior of a foreign culture? This aspect, it must be said, gives the movie a bit of a “been there, done that” vibe.

Then again, Doctor Strange saves itself by being one of the funniest Marvel movies this side of Guardians of the Galaxy — thanks, in no small part, to Cumberbatch’s dry delivery and quick wit. Cumberbatch really is a talent; he very much brings his character to life through his performance, imbuing an empathy that the character himself perhaps doesn’t even deserve. After his career-ending accident, the doctor is repeatedly turned down by other surgeons for the same reasons he once rejected patients. As the audience, we see him realizing the error of his ways just through a few facial expresseions. That’s nice to see.

Still, for all of its new flourishes and visual tricks, it’s all a bit expected. At this point, we kind of already know what we’re gong to get with a Marvel movie. Doctor Strange really isn’t all that different from, say, Iron Man. Detractors, indeed, will be quick to criticism this movie as essentially Iron Man with magic.

Those performances and dazzling action set pieces, though? They do help a lot. In the crowded MCU, Doctor Strange does manage to rise (or float) at least a bit above its peers.