The Dallas Cowboys Are Undefeated. 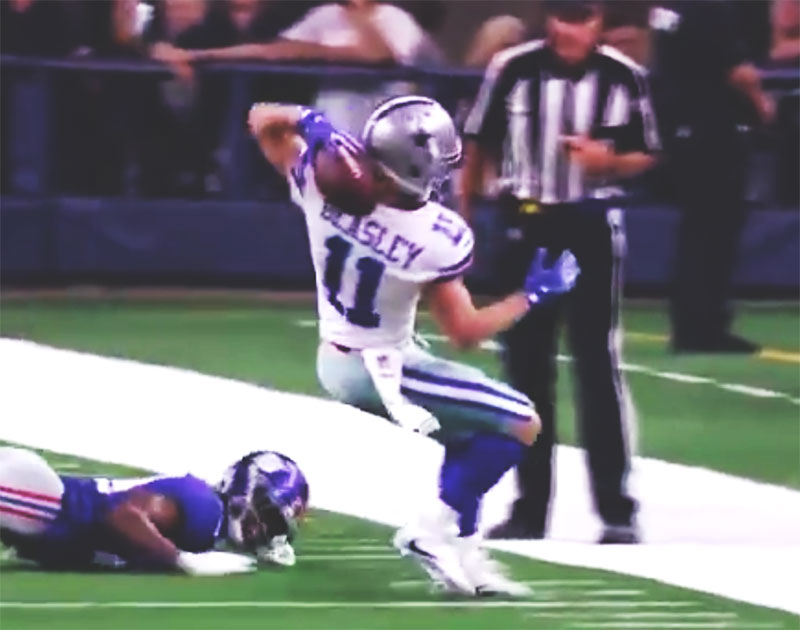 With Elliott Unburdened, Smith And Lawrence Flashing Star Potential, And Beasley Making Circus Catches, There Was Lots To Like About The Dallas Cowboys’ 2017 Debut.

Get this: The Cowboys are now 9-1 against the New York Giants in opening-night games.

And last night’s W? That was such a glorious way to start the season. Aside from the questionable play-calling we saw from the Cowboys in the red zone early on in the game, there really were very few things to complain about.

Second-year quarterback Dak Prescott had some early inaccuracies, but first-game jitters were probably the reason for that. Overthinking much? I’d say so. At least he threw no interceptions, and by the third quarter he started to look more comfortable in the pocket. Hopefully, that comfort will extend to Week 2.

The good news is, even with Dak not looking as poised as he could’ve, the offense still looked solid. Newly unburdened second-year running back Ezekiel Elliott picked up where he left off last season, collecting 104 yards on 24 carries, and the Cowboys were able to in turn control the time of possession to a tune of 34 minutes with the ball.

He was helped by the Cowboys’ stellar offensive line, even if La’el Collins seemed to struggle early on in his new position at right tackle with Giants lineman Jason Pierre Paul getting the best of him early and often. JPP clearly took advantage of Collin’ learning curve, with multiple holding penalties giving Collins fits the entire game.

As weapons go, Dez Bryant was fairly quiet as Terrance Williams had six catches. Veteran Jason Witten, meanwhile, broke another Dallas Cowboys record, becoming the team’s franchise leader in career receiving yards. The real standout, though, was Cole Beasley’s nameplate catch, which rivals the famous three-finger one Odell Beckham Jr. caught against in yet another Giants loss to the Cowboys.

Surprisingly, it was the Cowboys’ defense that shined in this game, dominating in trenches. The D was able to sack Eli Manning three times, with two of those coming from DeMarcus Lawrence, who finally seems to be turning into the player he was drafted to be. And even when the team wasn’t making sacks, it still got consistent pressure on Manning, which was one sure factor in second-year corner Anthony Brown intercepting one of Manning’s passes. On the whole, the fresh-faced secondary actually looked pretty good — Brown and Nolan Carroll held six-time Pro Bowl wide receiver Brandon Marshall to just one catch, which came in garbage time — even with Orlando Scandrick leaving the game with a broken hand, which he says he should be a quick fix.

The real big story on the defensive side of the ball, though, was Jaylon Smith and his seven tackles. Having not played a true football game since December of 2015 where he suffered a gruesome knee injury in the Fiesta Bowl while playing for Notre Dame, Smith seemed extremely comfortable on the field. Though it’s just one game, his instincts and vision were well in tact, and the fact that he may not even be 100 percent healthy yet is encouraging. With Smith, we may be looking at a future star on the defensive side of the ball, which is exactly the kind of thing Cowboys fans have been praying for now that the offense seems consistently strong.

In all, it was a strong start to the season, with the Cowboys now heading off to Denver with a 1-0 record and facing a very good Broncos defense. If the team plays the way they played on Sunday, though, there’s no reason they can’t leave the Mile High City with another W in their belt.