The Year Bike-Sharing Came To Dallas. 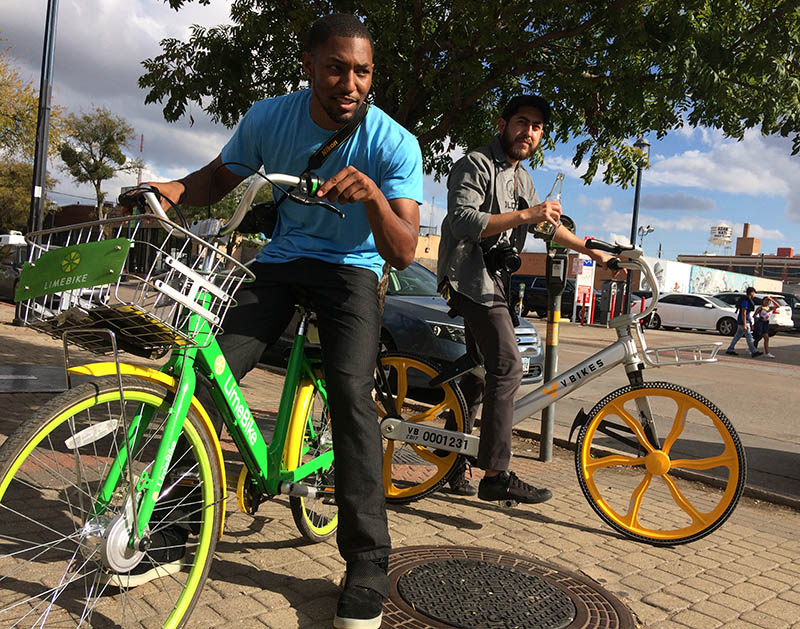 Earlier This Year, The City Of Dallas Gave The Green Light To Bike-Sharing Programs. Now, Thousands Of Bikes Are Scattered Around Town. And More Are Coming.

If you’ve found yourself sidestepping brightly colored bicycles while walking along the sidewalk, well, welcome to your new reality.

After the City of Dallas gave bike-sharing companies permission to start operating within city limits this past summer, they pretty much immediately went out and started strategically placing their bikes throughout the city. At the time of this writing, four separate companies — LimeBike, Spin, VBikes and Ofo — have entered the fray in attempt to flood the city with their bikes, hoping volume will elevate their brand to market dominance.

By the end of the year, these companies will have scattered more than 7,000 rental bikes combined throughout Dallas city limits.

Ofo, which claims the title of the world’s largest dockless bike-share company, is the latest to bring its product to town. It’s going big in its entry, too: Through November 14, the company is allowing users free rides on the more than 1,000 yellow bikes it has placed around town.

By comparison, VBikes has more than 1,500 in the market, although its range extends beyond Dallas city limits. Spin, on the other hand, boasts 350 bikes in its Dallas cache. Meanwhile, when LimeBike launched its efforts in Dallas August, it had 1,000 bikes — although it plans to have 5,000 bikes in the city by the end of the year.

If you’re not familiar with how bike-sharing works, here’s a quick breakdown of the process:

Most services offer a $1/hour rates and comparable monthly rates as well. In fact, beyond each company’s distinctly colored bikes, there is very little difference to the services offered by one as opposed to another. When reached for comment and asked how their bikes differ from the competition, spokespersons for Limebike and Spin each simply expressed their own company’s desire to provide easy, cheap transportation to its clientele.

Enrique Chavez, a local bike rider, says he uses the bike-sharing program about twice a week.

“It was just easy,” he says. “I already had the [LimeBike] app on my phone. I just pick it up, shoot the picture [of the QR code on an available bike]. It’s super easy.”

In early June, VBikes, which is based in the Dallas suburb of Garland, became the first company to put its bikes around Dallas proper. West Coast companies Spin and LimeBike shortly followed with product of their own over the summer. Ofo entered the market just a few weeks back. Of course, none of these companies can claim to be the first bike-sharing program in the greater region; that distinction belongs to Zagster, which put its silver bikes at Hall Park at Frisco on May. (For now, Zagster appears content to keep its North Texas operation contained to that suburb.)

In practice, however, all these bikes entering the market town has also created a bit of a nuisance as people are, in the eyes of many, irresponsibly discarding the bikes once they’re done with them. In part, this is is because there are no rules in place about what to do with these station-less bikes when they’re not in operation, says Jared White, the bike transportation manager for the City of Dallas.

“The direction we got from city council was to basically step up kind of a pilot program to allow these groups to operate,” he says. “We will monitor how they’re operating within the city, and will work with them around revolving issues.” 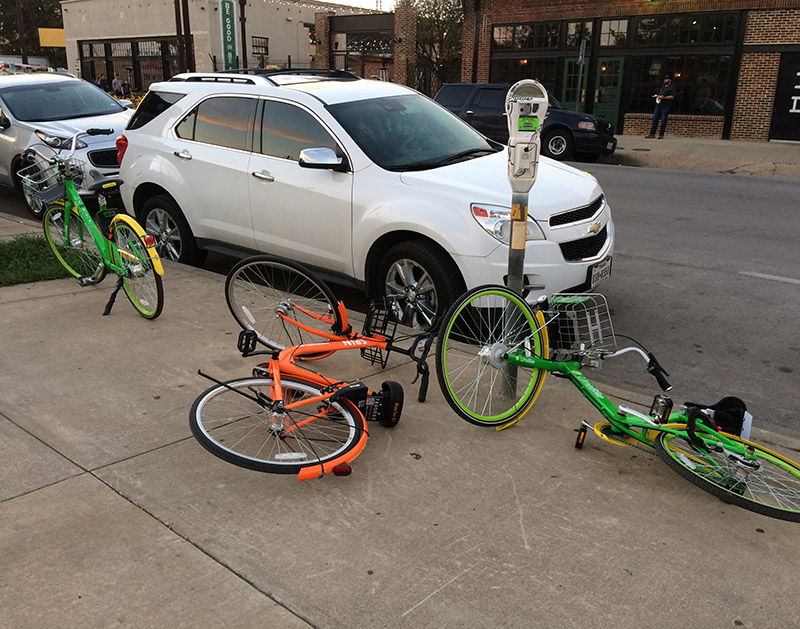 “We want to see how the companies compete with each other and how they can regulate it before we come with any kind of onerous regulation,” city council member Philip Kingston said in an interview with NBCDFW.

Representatives for LimeBike, Spin and VBikes say that their companies each employ crews that are responsible for finding irresponsibly placed bikes and moving them to safe and secure locations. These companies monitor calls from the public in this regard, collecting discarded bikes that people think have been left in inconvenient locations. The companies also check up on their bikes via GPS, which they use to find bikes that have remained in static locations for extended periods of time; those bikes are then collected and placed back into areas in which they are likely to be used again.

That’s a lot to contend with, both from an operational standpoint and in terms of public perception. But if the market is using these bikes and welcoming these transportation additions to the city, then perhaps it’s all worth it.

At the time of this writing, none of Dallas’ bike-sharing companies responded to our queries about how their early entries into the market have fared in terms of revenue. But, from where he’s sitting in City Hall as the city’s bike transportation manager, White guesses that each of these companies has exceeded its initial expectations as to how Dallas might receive their offerings.

By early 2018, though, he hopes to have a more concrete grasp on that.

Says White: “We will go back to City Council at some point early next year, probably in the spring, and provide an update on what’s been happening since these groups started launching over the summer.” 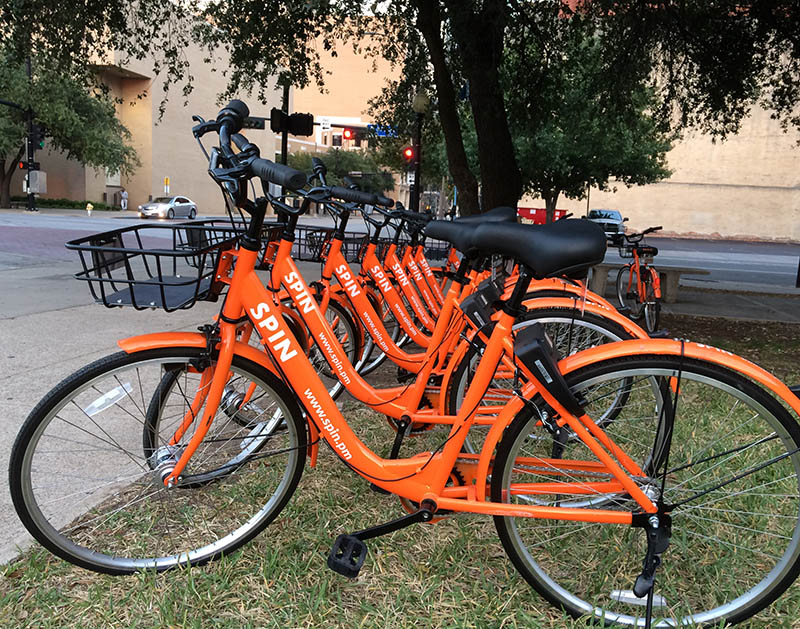