The Big Sick Has A Healthy Perspective. 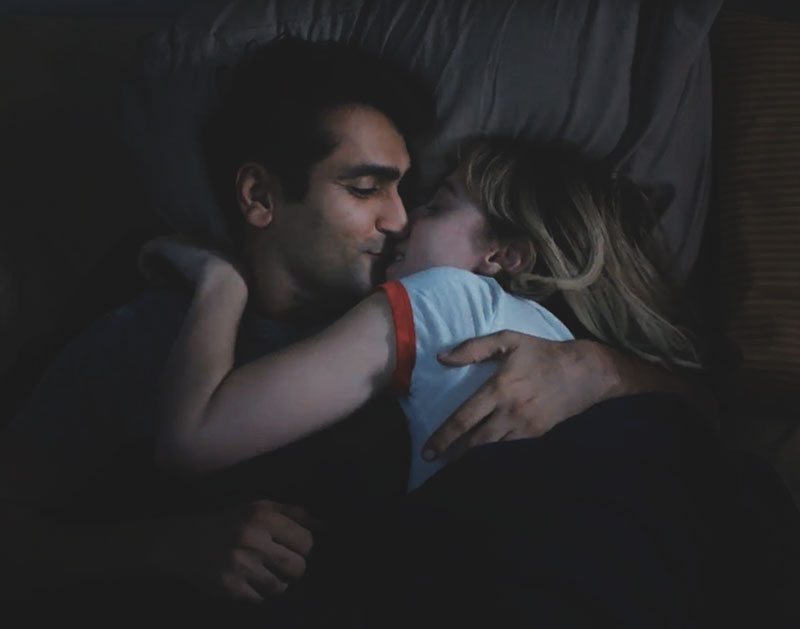 Kumail Nanjiani Pulls No Punches In The Big Sick, A Romantic Comedy Based On His Own Real-Life Struggles With Interracial Dating.

For one thing, it’s pretty hard to find someone that likes you. From there, you then have to work at keeping the relationship going. Now imagine the added friction that comes into when you’re in an interracial couple.

This difficulty, in essence, is a large part of what the film The Big Sick is about — right along with building bridges and coming to terms with one’s own emotional shortcomings. But while, to some degrees, these are familiar territories in film, there’s a big, refreshing difference about this movie and its approach to its themes: This take stars a brown-skinned dude as its lead.

Star Kumail Nanjiani (Silicon Valley) and his wife Emily V. Gordon wrote the film, which is based on their own real-life experiences. With Judd Apatow (Trainwreck, Knocked Up, The 40-Year-Old Virgin) on board as the film’s producer and Michael Showalter (Wet Hot American Summer, The Baxter) as its director, The Big Sick tells a version of Nanjiani and Gordon’s their courtship, warts and all. In it, Nanjiani plays a version of himself — a Chicago comedian and Uber driver who spends his life driving strangers around, putting up with his lame roommate, doing stand-up and constantly being set up with other women by his family.

A first-generation, Kumail is a Muslim Pakistani whose family plans to set him up in an arranged marriage. His mom carries on an old-school version of Tinder and casually invites eligible women — along with their bios and photos! — to various dinners so they can possibly hit it off with her son. Kumail, of course, is having none of that; he’s much more at home in the comedy club where he gets about 10 minutes a night on stage. Then, one night there, he meets Emily (Zoe Kazan) after she heckles him during a performance. After the two date for a bit and then break up, Emily is suddenly struck with an infection that puts her in a medically induced coma (and sadly sidelines Kazan for most of the rest of the movie). In her place come the awesome pair of Holly Hunter and Ray Romano. Together, these alliterate actors turn in quiet but heartfelt performances as Emily’s parents, Beth and Terry, each of which has troubles of their own.

Nanjiani, Hunter and Romano’s scenes together are some of the best in the movie: At first, the parents’ reluctance to trust the man that broke up with their daughter puts up walls between them; later, once those those walls come down thanks to some extraordinary circumstances, the trio clumsily becomes closer to one another through their shared love for Emily.

In all, The Big Sick takes a very safe and familiar rom-com vibe, and tweaks it to explore some deeper issues. For one, the struggle of an immigrant trying to reckon with his heritage while also living the American Dream is always a hard one, but whereas most movies or TV shows that have dealt with this issue — and they are depressingly very few modern ones — usually do so in a blunt and broad way, The Big Sick feels specific and personal and real in its approach. It never vilifies Kumail’s parents for wanting to keep up with traditions, nor does it disparage Emily’s parents for their own prejudices. Much like in real life, there are no villains here, just different backgrounds and perspectives. The Big Sick understands this, knowing well that there’s nothing wrong with upholding old traditions, just as there’s nothing wrong with wanting try different things.

If there’s one “villain” here, it’s Kumail. His fear defines him as person and hurts those around him. He’s afraid of letting his family down by dating Emily. He’s afraid to embrace his feelings for Emily. He’s afraid to try new jokes in his stand-up. It’s only through Emily’s coma and by becoming entangled with her parents that he’s able to get past some of this. Just as the secondary characters in The Big Sick must learn to accept and love one another throughout this film’s arc, so too must Kumail with himself.

In that regard, The Big Sick‘s approach to some modern-day ills is pretty healthy, actually